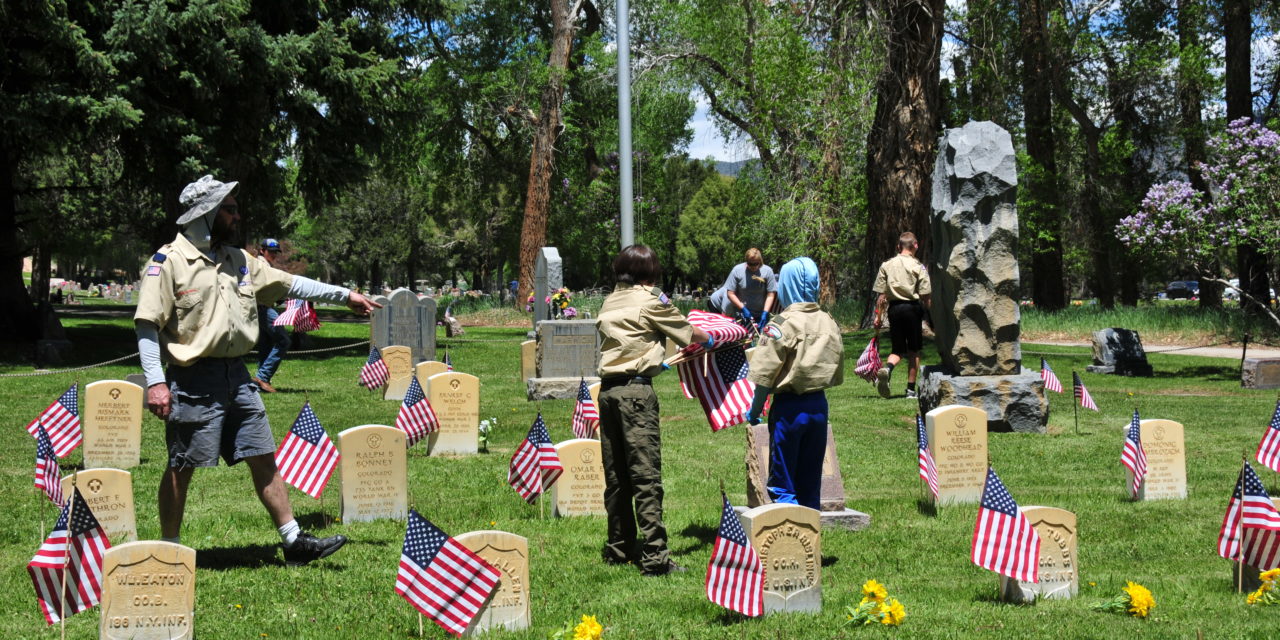 Memorial Day ceremonies will be held in all three Chaffee County communities on Monday, May 31 in keeping with the tradition of honoring those in our military who gave “the last full measure” of sacrifice for their country.

Preparations for those ceremonies this past weekend included providing flags for veterans buried at Fairview Cemetery in Salida.

Carl and Karen Hasselbrink have headed up the volunteers planting flags at Fairview annually ever since Carl heard the effort was going to be dropped – which was some 45 years ago.

“I couldn’t let that happen,” the Vietnam veteran recalled as he watched local scouts and volunteers decorate the graves this year, some dating back many years ago.

Boy Scouts and Cub Scouts and leaders with Troop 60 of Salida met at the cemetery Friday afternoon to plant U.S. flags on all military graves there.

Earlier Friday morning, Karen Hasselbrink and friends were carrying armloads of ‘Old Glory’ around to other graves of those who had served, placing them in the cemetery.

Hasselbrink said despite being older, he’ll continue this patriotic effort until someone comes forward to whom he can pass the baton to remember the sacrifice of these many men and women, each Memorial Day.

Featured image: Salida Troop 60 Boy Scouts and Cub Scouts worked under a full sun on May 28 to plant flags on military graves at Fairview Cemetery in preparation for Memorial Day ceremonies on Monday. The effort has been directed by Carl and Karen Hasselbrink for some 45 years. Dan Smith photo