Memorial Day Remembrance of the Sacrifices Made 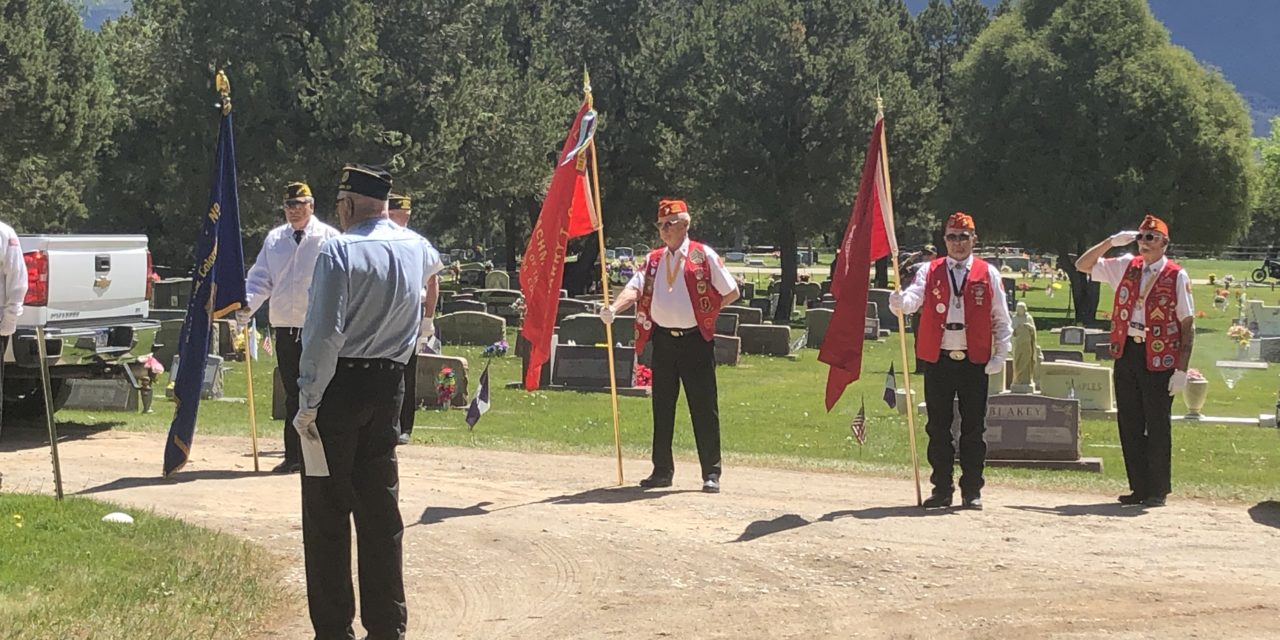 As conflicts continue around the world, the people of Chaffee county remembered the sacrifices of our local service members — those who lost their lives in service to their country. This year’s Memorial Day is particularly bittersweet; marking 75 years since the end of World War II. 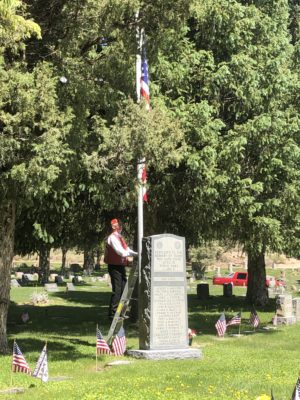 Raising the Flag at the Memorial Day services at Fairview Cemetery. Photo by Michelle Pujol.

The ceremonies at Fairview Cemetery outside of Salida got underway a little after 11 a.m. on Monday, honoring those military service members buried there.

According to the Veterans of Foreign Wars (VFW) Post Vice-Commander, Jerry Cunningham, “There are half a dozen that go back to the Civil War, and several to the Spanish American War. There are about 100 American soldiers who have served buried in three Chaffee County cemeteries.”

On Memorial Day, remembrances are held at these three Chaffee County cemeteries conducted with the involvement of three military organizations: the VFW, the Marine Corps League, and the American Legion. Normally the groups do a parade in Salida, but this year that was canceled due to the coronavirus known as COVID-19.

The VFW color guard presented the colors, and Jennifer Scanga sang the Star-Spangled Banner. Remarks were presented by Joe Beakey of the American Legion and Cunningham. 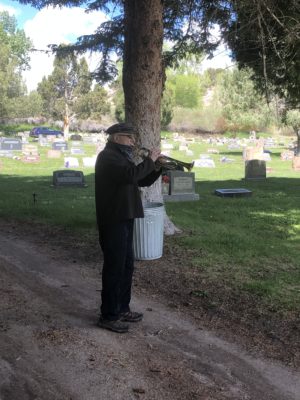 Military Trumpeter Tibor Sarai played taps at the conclusion of the 2020 Memorial Day ceremonies at Fairview Cemetery in Salida. Photo by Michelle Pujol.

He explained the difference between the two American holidays that honor veterans: Memorial Day and Veterans Day.

The ceremony concluded with a three-gun salute and taps, played by trumpeter Tibor Sarai. Sarai was a member of the European Airforce.