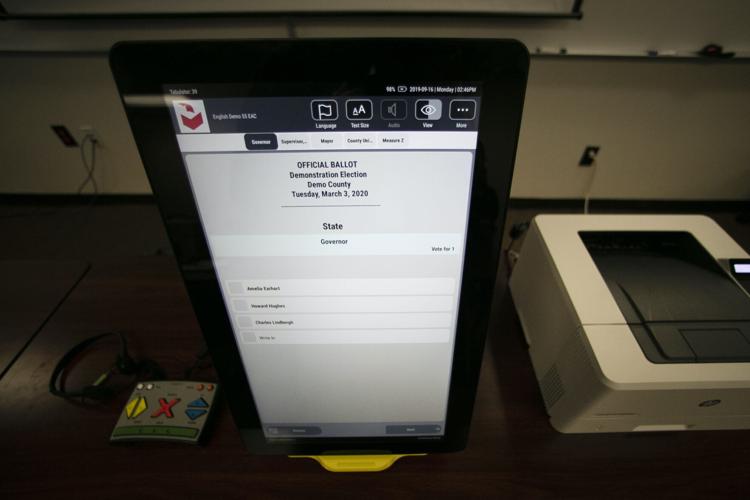 Griswold, speaking during a press conference in Denver, cited a security breach with the county’s voting equipment, “The integrity of these components cannot be established. I have determined it is necessary to take further action.” 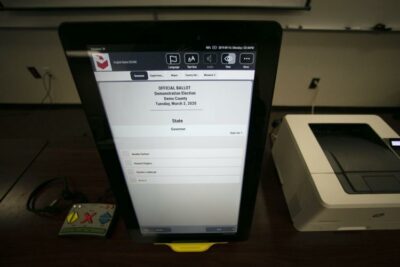 Griswold, a Democrat, said the voting system was compromised when the county’s clerk and recorder “knowingly” allowed a security breach that led to the voting system’s passwords to show up on right-wing websites, and allowed an unauthorized person to access the voting equipment.

In response, Mesa County Clerk Tina Peters, a Republican, slammed the Secretary of State’s probe during an appearance at a symposium, focused on perpetuating former President Donald Trump’s “Big Lie” that fraud occurred in the 2020 election, at which she allowed the county’s election data to be reviewed. She claimed she was being “persecuted” because she is a Republican.

An investigation by the Secretary of State’s office also determined that Peters told county staff to turn off required video surveillance a week before a routine May 25 software update to the county’s election system and that it wasn’t restored until this month.

The incident adds to the controversy permeating the state since last year, related to the outcome of the 2020 election. A letter was sent to Dist. 60 Representative Ron Hanks by Fremont County Clerk and Recorder Justin Grantham, a Republican, called him out for casting aspersions on the results of the election. Chaffee County Clerk and Recorder Lori Mitchell has been repeatedly attacked because of a glitch discovered in a backup video recording machine. Colorado County Clerk’s Association Executive Director Matt Crane, also a Republican, and several other county clerks (both Republicans and Democrats) have been threatened as well.

Fact check: President Joe Biden won a free and fair election by significant margins. There have been more than 60 court cases filed across the U.S. alleging voter fraud in the 2020 election. Not a single one of them was found to be credible and all were dismissed. The head of U.S. elections Christopher Krebs has repeatedly stated that the 2020 election was the most secure in U.S. history. This has not stopped those who continue to allege the fantasy that former President Trump won the election.