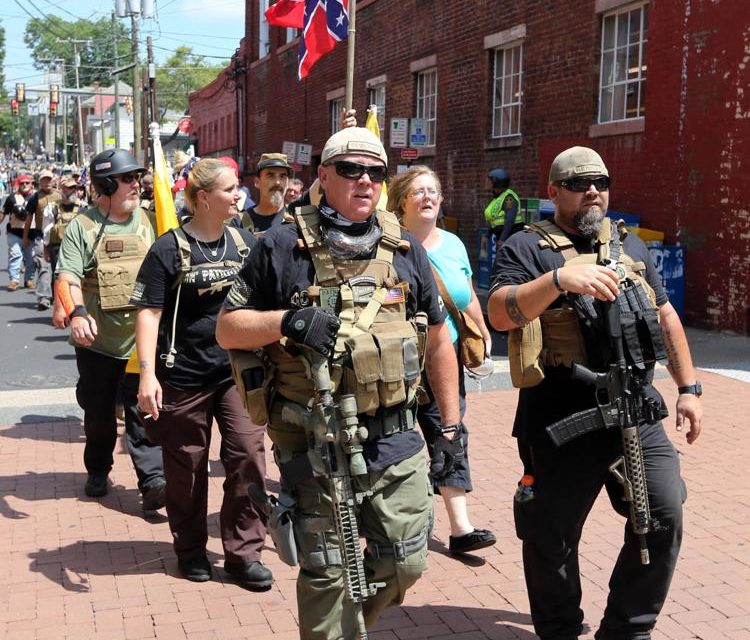 “America united with a handful of troops, or without a single soldier, exhibits a more forbidding posture to foreign ambition than America disunited, with a hundred thousand veterans ready for combat.”

As covered in the two previous Ark Valley Voice  Modern Militia Movement articles, all of the historical necessities for a “well-regulated militia” have been met through modern professional police forces and the National Guard. The question becomes: what might be the purpose of the modern militia movement?

As Madison wrote in the  Federalist 41, and as former Marine Corps General James Mattis emphatically cautioned last week in regards to President Trump’s wish to use military forces against protesters, America divided is not as strong as America united. This same principle can be applied to the expanding militias in the current “patriot” movement. 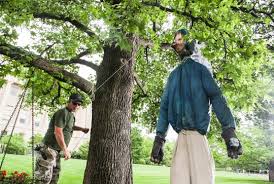 An effigy of Gov. Andy Beshear was hanged from a tree outside KY Capitol. Louisville Courier Journal.

A recent Southern Poverty Law Center (SPLC) report identified twelve anti-government and militia groups operating in Colorado.  Ark Valley Voice research into the groups found in the report was insignificant except for several related to the Three Percenters.

What’s more, 420 members have joined the III% Militia in just the last 30 days, coinciding with the social justice protests going on across the country. Even though these numbers are not shocking by Facebook standards, disturbing recent events, and lack of any moral foundation in these groups should concern most Coloradans.

As suggested in the previous Militia article, Three Percenter members have been increasingly involved in violent acts throughout the nation, particularly in rural areas. To better understand this, Ark Valley Voice examined both their history and current trends.

The Three Percenters was founded in 2008 under the false claim that only three percent of colonists fought against the British in The Revolutionary War.  A 2017 article from The Observer explains why this myth is not true. 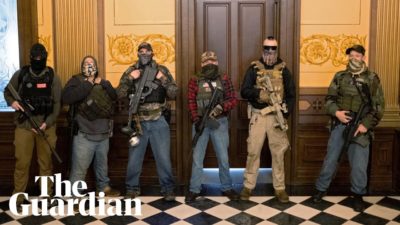 Unlike many wars since the colonial time, the Revolutionary War was not just fought by a standing land army: state militias played a significant part.  Noted historian John Ferling found that the Continental Army was much closer to 100,000 soldiers, not including the militia.

Adding the state militia would have doubled that number, and if you added the African American regiments the numbers go even higher. Tures’ research could not find an exact number, but most records and estimates placed the number of colonists fighting the British closer to 375,000 equaling 15 percent of the population at the time. By comparison in today’s military, less than 0.5 percent of the population is serving.

Tures’ conclusion appropriately highlights the colonists’ participation. “It’s worth noting that even six percent is considered a very sizable number of the population… [and] evidence shows that the war was very popular among Americans… service in Washington’s forces was something to be proud of, not something to be ashamed of, as some on the fringes would lead us to believe.”

Baseing his militia on such a hollow claim, it’s also no wonder the III% group’s cofounder, Michael Vanderboegh, was well known for promulgating conspiracies and acts of violence. In the wake of the 1993 Waco, Texas standoff between the ATF and Branch Davidians, co-founder Vanderboegh wrote about using “snipers who could target secret police, and militia watchdogs” in his call to arms document, “Strategy and Tactics for a Militia Civil War.”

After briefly  “helping” the anti-immigration groups and U.S. Border Patrol round up illegal immigrants in the early 2000s, Vanderboegh mostly guided the group online and in the airwaves. Among some of his most incendiary actions were:

With a name that is based on mistruths, a co-founder who promoted violence at every turn, and a current membership becoming increasingly more violent, it is hard to see how the movement could gain or maintain credibility in the local community.  Which returns to this question:  what might be the purpose of the modern militia movement?