Minimum security inmate Timothy O’Brien (DOC #69221) has been located and arrested in Farmington, New Mexico, according to an update from DOC Public Information Officer Annie Skinner. He will be held and returned to Colorado to face charges related to his escape from the Delta Correctional Center.

Saturday afternoon the Colorado Department of Corrections (DOC) notified the media that the DOC is currently looking for minimum security inmate Timothy O’Brien (DOC #69221) who stole a vehicle from his assigned community worksite and cut his electronic ankle monitor.

His last known location was in Durango, CO at approximately 11:45 a.m. this morning.

He is thought to be driving a 2008 white Chevrolet Suburban license plate number ALS F39.

The Office of the Inspector General is responding to investigate the incident, local law enforcement was notified, and an active search is being conducted for O’Brien. 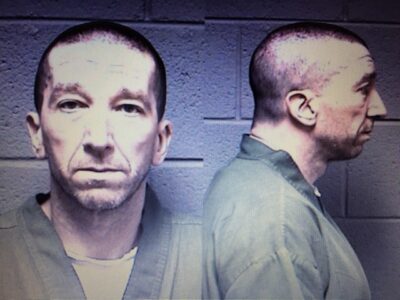 The DOC says that anyone seeing the inmate should not attempt to approach him. Call 9-1-1 to notify law enforcement.