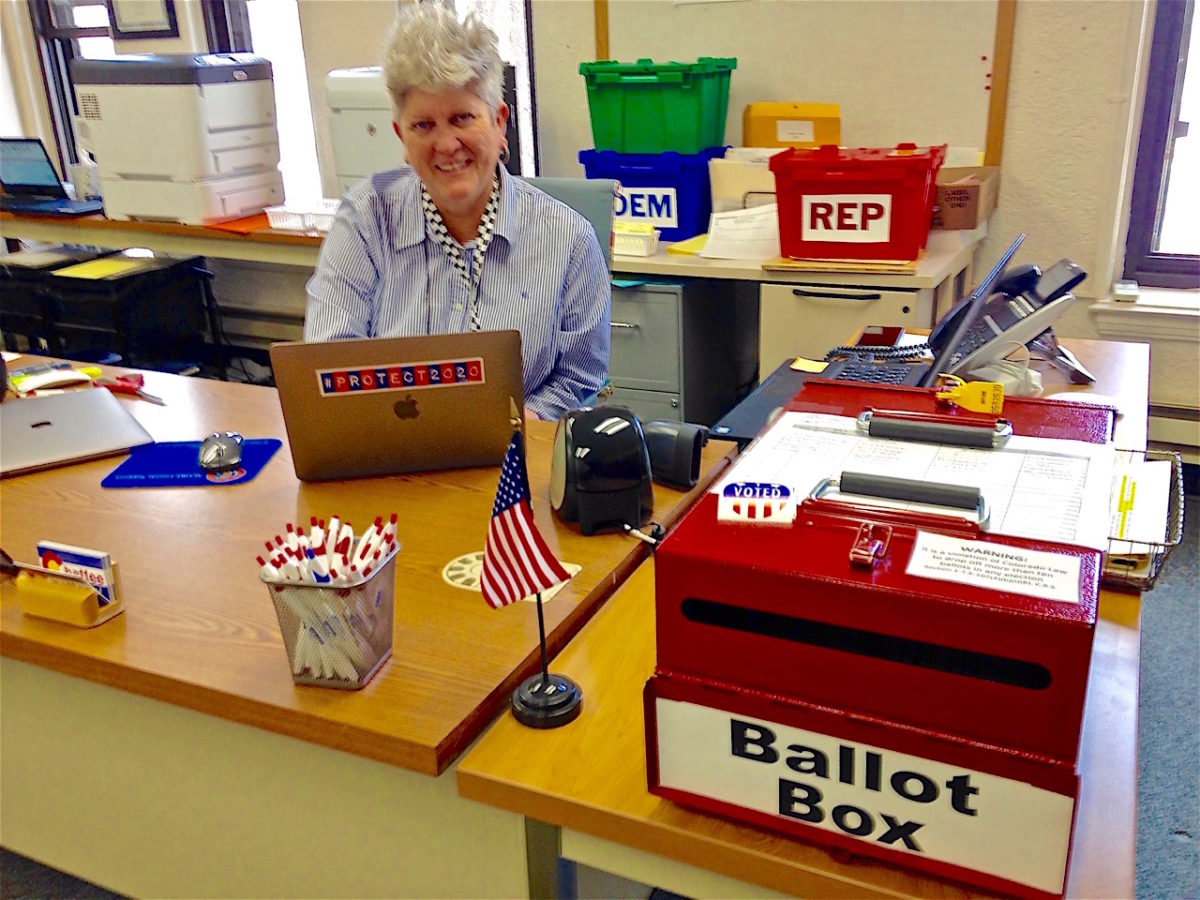 The Presidential Primary Election is coming on ‘Super Tuesday’ March 3 where Colorado and 14 other states and territories will be deciding which candidates they’d prefer to go on to the General Election in November.

Statewide, down ballot candidates will be decided in a caucus process that begins in local precincts March 7 and concludes with the state primary on June 30.

Colorado is regarded as one of the safest states in the nation to cast a ballot due to regulations and safeguards. Chaffee County Clerk and Recorder Lori Mitchell has been running elections here for more than five years, and is known to be a stickler for detail and accuracy.

Monday Feb. 24 was the final date to have a ballot mailed to you within the U.S. for the election. Once completed, voters should drop off ballots at one of the convenient drop boxes, or even vote in person on an electronic tablet at one of the Voter Service and Polling Centers; the County Clerk’s office, 104 Crestone Ave., Salida, or the Motor Vehicle Branch Office at 112 Linderman Ave., Buena Vista.

A number of ballots have already been received, of course, and Mitchell described the process once a ballot is received in the mail. Mitchell said not everyone realizes the complexity and work required for the election system.

“Our standing joke is some folks think you work one time every two years, and it’s a part-time job,” she said. In reality, of course, it’s a complex system requiring constant updates and maintenance, with roughly more than 14,000 registered voters in a county with more than 17,000 residents.

“It’s a full-time job for a couple of folks, and we’re constantly updating folk’s registrations, getting our processes down, checking equipment, making election plans that are required by the state statutes – we had to fill out the plan for this election the day before the last election.”

In some states, purges of voters declared inactive have been in the news recently; in reality, Mitchell says it takes about eight years for a voter who has been inactive, or moved without any notice to the county, to be purged from the rolls.

The procedure this year, with the first primary election for president in 20 years, will soon be followed by caucuses for other down ballot races and a State Primary on June 30.

For the first time ever, 17 year-olds who will be turning 18 on or before the Nov. 3 General Election, received ballots to vote in either major party’s primary, and received a letter from Mitchell alerting them to that fact beforehand.

Election procedures, Mitchell explained, mean a bipartisan team of election judges arrive, travel to Buena Vista to pick up ballots from the 24-hour ballot drop box, return to Salida, pick up ballots from the Post Office as well as the drop box in front of the county building and begin the sorting process, including signature verification and then the ballots go to the counting room. There’s an interface with the registration system to let the voter know their ballot has been received.

“Once they’re in the counting room, ballots are removed with their secrecy sleeves, removed from the envelope so you don’t know whose ballot it is, they shuffle them, they open them, and we scan them through to tabulate them, after judges adjudicate … the ballots.”

At 7 p.m. on election day, an encrypted report is downloaded on a secure thumb drive, taken upstairs and results to that point reported to the state election system.

State election officials can ask for results from a particular ballot to check for accuracy.

As always, voters with questions or problem are invited to contact the Election Department by calling  719-539-4004.

Common tips from elections experts are basic, but sometimes overlooked:

Mitchell is known for some accurate turnout predictions from previous elections, such as 2018’s record turnout. For this high interest primary, she said she’d like to see 80 percent.

“We’re going to see the highest turnout this country’s even seen; we have to be prepared for that and we have to manage expectations for our public – we might not know the results in Chaffee County on election night, we’ll still be posting information, but you might not know,” she said.

Mitchell says while it’s a demanding job, there is a sense of pride when things go well, electors know they can trust the system, “and we do a good job for them – that’s rewarding,” she added.