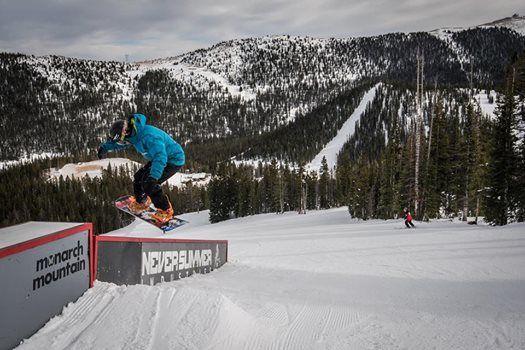 In a move likely to gladden the hearts of ski enthusiasts across Central Colorado, Monarch Mountain announced it would open for weekend skiing, Friday through Sunday as conditions allow, on Nov. 1. The ski resort hasn’t opened this early since 1969.

According to resort officials, this is a full three weeks earlier than the resort’s typical opening day, which is usually before Thanksgiving. It had initially planned to open this year on Nov. 22.

Monarch Mountain Marketing Director Dan Bender said that Monarch received 28 inches of snow in October, including 10 inches in the past 24 hours. It says it now has a 19-inch settled base.

Early season adult lift tickets will be $57 at the ticket window. Lifts will run from 9 a.m. to 4 p.m. (Pioneer, Tumbelina and Caterpillar).

Skiers should visit www,skimonarch.com for the mountain’s full grooming report.

With this announcement, the Outpost location will be closed Friday-Sunday. For a full list of amenities available, skiers can visit www.skimonarch.com.