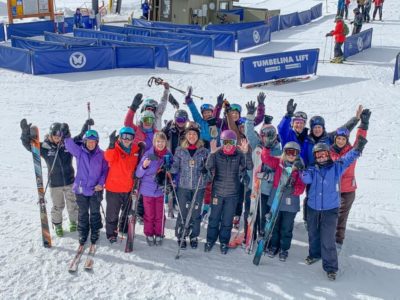 Every Wednesday morning starting at 10 a.m., the Monarch Women’s Social Club meets up for a day of networking and empowering fun. Launched three weeks ago as a way to encourage friendships and allow for women to meet other women with similar interests, the group is now booming, with participation from nearly thirty people each week.

What is the Monarch Women’s Social Club?

The Monarch Women’s Social Club exists as a Facebook page with more than 100 members, a number that appears to grow each week as the word spreads. It is a free membership, and anyone can post an activity suggestion to the Facebook page (snowshoeing, snowboarding, skiing, cross country skiing, movies, disc golf, etc.). Some women have even started to engage in social lunches and happy hour drinks following their morning on the mountain.

The primary focus of the social group, say its organizers, is to promote social networking options for women, to stay healthy and active, and to just have fun through getting to know each other while trying new things. The group extends beyond the borders of Monarch Mountain, with activities generated by any women in the group who are  interested in exploring, teaching and experiencing all Chaffee County has to offer with other ambitious women.

Monarch Mountain’s Marketing Manager Allie Stevens and Event Coordinator Kathryn Wadsworth are the masterminds behind the group’s development, mentioning that they have seen different faces in the back-to-back weeks since the group’s launch. 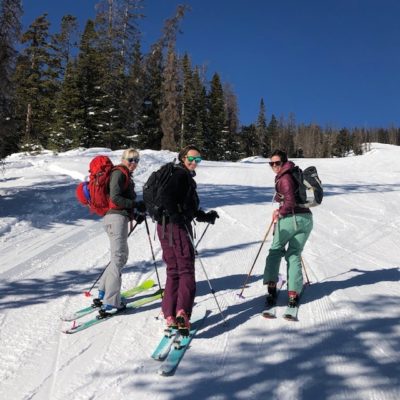 “We want to stress that while Monarch Mountain is the one who started [this] and are currently coordinating the group, we hope that it will be something that sort of self-starts itself and that other women in the group feel like they can take ownership of it,” said Stevens.

For this week’s activity, on January 22, the group will be testing out demos on different terrains from the Monarch rental shop. Wadsworth said “Anyone interested in trying out different skis or snowboards will have an opportunity to try out two different pairs.”

Kathryn Wadsworth has encouraged those who do not have access to the group’s Facebook page, but who would like to be a part of the group’s activities, to reach out to her by emailing kathryn@skimonarch.com or by calling (719) 530-5013. There is currently an email that goes out to members of the group who are not on Facebook announcing the selected activities for the week.