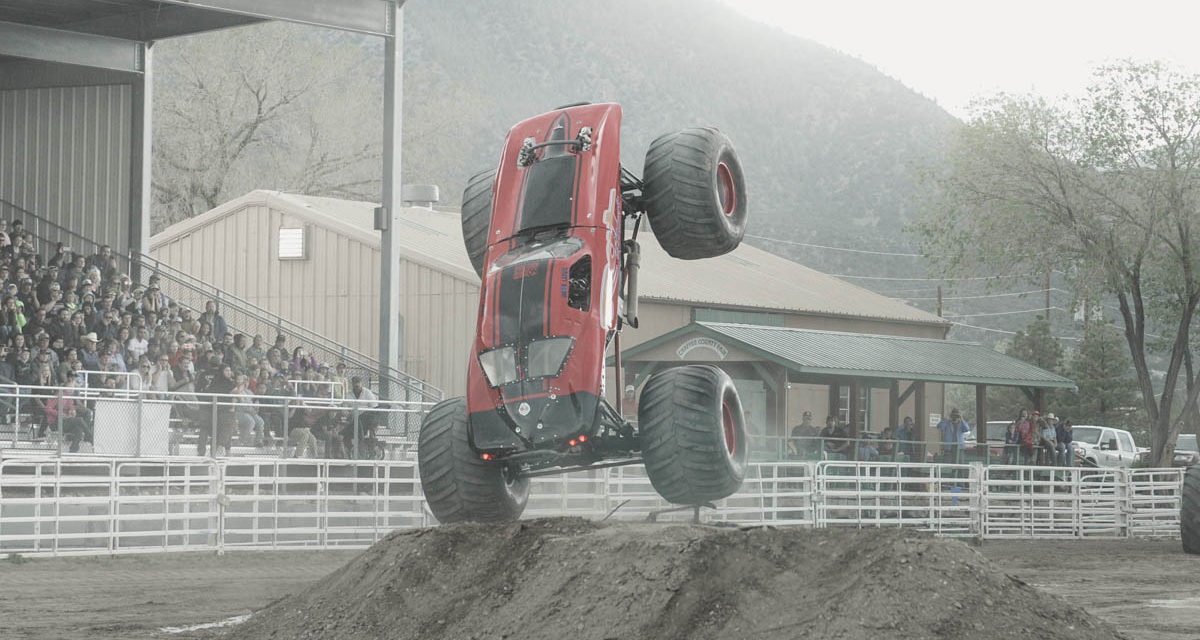 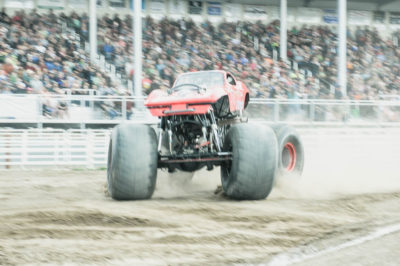 The Monster Truck Rally sponsored by the Chaffee County Fair Board appeared a major success, with the new grandstands packed with cheerful spectators ready for a good time. Photo by Sandy Hobbs.

By all accounts, the first ever Monster Truck Rally held in Chaffee County was a resounding success. It came as a surprise given there were nearly 400 tickets left on Thursday night, June 13, just a day and a half prior to the event. Especially given it was also being held during FibArk weekend.

Chaffee County Fair Board members could be seen in force as people poured into the fairgrounds. They manned the ticketing area at the entrance, as well as the food and beer concessions. 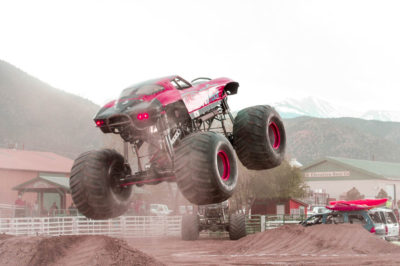 One of the five monster truck promised for the Saturday, June 15 performance at the Chaffee County Fair Grounds. Photo by Sandy Hobbs.

The unexpected attendance caused traffic jams at nearby intersections. Additional traffic direction was needed at the intersection of Chaffee CR125 and CR120. Many people reported waiting between 20 to 30 minutes as traffic was backed up both directions on CR 120 and down to U.S. Highway 50 on CR 125.

The main event did not start until 1:30 p.m. with three monster trucks. Two of the five promised monster trucks were still in transit.

It would have been hard to see where two additional Monster trucks could have fit in the normally spacious rodeo arena. Not to mention, it would have also been hard to imagine adding two more deafening engines to the thunder of the other three. 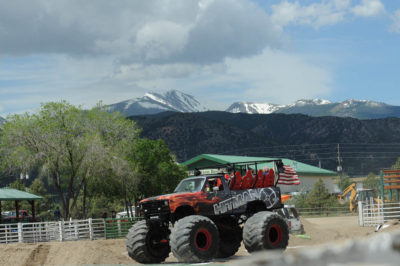 Attendees were allowed an up-close look at some of the monster trucks, on view on the grounds prior to the main event. The Chaffee Fair Board has dubbed the monster truck rally “a resounding success.” Photo by Sandy Hobbs.

Monster trucks are known as Rat Attack, Sniper and Unnamed and Untamed put on a spectacular and legitimate monster truck show, complete with car crushing and high flying jumps. If any of the fans were aware of the two missing trucks they did not show it because there appeared to be only smiles and cheers from all in attendance.

The new, covered grandstands were also tested for the first time in this inaugural event. The stands were packed: there did not appear to be a seat or section available as the grandstands reached capacity. 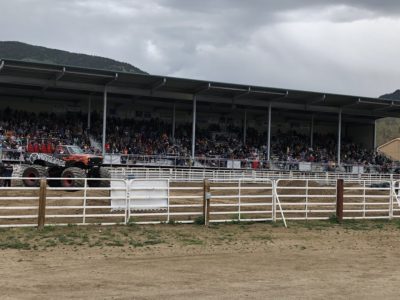 The new covered grandstand protected most of the crowd from the rainstorm in the midst of the Chaffee County Monster Truck Rally. Photo by Stephen Hall.

Attendees did witness a classic Rocky Mountain rain shower where the rain came down hard for about 10 minutes then broke to sunlight. With most seats covered, all but the bottom couple rows appeared to stay dry.

Although the Chaffee County Fair Board has not yet confirmed whether there will be a repeat next year, With this kind of comfort and appeal, Chaffee County is sure to see Monster Trucks again next year.