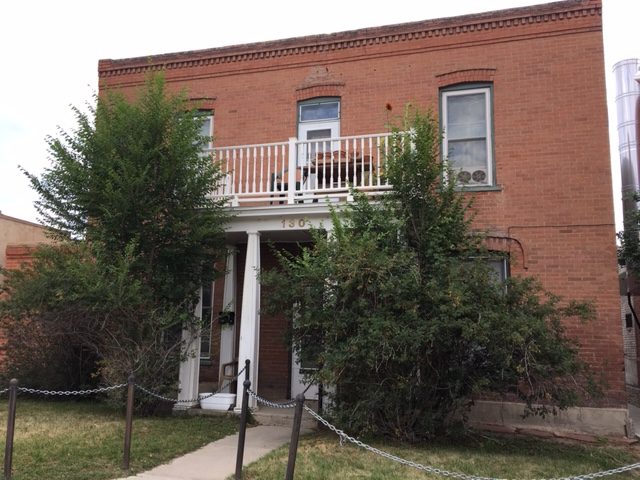 Tenants of 130 E. 2nd St. in Salida were served final notice last weekend from the new owner of the five-apartment building that they have 30 days to move out. Which also means they have less than 30 days to find a place to live that they an afford. It’s the affordability part, they say, that is so jarring about the situation.

We’re all scrambling,” said Daniel Saul, a Salida Public Works Dept. employee who is a tenant in one of the ground floor apartments in the building, located near the Elks Club. “I was the first to find out about [the pre-notice mailing], but the other tenants, some of them travel for work and were out of town. It was a week before they got home and got it out of their mail boxes. 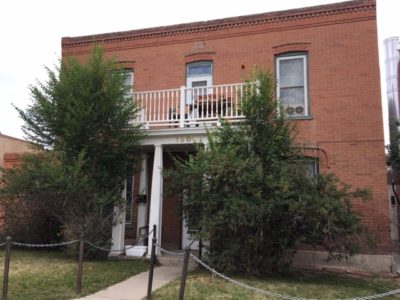 “I think that my plan is to make those into five individual condo[s] – individual ownership and then resell them….you have to realize that the income from the property didn’t even begin to meet the expenses.”

The apartment building has three apartments on the ground floor and two apartments on the second floor. Saul said that all the notice from the new owner said is that it was being closed to do major renovations and remodeling. The notice to vacate terminated his rental contract.

Saul said it was the way it was done that bothered him.“The new owner bought it a little more than a month ago, I think. I was there when he did the building walk through and shook his hand. Then we got a pre-notice that this might happen and a final notice this past weekend. Just like that. We haven’t seen the owner at all – it’s all coming through his lawyer.”

The small apartments have rented for between $600 (Saul’s rent) up to around $750 per month, with all  utility bills included. Simonson confirmed that, but said there was one tenant still paying $400 per month, with all bills included and a garage. That, he said was not sustainable. “It’s the simple facts of economics – when it goes to market at that price point, it’s no longer going to be affordable housing.”

Finding a place to rent for anywhere near the rent he was paying, said Saul is the problem.

“My issue is I work for the City [Saul is with Salida Public Works in the Parks Dept.]. I could maybe live a little outside Salida but not far – we’re on call on weekends. I take calls at 1 a.m. to respond to emergencies and things that have gone wrong. I can’t live way across the county.”

Simonson said he struggled with the decision to give notice to the tenants and it bothers him, but in the end, “They’ve been given close to a month and a half … I thought about displacing those people and the morality of that – but it’s going to happen whether I do it, or someone else does it.”

Saul recently found a place to rent on the edge of town and considers himself lucky. He said the other tenants face problems finding housing to rent too. “Ed is a cook at the hospital – he’s got to be close in. Another guy works for UPS and we’re seeing studio apartment rates at $950 a month. None of us can afford the kinds of rents being charged [in the valley].”

Saul says it’s beginning to feel as if workers aren’t welcome here. “A lot of downtown is becoming Airbnb and VRBO – its a bummer. We’re in a beautiful valley, but the housing is kind of iffy.”

But, he says, he understands why the property was sold. “The building was part of the William Cook estate and Cheryl Cook owned it for years. But I think she had some health things, so it was logical to sell it.”

His concern is the short tenant notice.” What I was rubbed raw about is … if we had been told at the beginning of the summer, ‘hey you’re going to have to move’, instead of at the end of the summer, it would have been a whole lot easier to find a place to live. It’s like he was trying to squeeze the last bit out of us, then kick us out.”

Simonson said he’s pondering how to approach the building. “There are things I need to find out [about the property] to decide what is the best direction to go with that property. I won’t decide that until I have possession and walk through and figure it out, and renovation [work] will take until at least spring.”