The Barry Morphew murder trial is moving forward in District 11 Court in Canon City, in spite of the repeated attempts by Morphew’s defense team to have the trial dismissed. Judge Ramsey Lama issued an order Friday afternoon officially announcing that the murder case against Barry Morphew will move forward to trial. 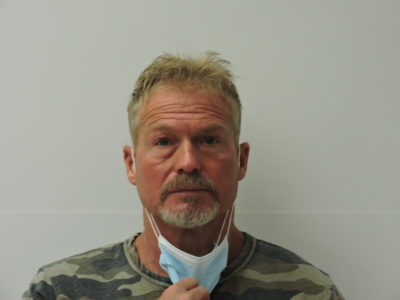 Morphew is charged with first-degree murder of his wife Suzanne Morphew on or around Mother’s Day, 2020, in Chaffee County, Colorado. Morphew’s body has never been found, nor has any trace of her been discovered in spite of intensive search. Her husband was arrested and charged in May of 2021.

Some have called the circus-like atmosphere surrounding the charges and earlier pretrial court dates disturbing. The case has attracted international attention and the media attending the pre-trial hearings has included CBS 48 Hours, Dateline and 60 Minutes, in addition to local and state media.

The defense’s attempts at dismissal are not new. The defense team filed a motion to dismiss the case early on during the pretrial proceedings, claiming that the District Attorney’s office kept valuable information from them about DNA on the victim’s bicycle seat and bike helmet, which might indicate another suspect besides Morphew himself. They successfully got the trial moved out of Chaffee County, and got District 11 Chief Justice Patrick Murphy to excuse himself from the trial.

The defense also requested sanctions because of a comment made during an Internal Affairs investigation by former Colorado Bureau of investigation Agent Joe Cahill. He is reported to have said that he believed that the timing of the arrest of  Morphew when they did was “the worst decision that you can make.”

Prosecutors in the Morphew murder trial may face an uphill battle. In his 20-page order, Lama said that he identified a “continuing pattern” by the prosecuting attorneys described as an “inability and failure to comply” with their obligations to disclose evidence and follow pre-trial procedure. “In the case of a DNA report on August 22, 2021, however, said report was not mentioned at the Proof Evident Presumption Great and Preliminary Hearing or provided to the defense until September 7, 2021.”

In fact, in a March pretrial motions hearing the court sanctioned the prosecution for their continued violations and has excluded 14 out of 16 of their expert witnesses to testify at trial, including witnesses who could testify to domestic abuse, a circumstance that appears to be at the heart of the prosecution’s case.

Lama’s order concludes the prosecution’s actions “amount to negligent, and arguable, reckless disregard” for their duty to abide by court orders and follow pre-trial procedure. However, Lama notes “Considering the witnesses this Court has already excluded as a sanction for the People’s discovery violations, the Court does not find a reduction of the charges to be an appropriate remedy.”

And Lama added that it didn’t appear that the prosecution had willfully or intentionally violated the procedures. Because of that he is allowing the case to move forward to trial, which is expected to begin jury selection beginning April 28, 2022. The trial is expected to take most of the month of May. In response to the Morphew defense team he announced that “dismissal of the case is beyond this Court’s discretion.”

Earlier Ark Valley Voice news articles on the Morphew murder case can be found at: