Nate Lord has been inducted into the FIBArk Hall of Fame in recognition of his outstanding sportsmanship, winning athleticism and exceptional contributions to the sport of whitewater paddling. Lord was a coach and athlete who was a fixture of the FIBArk river events for more than a quarter-century.

As the founder and coach of the Dawson School Canoe and Kayak team as well as the founder and President of Team Colorado Whitewater Racing Club, Lord brought hundreds of young athletes to train and race at FIBArk and other events on the Arkansas River. Lord was also a devoted competitor in open canoe slalom and downriver events including multiple OC-1 and OC-2 medals in the signature 26-mile downriver marathon.

Lord’s presence was often felt with the emergence of one or more buses/trailers with a mix of young veterans and FIBArk first-timers for a week of training before the festival began. Races and continued traditions need new participants and Lord provided them for more than 28 years with racers and their families becoming regular volunteers for river events. 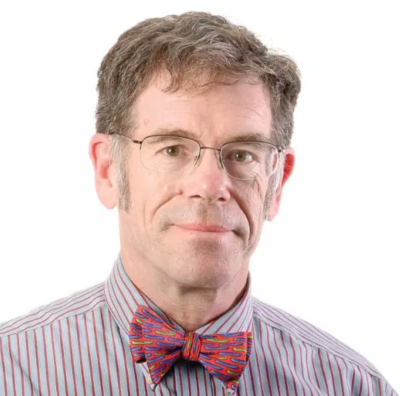 Lord founded the Dawson School Canoe and Kayak Team as a varsity letter sport in 1993. In 2021, he founded Team Colorado Whitewater Racing Club.

His athletes regularly medaled in slalom, downriver and freestyle events at FIBArk, and many young people on his teams went on to become members of the United States Junior Wildwater Team and Slalom team. Not only did Lord introduce Colorado’s young athletes to the world, but Lord also shared FIBArk and the Arkansas river with athletes from around the world, arranging for athletes and coaches from Spain, the Penobscot Nation, and elsewhere to train and race the Arkansas. Lord has been passionate about making canoe and kayak racing a fully inclusive, diverse lifetime sport.

Lord started racing open canoe in 1982, but actually began his canoeing career in 1963 when he built his own kayak and won an award at Camp Hemlocks for canoeing enthusiasm. Lord grew the sport of canoe and kayak racing while also helping to keep river events vibrant. More importantly, he used paddling to make a difference in the lives of generations of men and women who found lifelong skills, passion and transformation on the Arkansas River.

Established in 2008, the hall of fame recognizes individuals who have made significant contributions to FIBArk and whitewater paddling.