The county has jurisdiction because the town was never incorporated. “The plat is from 1880s” said Planning Manager Jon Roorda. “I know the McMurry’s own that ditch, but I don’t think even the McMurry ‘s were there in the 1880s. So there is a need to preserve this for access to the ditch and the overhead power line.

Commissioner Keith Baker asked “is there a need to preserve right-of-way for any unforeseen utility needs that might come up – fiber optic line for instance?”

Roorda responded that it is very common to preserve a utility easement on the parcel, even when a road right-of-way is removed. None of the property owners objected to a 30 ft. easement remaining on the section, which is vacant land except for the power lines.

Commissioner’s unanimous approval of the road vacation, brings the parcel back onto the county’s tax rolls, some 130 years after it was first designated as a road right-of-way. 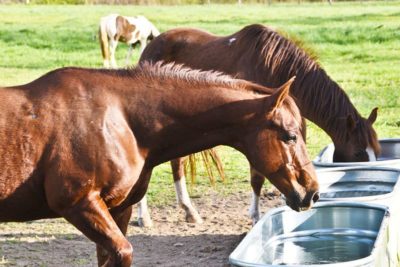 For those not familiar with the term, a Heritage Water Exemption is a historic water right granted to rural parcels for purposes of protecting a well or water right. As the county’s rural land is increasingly being divided and sold off, it is possible to retain these “heritage” water rights, often related to an existing well, for a portion of the original land. Often they are the original wells for ranch residences (such as Centerville Ranch, where the heritage water right stayed with the five-acre parcel containing the ranch buildings.)

The McConaghy Heritage Water Subdivision Exemption is part of a land subdivision located at 11100 CR 194, Salida. The request, related to the division of a 59.8 acre parcel into two lots; Lot 1 of 2.5 acres, and Lot 2 totaling 57.2 acres. The division created an odd-shaped parcel which Roorda said is becoming more common. In this case, the heritage water right is requested to stay with the larger parcel.

Roorda confirmed that heritage water can be assigned to either the larger or smaller parcel, but if that lot is subdivided again, the lot owner won’t be able to protect that well right.

The Wilson Dulbecco Heritage Water Subdivision exemption presented commissioners with the same situation; in which the heritage well was requested to stay with the larger lot. The property located at 13250 R 353, Buena Vista has both a heritage well and an augmented well. The proposal, to divide the 36.5 acre lot in two; a 33.5 acre parcel known as Lot 1, and a three acre parcel designated as Lot 2. The property has a heritage well and an augmented well acquired in the past 10 years.

“It seems by creating a lot with two wells, they are doing more than necessary on that lot and will get another augmentation certificate for the second lot,” said Felt.