The U.S. House wasted little time on Tuesday in moving toward impeaching Donald Trump, and named two Colorado lawmakers to a nine-member panel of impeachment managers.

The House began debate on an impeachment resolution Wednesday in reaction to the deadly Capitol riot a week ago that breached the building, left five people dead and lawmakers scrambling for safety after they convened to confirm the Electoral College’s votes. A final vote on impeachment is expected Wednesday afternoon, with House Democrats and at least five Republicans expected to vote in favor. Wyoming’s Liz Cheney, the third-ranking House Republican, delivered a scathing assessment of Trump on Tuesday, declaring she would vote in favor of impeachment. 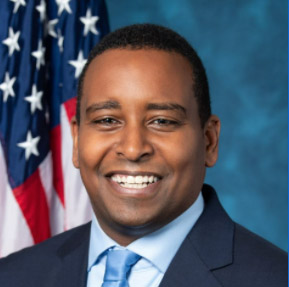 Representative Joe Neguse of Lafayette has been selected to serve a leadership role on the impeachment of President Donald Trump. Courtesy photo.

Reps. Diana DeGette of Denver and Joe Neguse of Lafayette were selected to the group if the impeachment effort moves to the Senate. Aurora’s U.S. Rep. Jason Crow was an impeachment manager in last year’s impeachment proceedings against Trump. A Democrat, Crow said on Wednesday that many of his GOP colleagues are afraid for their lives to vote for impeachment.

The House met Tuesday to vote on urging Vice President Mike Pence to invoke the 25th Amendment to remove Trump from office without a Cabinet vote, but Pence said it wouldn’t be in the best interest of the country as it prepares to inaugurate Joe Biden.

“When the House votes to impeach President Trump for inciting insurrection on our nation’s capital, I will vote yes,” Neguse said in a release. “And it will be my humble honor to serve as an impeachment manager for the Senate trial and finish the work I began the morning of January 6th to defend our Constitution. 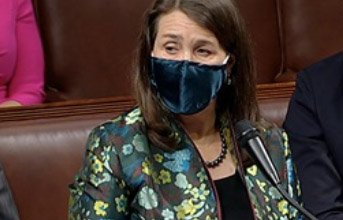 “The President has betrayed his oath of office, and he is no longer fit to serve. His removal is of the highest urgency. Impeachment is a solemn duty, and one I don’t take lightly. Yet, at our present moment, it is our only option,” he said.

“I am honored that Speaker Pelosi has asked me to serve as an impeachment manager and help defend our Democracy during this critical moment in our nation’s history,” DeGette wrote.

“There is no doubt that through his actions in recent weeks, President Trump is now one of the single greatest threats to the safety and security of our nation,” she added. “It’s important, for the sake of our Democracy and the future health of our nation, that he be held fully responsible for his crimes. He should be removed from office immediately and I look forward to doing my part to ensure that happens as soon as possible.”