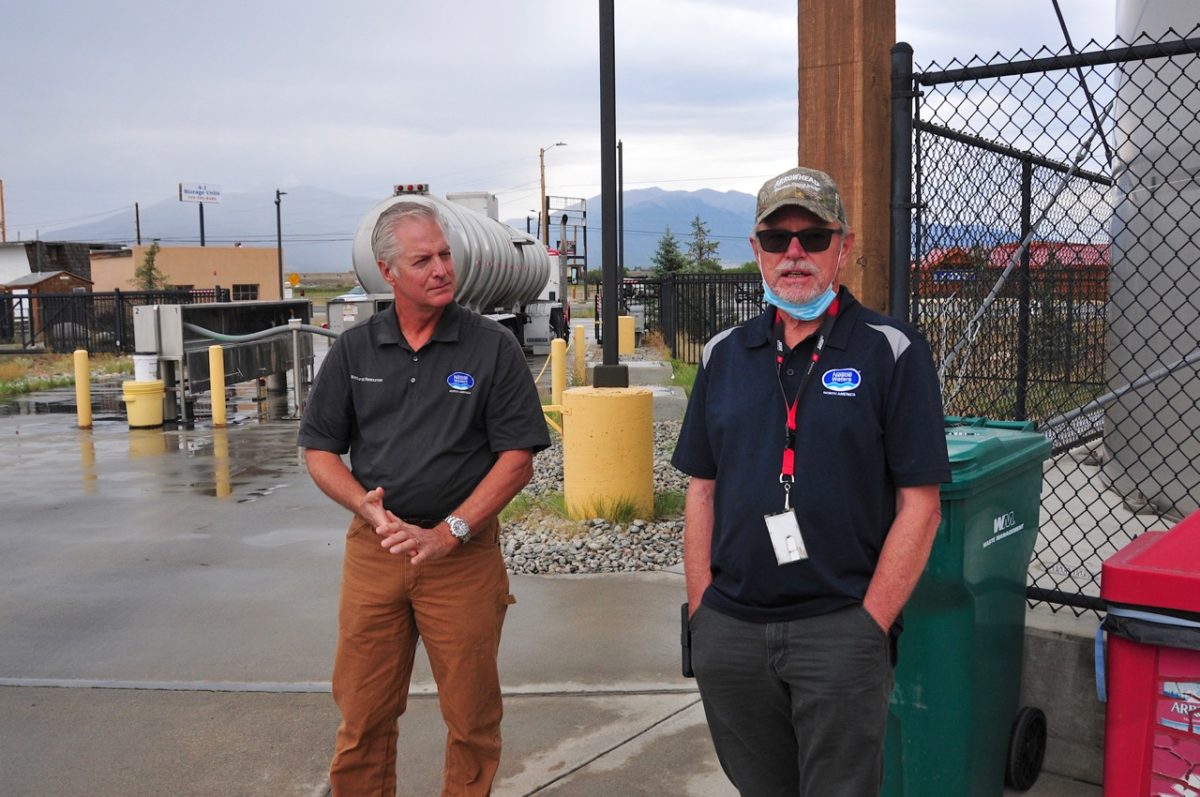 Editors note: This is the second of a three-part series examining the proposal to renew the county 1041 permit for Nestlé Waters North America.

With public hearings upcoming on whether Chaffee County should grant a 10-year extension with Nestle Waters North America (NWNA) of its 1041 permit to pump water from a local aquifer to truck to Denver for bottling as Arrowhead Spring Water, a review of the agreement’s history is informative.

The initial 1041 permit approved in 2009 was new legal ground for the county at the time.

Nestlé purchased more than 100 acres of land from the late Frank McMurray, the Big Horn Springs, in 2007; reportedly for more than $850,000. Nestlé had planned to pull water from that spring, but NWNA Natural Resources Manager Larry Lawrence said the company decided against using that spring over environmental concerns. A promised conservation easement on that property at the time has yet to be completed.

Nestlé also purchased the onetime fish hatchery property from Harold and Mary Hagen on the site of the Ruby Mountain Spring. This is the spring that Nestlé now taps for the water it takes from Chaffee County. The 11 acres reportedly sold for more than $2,800,000.

Nestlé established a pumping station at Johnson Village after buying about 1.4 acres of land and the liquor store owned by Steve Hansen for $1,125,000. The store was torn down at the site and the pumping station with large storage tanks built on the site, connected by miles of pipeline from the Ruby Mountain Springs pump house.

State water law requires use permits to include replacement (augmentation) of the water they extract, under complex rules mindful of numerous water rights, especially of those with senior water rights downstream on the Arkansas River.

Terry Scanga, head of the Upper Arkansas Water Conservancy District, explained that while the district didn’t agree then to lease the company water for its replacement, it was able to strike an agreement for the water with the City of Aurora. That agreement ended at some point; the district now does lease the replacement water to Nestlé, contingent on it being placed into the river upstream of its spring site.

The district received more than $152,000 last year from Nestlé for that replacement water.

The original 1041 pact would allow Nestlé to pump as much as 65 million gallons annually from the spring. But local officials say that currently, the amounts pumped never approaches that limit.

At the pumping station, up to 25 large tanker trucks per day (Nestle says currently only eight to 10 are running) are allowed to fill up with the water collected in a 30,000-gallon storage tank on-site, and then drive up U.S. Hwy 285 about 130 miles to the Denver bottling plant, where it is treated and packaged in plastic bottles for sale in hundreds of stores around the state.

Lawrence said each of those trucks weighs about 87,000 pounds fully loaded, so drivers take their time getting to their destination. The firm doing the hauling, D.G. Coleman, has a good safety record.

Scanga, who has dealt with water law and water issues for decades, said from his perspective Nestlé has met the requirements of their 1041 permit regarding the water regulations.

Opposition groups, including Unbottle and Protect Chaffee County Water and the long-established environmental group 350 Central Colorado disagree and point to other permit conditions such as hiring local truck drivers, they say have not been met.

They are also critical of what they term is a lack of real oversight of the operation by the county.
Nestlé, portraying itself as a ‘good neighbor,’ has financially supported community causes and provided funds for educational programs.

These include paying a half-million dollars into two education endowments for Salida and Buena Vista schools. It has made $20,000 in one-time donations;  including $10,000 to the Chaffee County Community Foundation, as well as contributions to the Boys and Girls Club; local Trout Unlimited chapter, and others.

Thousands of cases of Nestlé Water were also donated to Food Bank of the Rockies and other entities.

Critics often say while commendable, those community benefits are relatively minor in comparison to the profits the company garners from its bottled water sales and the loss of county water as a resource.

We’ll explore more specifics of the pros and cons of this contentious issue in our next report.

Public hearings on the proposed permit renewal are scheduled for 5:00 p.m. Oct. 20 and 9:00 a.m. Oct. 22 at the Chaffee County Fairgrounds. Attendance has to be limited due to COVID-19 concerns, but the hearings will also be available for viewing online.