There is no shortage of controversy surrounding the Thursday, Jan. 18 news that private equity investment firms One Rock Capital Partners, LLC (One Rock) and Metropoulos & Co. have entered into an agreement to purchase Nestlé Waters North America (Nestlé NA).

The company is in the midst of a 1041 permit renewal review with Chaffee County for its Ruby Spring asset.The 1041 regulations allow local governments to identify, designate, and regulate areas and activities of state interest through a local permitting process. 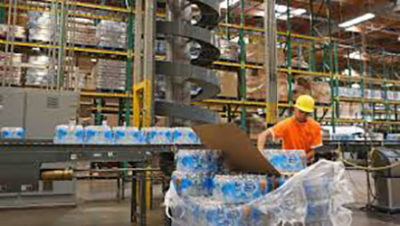 While the county issued a statement that it had received word of the purchase agreement along with the rest of the world — via a national news announcement from Nestlé Waters North America —  public relations representative Catherine Herter Ervin has assured Ark Valley Voice that they were notified as soon as the regulatory requirements allowed.

“While the county may have seen a press release, an earlier personal notification about the acquisition was not possible due to regulatory requirements, which stated that public notification (the press release had to occur immediately after the agreement was signed,” said Ervin.

“The press release was sent late at night after the agreement was signed (10:30 p.m. EST) on February 16. Employees were notified at the same time the release went public. The very next day we sent a written notification (followed by a phone call) to the [Chaffee] County attorney,” she added. “We’ve also subseq2uently answered their follow-up questions. Since we are not allowed to communicate directly with the County Commissioners, due to our active permit process we are only able to engage with county staff, which we did.”

The unknown, of course, is the impact of the purchase agreement on the company’s North American brands, including the Arrowhead brand bottled from the Ruby Mountain spring at the center of the Chaffee 1041 permit application.

The current parent company, Nestlé S.A., is a Swiss multinational food and drink processing conglomerate headquartered in Vevey, Vaud, Switzerland. Since 2014, it has been confirmed to be the largest food company in the world, measured by revenue and other metrics.