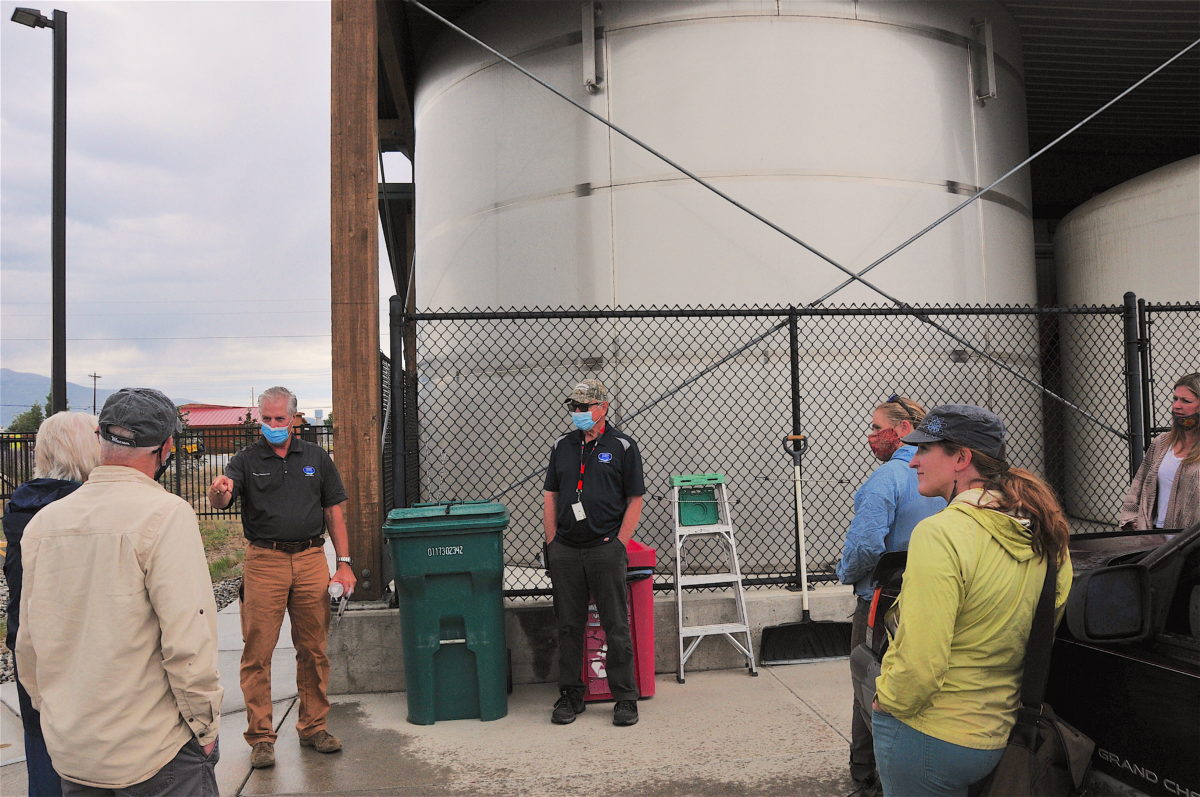 Editors note: This is the first of a three-part series examining the proposal to renew the county 1041 permit for Nestlé Waters North America.

For two days later this month, Oct. 20 and 22, Chaffee County Commissioners will hear from citizens and organizations in public hearings on the proposal to renew a 1041 permit granted to international conglomerate Nestlé Waters North America. If approved, the permit would allow Nestlé to continue to pump and truck local spring water it later sells as bottled water.

The original permit, granted by then-commissioners in 2009 was a controversial decision and the renewal has also generated opposition from activists who want the county to end the agreement.

Basically, the company pumps millions of gallons of water from the Ruby Mountain Spring in the north county annually, pipes it to a collection tank and pump station at Johnson Village, where it is loaded onto tankers, driven to a Denver bottling plant, and sold as Arrowhead Spring Water in plastic bottles.

The original (and current) agreement allows Nestlé to withdraw as much as 65 million gallons of water from the aquifer. However, company officials say Nestlé draws less than half that amount currently.

The original permit granted to Nestlé in 2009 was opposed by many residents, and an organized resistance to renewing the agreement has recently been mounted.

Larry Lawrence, Resource Manager for Nestlé Waters North America spoke with Ark Valley Voice recently about the agreement, what it provided both the company and community, and how the company has met the 1041 permit requirements, which some opponents of renewal dispute.

An engineer by profession, Lawrence has been with Nestlé Waters since 2003, and came to Colorado in 2019. He says he was already aware of the project through technical reviews with earlier resource managers prior to joining this assignment.

Lawrence said an earlier resource manager (Bruce Lauerman) was assigned to this area, and Lawrence took over in 2019. Looking for a water source closer to Denver, he said was a priority.

“The Arrowhead brand was marketed in New Mexico, Colorado, Idaho and a portion of Montana, all from California,” said Lawrence. “In reviews of not only our physical footprint but our carbon footprint and other aspects, where would we want to locate another factory? So Denver was chosen because of the reach we would have from this factory and to cover this market, which was a pretty good size bottled water market,” he added.

The factory was built in 2006, producing Nestlé Pure Life, a purified water from the municipal water system in Denver. Nestlé soon realized they wanted to produce the Arrowhead spring water brand. The prior Nestlé representative reviewed area springs and contacted various water agencies to see if they knew of any potential spring sources.

The Hagen Fish Hatchery on the Arkansas River, no longer in operation, was identified by the Colorado Division of Water Resources. Nestlé reached out to the Hagen family and reached a letter of intent for purchase at that time.

Lawrence said that at that time, they did several different studies. These included hydrological, environmental, and biological, to determine the impact of water collection there, water level withdrawal potential, and to determine the sustainability and volume of the site.

“A-number one for us is we never want to be in a position to where we recommend to the company to purchase a spring source that is non-sustainable,” said Lawrence. “…that would be a huge mistake for us, and it’s not a good business decision at all.”

The sites were studied to confirm a reasonable withdrawal rate to allow for replenishment at a sustainable rate. Another site, Bighorn Spring was reviewed, and because it did not meet replenishment rates, was not developed with Nestlé opting in favor of Ruby Mountain Springs.

Prior to that, Lawrence said other resource managers had looked at many other sites but they were ruled out for various reasons. In some cases it was because the water rights had been sold, even though there was a viable spring. According to Lawrence, springs in the eastern and southern U.S. are quite different than those generally found in the west.

It is an understatement to say that water issues are complex, especially in the west. Once the local site was selected, Nestlé reviewed what local and state government rules were for the permitting process.

The 1041 process in Colorado and in Chaffee County at the time was fairly new, and Nestlé, said Lawrence, was one of the first companies to enter that process.

“The spring here at Ruby Mountain Springs is similar to other mountain springs we see in the west. One of the differences here is we do have the Arkansas River running adjacent to the spring source,” he said.

The Nestlé operation includes the pumping stations at the spring site and long lengths of piping underground connecting to the Johnson Village property. That facility includes a large 30,000-gallon storage tank and pumps. Here, the water is loaded to tanker trucks that weigh about 87,000 pounds when full, which make the trips to the Denver bottling facility.

According to the permit, about 25 truckloads are allowed to run on U.S. 285 daily.

Next, we’ll review some of the issues and local opposition to the Nestlé 1041 renewal.