New and reelected BV School Board members sworn in 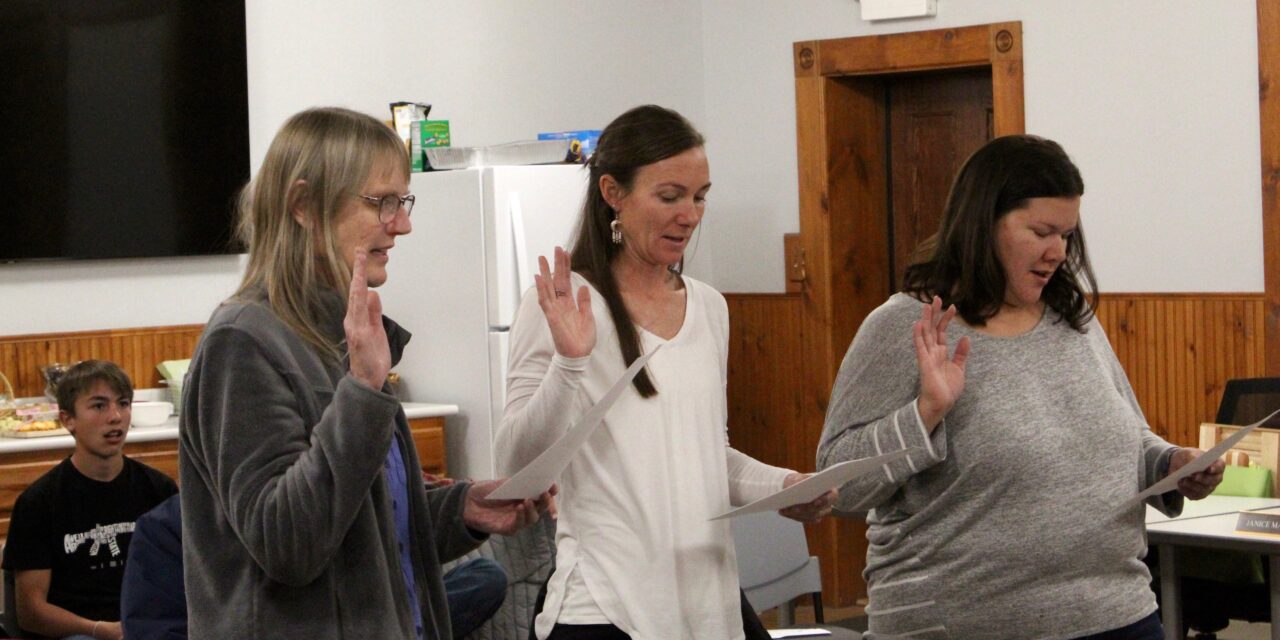 The Buena Vista School Board held a special meeting on Monday, November 29, to swear in their new and reelected officers Lynn Montoya, Nancy Best, and Jessica Crites, and to thank departing board members Ken McMurry and Erik Phillips.

The consent agenda was approved unanimously, and the board quickly moved into a brief reception for McMurry and Phillips, with board members taking turns to express their appreciation.

“He represents from our community the hardworking man, get up early in the morning and work hard for your family,” said Superintendent Lisa Yates of Phillips, who was not in attendance. “His humor and goodwill will be missed, and I’m thankful for the time that he gave.”

“Sometimes you think you got everyone on the same page, and then Erik will say, ‘Well let’s look at this from a different point of view,’” said board member Stacey Moss. “I do appreciate his making us look at an issue from every angle.”

“He would also be the first to tell us that he had big shoulders,” added Hachmann, “and that if we do something people don’t like, he would take it. So there are some big shoes to fill, big shoulders.”

About McMurry, Hachman said she appreciated his knowledge and background in education. “But mostly, what comes to mind is your care for this community, and it really shines through. This school district is better because you served on this board.”

“I’ve watched Ken for years,” said Brett Mitchell. “I had some interaction with the board in previous years, and I always respected the idea that Ken was looking out for the kids. I didn’t always agree with where he was going, but I knew that he knows what the kids were talking about, were thinking, and he was right there to support the kids.”

“Thank you for offering your knowledge to me and just being a listening ear when I call you up and have questions about this or that and just trying to understand what I was doing,” said Crites. >

“The focus was the school, but you guys made it special,” McMurry said. “One thing I want to ask of the board….I ask that you talk to the students when they share their school experiences. It’s about the students, and to engage with them is special. Don’t miss it.”

“The time committed, the challenges faced, the frustrations felt,” he said to Best and Montoya, “are quickly diminished when you get to give the kids their high school diplomas.”