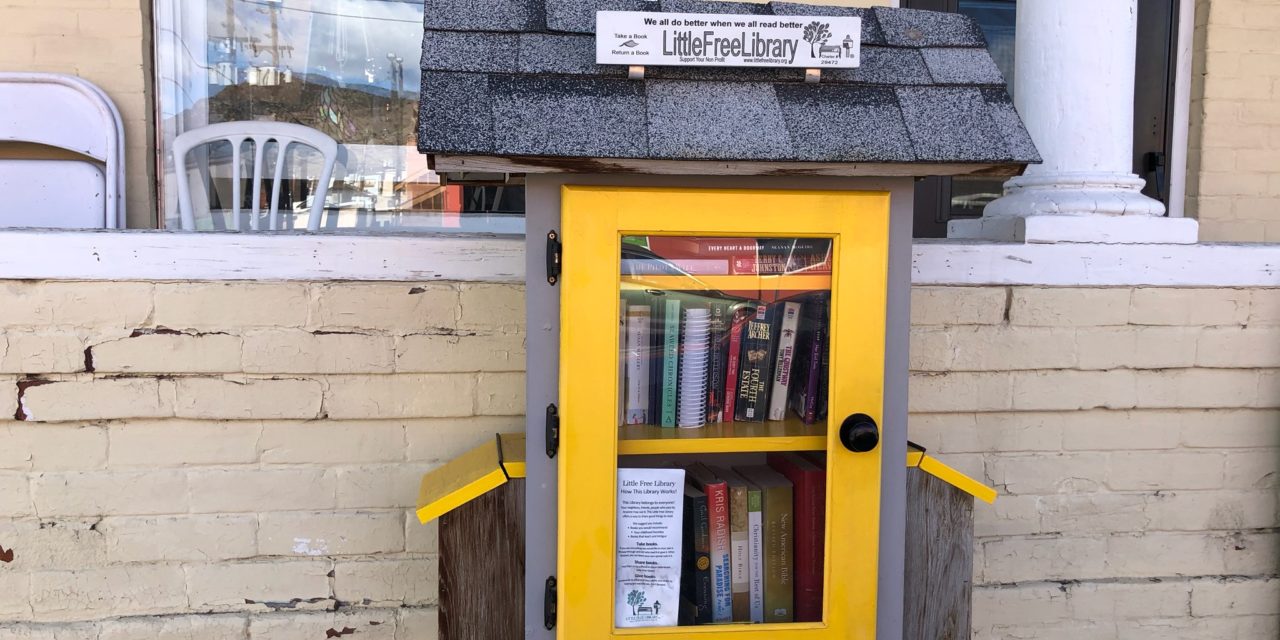 No matter if one lives in a small town or a big city, the sight of Little Free Libraries is a genuine sign of neighborliness; curbside books free for the taking, to be returned when you’re done reading the book. But these days the future of the nonprofit organization is in question as the family disputes both the family legacy, and the legal trademark that is its identity.

For those uninitiated, Salida has at least two such Little Free Libraries, one right in front of KHEN Community Radio Station (124 East 3rd St.), and  the other on F St. in front of the house formerly owned by former City Administrator Dara McDonald. There is one Little Free Library location at 531 South Railroad in Buena Vista, and a fourth located in Johnson Village at 11260 CR 302.

All of these book depositories see activity, as folks pick out a book, return a book, or add to the book stash in a constantly recycling effort that reinforces both neighborliness and literacy. 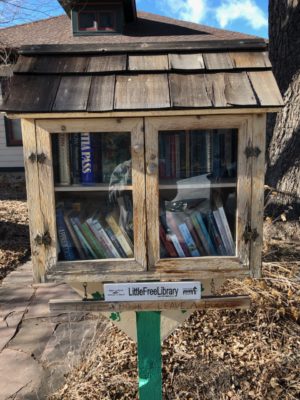 These usually handmade cabinets come in all sorts of shapes, sizes, and colors, adorned with whimsical and often quirky elements. Each one is personalized, all are instantly recognizable as boxes of literary treasures, free for the taking.

The boxes were the brainstorm of Todd Bol, whose simple message of goodwill and literacy lies behind a nonprofit movement that has expanded to 91 countries.

The 501(c)(3) non-profit Bol founded started with what Bol referred to as “a small seed.” He built a book box in his garage and put it in his front yard and donated some books. He watched the concept spread through his Hudson, Wisconsin neighborhood.

Soon it spread to the Twin Cities and across the country, leaping national shores to be a global movement. To become a Little Free Library, all that was needed was a $40 registration to be able to use what became the universal descriptor of the globally-recognized name. Registrants receive an engraved plague that certifies the box as a “Little Free Library.”

But recently, the founder’s family and the nonprofit he founded, have been faced with a deluge of unregistered boxes from online retailers. That legal battle is focused on who gets to use the term “Little Free Library.”

Bol, who died a year ago of pancreatic cancer, sent a message to the world shortly before his death: “I really believe in a Little Free Library on every block and a book in every hand. I believe people can fix their neighborhoods, fix their communities, develop systems of sharing, learn from each other, and see that they have a better place on this planet to live.”

That peaceable message was contradicted beginning in November 2018, when his younger brother Tony, who had stepped in as interim executive director when Bol fell ill, left the company saying he had been fired. Two months later in January 2019, Tony, living in the family hometown of Stillwater, MN, started a for-profit company called “Share With Others” that sells pre-made boxes as storage areas for books (as well as other items) and began marketing them to online retailers such as Etsy and Amazon.

Faced with that competition, the Little Free Library nonprofit, still based in Hudson, WI., filed for an enhanced trademark for the name — “Little Free Library” —  it had created. Tony Bol fought back, saying the expanded trademark application was an overreach; “akin to some organization wanting to own all bird houses by applying to have trademark control over ‘wooden boxes with a nesting area for birds.’” He continued to use it in the description of his for-profit product “Little Free Libraries From Share With Others”.

According to the nonprofit, it admits that about 60 percent of the boxes that now call themselves “Little Free Libraries” aren’t actually registered with the nonprofit organization.

While legal experts say it has a right to protect its company name, it is also a fact that the term is being used descriptively and in good faith to describe book boxes on Etsy and Pinterest to this day.

Some nonprofit literary clubs make boxes that they refer to as book boxes, aware that Little Free Library is protective of its name. According to several people close to the company founder, Bol himself is reported to have been resigned to the fact that not all little free libraries were registered with the nonprofit Little Free Libraries, which received its initial trademark in 2013.

This fact alone means that not all Little Free Libraries found along town and country streets are as well-built as the quality of the nonprofit’s locations. Company Co-founder Rick Brooks says that the original idea “was the essential social, psychological, spiritual link between one library and the next. It’s the notion that people meet people they wouldn’t have met, they share things that they value with each other … this is more than a box, its a whole set of relationships.”

Brooks retired from the company in 2014 and says he’s torn about the quality question and says other copycat entities shouldn’t call themselves “Little Free Libraries” “That’s like calling an Edsel a Chevy.”

But Bol’s son Austin says the rest of the family wants this resolved peaceably and that the family supports both Little Free Libraries and Share With Others. “The thing is, it’s not about us. It’s not about money. It’s not about fame or recognition. It’s about our communities and how we can connect with one another in an increasingly digital and detached world.”

* Vic Kuklin of Buena Vista, added to the story, telling Ark Valley Voice “Jan wrote a nice article about Little Free Libraries. There are at least two that she did not mention. There is one at the Game Trail mail center and one in front of the Roastery in downtown BV. My wife and I built and maintain the Game Trail library and are pleasantly surprised at its turnover.”