New Drone Use Rulemaking May be in the Works

The Federal Aviation Administration (FAA) has issued a Notice of Proposed Rulemaking (NPRM) for the remote identification of drones, otherwise known as Unmanned Aerial Systems (UAS).  According to the Central Colorado UAS Club based in Chaffee County, if the NPRM is put into effect, it will have a significant negative effect on drone operations. 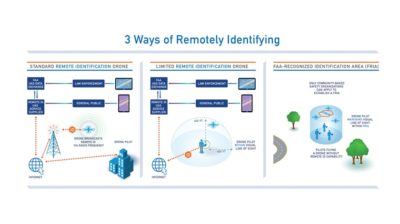 Based on these concerns, the club has scheduled a webinar open to all those interested in hearing about the impact the proposed rules may have on drone operations and ways to weigh in regarding the decision, at 5 p.m. Tuesday Feb. 18. The session is for both drone enthusiasts as well as professional UAS operators.

According to their meeting notice, the Central Colorado UAS Club says that the proposed new rules will impact multiple areas of operations, and not just recreational users. Of concern to the public, say UAS experts are new rules for drone use for public safety and search and rescue, as well as business uses and local government control.

The webinar will be conducted on Zoom and registration is required.