Nobody is above the law rally 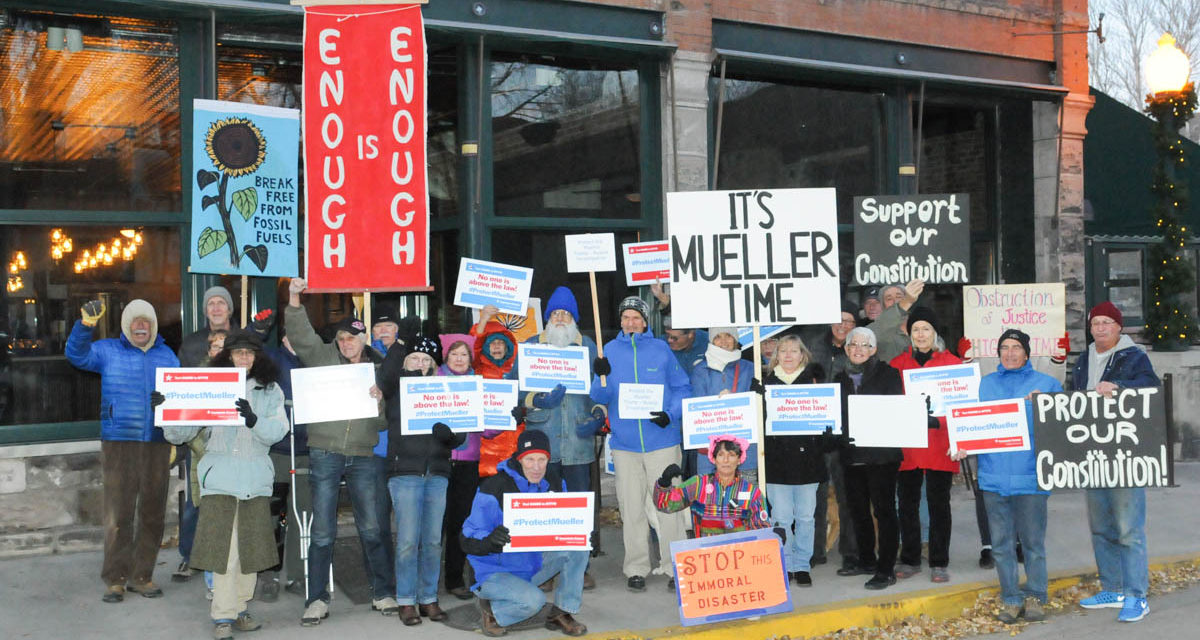 A crowd of about 50 people faced the chill for the “Nobody Is Above the Law” protest rally in downtown Salida Thursday evening, Nov. 8. The rally was part of a nationwide protest organized by MoveOn.org in response to the forced resignation of Attorney General Jeff Sessions, and to show support for Special Counsel Robert Mueller, who is investigating Russian influence on the 2016 Presidential election.

“Our goal is to let our national legislators know that firing the attorney general and putting (Mueller’s) investigation at risk is not acceptable,” said Robert Parker of Coaldale. “We’re having a small rally here, but there are thousands more at over 900 rallies nationwide.”

Lori Boydston, who along with Parker organized the Salida rally, read a statement from Chaffee County Commissioner Keith Baker on the importance of ethical behavior in elected officials, which concluded: “Our democratic institutions that We the People built and rely upon are under attack, and one thing that makes them vulnerable to attack is when government officials – elected, appointed, career professionals, or volunteer board members – put themselves and their interests above those of their fellow citizens, and above the law.” 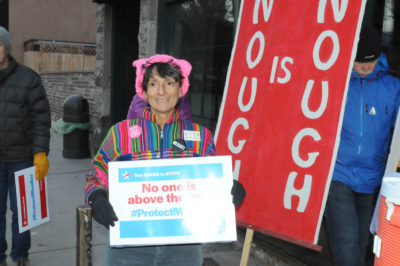 Lori Boydston leads the “Nobody is above the law” rally.

“We need to keep the pressure up – well, forever,” Boydston said, “to keep this government from becoming a dictatorship. 2020 is going to be a big year and we need to make sure that ethical (politicians) are there for the people.”