Now THIS is Colorado: Colorado Grand Tour Stops in Salida 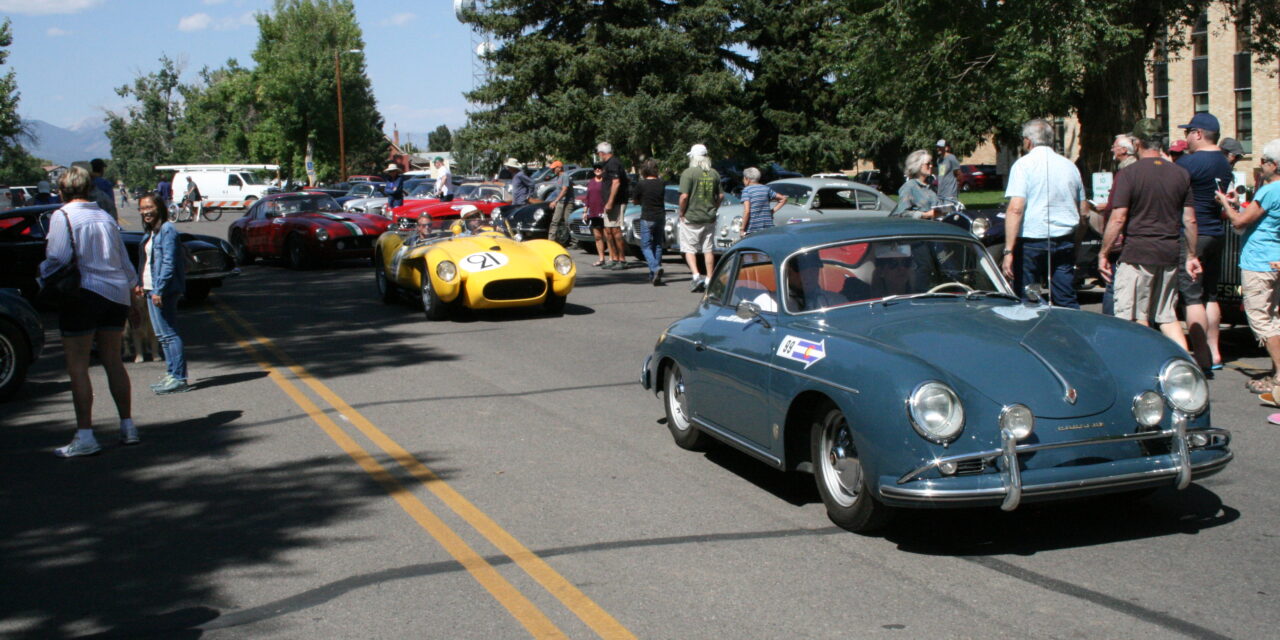 Friday, Sept. 17  was a “Bluebird” day in Salida, marking the arrival of the 32nd Annual Colorado Grand Tour at Thonoff Park.  With a throaty rumble, more than 115 pre-1960 classic cars stopped for lunch in Salida, en route from Grand Junction and on to Vail. 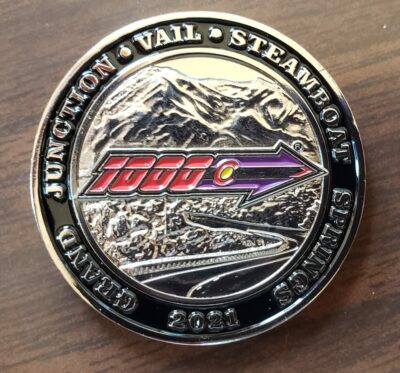 Those lucky enough to happen by had a chance to see one-of-a-kind cars.  These are not sitting in a museum or someone’s garage; they are meant to be driven and in this case for nearly 1,000 miles across our state.

Each of the owners and drivers of these cars has stories to tell about how their prized cars came into their lives, the previous owners, details of their restoration, and in many cases, their racing history.

Many are worth in the seven figures and the overall value of what rolled through Salida was literally priceless. 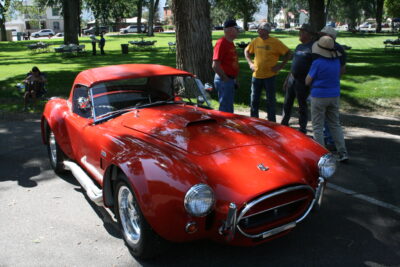 While you may think this is a sport only for the rich, the whole purpose of the Colorado Grand Tour is to raise money for scholarship and area nonprofits, with millions raised by drivers and sponsors since 1960.

The Colorado Grand will award an $8,500 scholarship to a graduating Salida High School student at a later date. 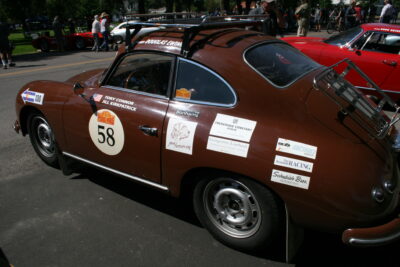 This 1956 Porsche 356 A is fitted out for cross country travel and journeyed from Peking to Paris in 36 days in 2016. Merrell Bergin photo

The 2021 scholarship went to Madison Patch who said it made it possible for her to self-fund her first year at the University of Colorado, Colorado Springs.  In addition, grants will be made to other Salida-area nonprofits.

Hosted by Salida Rotary Club, with Elaine Allemang from the Salida Community Center, a great lunch was spread out under the shade trees for the drivers, who all said how much they loved stopping in Salida.

Salida Mayor P.T, Wood, City Administrator Drew Nelson, and Police Chief Russ Johnson were on hand to welcome the tour (and also to oogle the cars).

“I grew up in the Midwest, where American “muscle” cars were our toys of choice; these cars are something else again,” said Nelson. 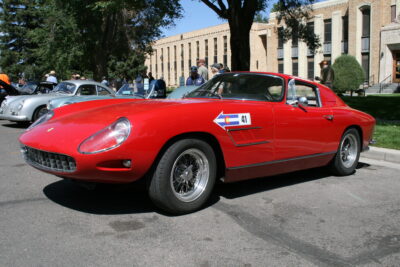 Eddie O’Brien, one of the events longtime organizers pulled in with his 1966 Shelby Cobra 427.  While he has had many adventures during nearly every one of these events, he had to chuckle about today.

“Believe it or not, we ran out of gas, a mile out of Gunnison,” he said.  Locals rallied to help, as he gratefully showed a 5-gallon well-used red plastic gas can that allowed him to motor on.  Note: NONE of these cars get great gas mileage, especially powerful ones like these Cobras.

It was a mellow afternoon, under cloudless skies, giving people of all ages (including awestruck young kids) a chance to visit with the drivers and welcome them “home” to Salida again. 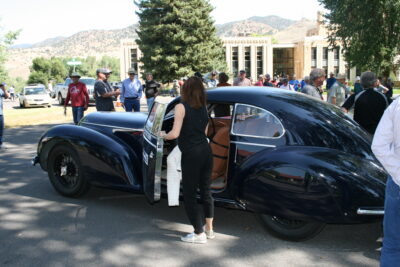 Even if attendees were not car-crazy, it was au chance to see the hand craftsmanship, sleek, streamlined aerodynamics of these cars (especially the 30’s vintages).

It was as satisfying as enjoying a masterwork of art, or vintage, haute couture clothing.  A chance to step back in time and imagine… 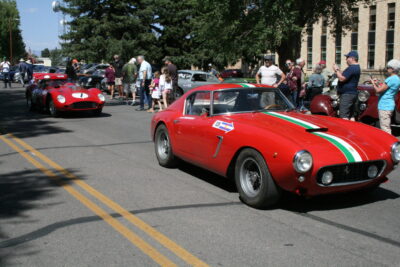 A 1960 Ferrari 250 SWB, one of the “newest” cars in this tour, heads off after lunch. Merrell Bergin photo