On Climate: Why Fires in Australia Matter Here 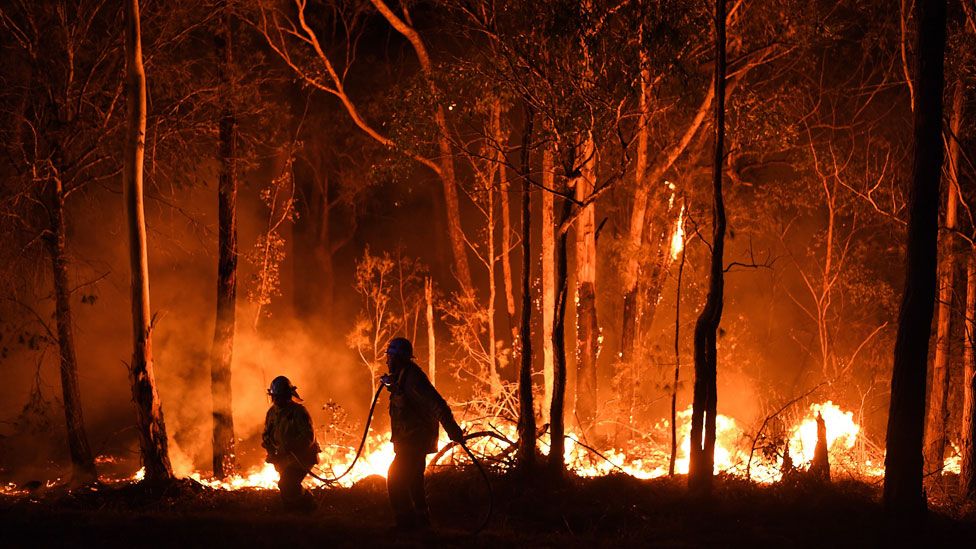 With the Decker Fire experience fresh in our minds in Central Colorado, the conflagration occurring in Australia, as more than 200 massive brush fires have spread across that continent, is a disaster with which we can empathize, if not fully comprehend.

After months of severe drought and record-breaking temperatures which earlier this week topped 107 degrees F (more than 40 degrees Centigrade), the situation across Australia is growing more dangerous.

The sheer scope of the disaster in Australia is astounding. While the Decker Fire burned just under 10,000 acres, and brought fear and concern to most of the county’s population, the scorching fires in Australia, are spread across a country that occupies an entire continent.  Beginning in September at the start of the southern hemisphere’s summer, the fires have now burned more than 15 million acres, threatening cities, towns and vast stretches of forests and nature preserves.

Twenty people have been killed, including three volunteer firefighters. In flaming nature preserves, as many as one third of the populations of the country’s iconic koalas, kangaroos and wombats might have already perished.

Hot, dry weather, combined with prolonged drought and strong winds (much like the conditions experienced in the California fires that followed the Decker fire in Colorado) have created perfect conditions for the rapid spread of fire. The Australian military has been called out, and fire teams from around the world, including American firefighters, are arriving to face this natural disaster.

In New South Wales, the worst-hit state, more than 1.3 million acres and some 130 individual fires are burning. Fires have already destroyed more than 1,300 homes there. About 60 of those fires are at zero percent containment. Friday morning, as the situation worsens and with predictions for Saturday January 4 described as catastrophic, tourists and the resident populations of entire Australian states such as Victoria and New South Wales are being evacuated.

Yesterday, news media, including the BBC, showed video scenes of the populations of entire towns pushed out of their communities and unto ocean beaches by raging fires, their land escape routes cut off. Imagine if we Coloradans, or even just Chaffee County residents, were told that we all had to evacuate at once? To where? How?

Our Chaffee County Department of Public Health put out near daily air quality reports here during the Decker Fire, so we knew the danger of particulates and contaminates in the air. Australian air quality is now considered so extremely dangerous that breathing the air for a single day is like chain-smoking 37 cigarettes. 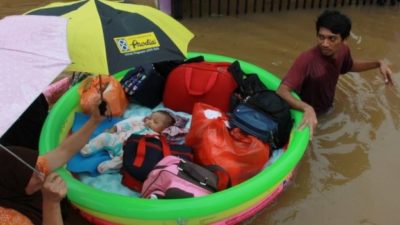 Fires from droughts are one thing – floods are quite another. At the same time as Australia is burning due to drought, to its north in Indonesia’s capital city, Jakarta has seen epic rains, causing catastrophic flooding across the region and in its capital.

The city is built on land sinking into the ocean,  a situation, that combined with more extreme weather patterns, has prompted the government there to announce that it is going to need to relocate its capital city to higher ground.

As fires and floods grow more extreme, so too do storms. Weather events which used to be considered regional, now whip across entire continents in single bomb-cyclones and massive Category 5 hurricanes covering huge stretches of oceans in single events.

That our climate is changing and becoming more extreme, has been confirmed by most all the world’s leading scientists. The global data being collected by the The National Oceanic and Atmospheric Administration (NOAA) and NASA have tracked a continuing and expanding rise in global temperatures since the mid 20th century called the “greenhouse effect”1. This is warming that results when the atmosphere traps heat radiating from earth toward space.

Scientists confirm that the changes are most likely due to human causes, not the least of which is the world’s continued reliance on fossil fuels which are loading our atmosphere with CO2, and raising methane levels. This is an inconvenient truth for some, but this is a reality that we ignore at our own peril, no matter where we live.

In Chaffee County, the recent action and public support to establish a long term strategic wildfire protection plan takes on new urgency as drought conditions increase fire dangers. Also growing in importance, the sense that other measures will need to be put in place to address the many climate adjustments which appear to be happening more quickly at higher altitudes.

As the world watches the summer destruction on a continent on the other side of the world, we all must remind ourselves here – summer in the northern hemisphere is next.

Lead Photo Image: Courtesy of Getty Images, for the BBC.