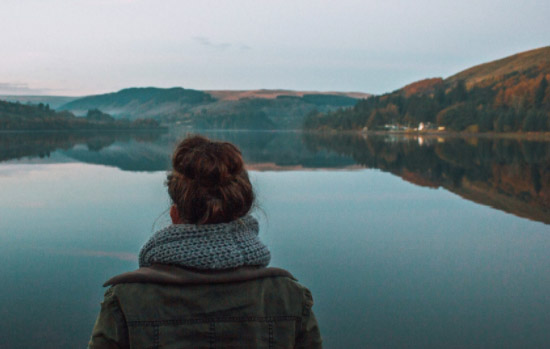 Leadville is a small enough place that Marsha can shop for groceries or walk around town and pick out the women who are going through hell.

She lived various iterations of hell most of her life and knows its dark and crazy-making confines. Marsha is safe now, but the Jan. 12 shooting of Yolanda LaCome at a Leadville town home put a light on the kinds of stories that are out there, many that don’t get told until it’s too late.

Nobody can directly blame the pandemic for what happened, but its webs of isolation and, often deprivation, are perfect bed partners for domestic violence. Officials will tell you that the cases they see these days tend to be wilder, sadder.

Marsha, 49, doubts none of that, and says accountability is one of the pandemic’s biggest casualties.

She escaped to Leadville in 2018 from a man who beat, threatened and belittled her. It wasn’t any easier before she married him; she hit the streets at age 13 due to an exceedingly crappy childhood where she and her father would brawl like street fighters. The sexual trauma started when she was four.

Marsha says she’s had a pattern of narcissistic and sociopathic men. “Dad was employee of the year,” she says. “And when he came home he was a drunk.” She says her husband was in the security business, had a wide social net in town and threatened that his friends would locate her, maybe hurt her, if she left.

Perhaps her flattened emotional vocabulary kept her from understanding her situation at an arm’s length. “I’d been told my whole life what I was feeling and what I was doing,” she says.

“I really didn’t know that domestic violence was a thing until I got out in 2018. And it turns out that people go to school to learn my language.”

She recalls the terrifying cab trip that was her last ride away from her home. She brought almost nothing with her and boarded a plane to Colorado.

“The statistics say we go back to our abusers eight times before we leave,” she says. “I am one of the women who got up, got out with what she had. In the end, I literally got out with my life.”

She settled in Leadville with the help of The Advocates of Lake County. Marsha says it’s the best thing she’s done and that the small, laid-back city is perfect for what she needs. The mountains energize her and she has steady employment – the longest-running job she’s had.

“I live in a strong community,” she says. “I have nothing to worry about here.”

She’s more than a thousand miles from her jumping-off point and her ex-husband died on Father’s Day of 2019. But Marsha still keeps the mantra close at hand and wants other people who have been abused to know it: You don’t have to go back. You’re not alone. There’s a way out.

“You don’t have to stay,” she emphasizes. “You just don’t. You’re stronger than you know.”

Marsha still connects with the Advocates for weekly counseling, although the format these days, necessitated by the pandemic, is different.

She says things probably would have been a lot worse for her if the pandemic had hit while she was with her husband.

“It’s incredibly challenging when you’re stuck at home with a violent person,” Abbott says, adding that the economics of the pandemic have made it exponentially harder to plan for self sufficiency.

“Maybe they were saving money to leave. Maybe they left, had a job and were self sufficient, but that fell apart,” Abbott says. She notes, however, that CARES Act funds have helped some people remain in their own places, and that there is unmet-needs funding in Lake County that assists multiple agencies.

It all helps, but money is just part of the equation. Abbott says the Advocates have seen shifts in their referral system because people have changed their patterns in being out and about. For example, the referrals they’ve typically received through schools and businesses have been reduced. Her agency has provided training for pharmacists, doctors and nurses to reach out to people living with domestic violence. She says that with a phone call, an advocate can meet a person in the safety of an office.

The agency’s hotline gets about 300 crisis calls a year. Despite the challenges wrought by COVID-19, the Advocates still meet face-to-face with people when necessary. Abbott says her office has had to make some modifications, which include masks, of course, and the less-than-optimal Plexiglass dividers.

“It’s not ideal, but we’ve been able to make it work,” she says. And her staff has started on COVID-19 vaccines. There’s hope on that horizon.

Abbott says Leadville isn’t terribly different than anywhere else when it comes to the stresses of domestic violence right now. “I think families across the world are struggling with this. There’s just a lot of stress in the world.”

Featured image: The pandemic has heightened almost every aspect of domestic violence, but there’s help if you need to get away. Photo courtesy Advocates of Lake County