One Month, Growing Misery, A War on Ukrainian Children 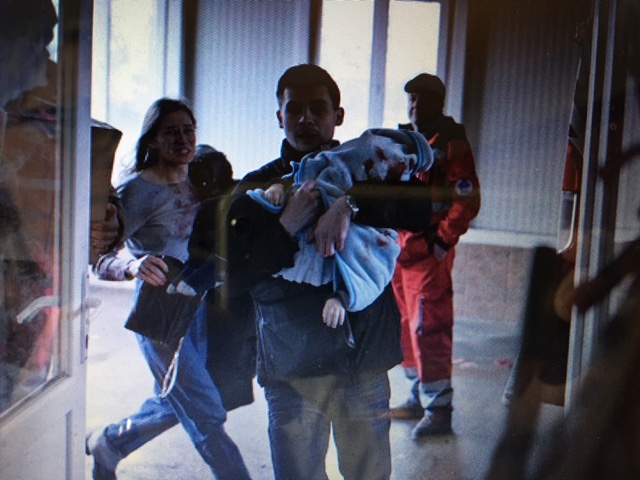 Putin is obliterating the Black Sea port of Mariupol, where hundreds of thousands of families remain trapped like animals; below ground, being starved and bombed out of existence. Although not confirmed, it is reported that thousands of them are being forcibly removed to Russian detainment camps.

The United Nations now estimates that in a nation of 44 million, one in four Ukrainians, more than 10 million, families with children, the elderly, and the disabled, is now a refugee either within the country or have fled across the border to Poland, Hungary, Romania, Moldova, and other Eastern European countries. The humanitarian crisis is growing, as millions of Ukrainians have streamed across the borders, most with no place to go, no plan, other than to get away from the bombs. It is the greatest refugee crisis in Europe since World War II.

Nowhere is the resulting carnage more horrifying than what has fallen most heavily on children. UNICEF, also known as the United Nations Children’s Fund, has estimated that more than half of Ukraine’s children, some 4.3 million children, are now displaced from their homes; thousands of them are traumatized, without their parents or families in refugee camps. Others remain hiding in basements, being bombed, buried alive, wounded, and killed.

Russia has been accused by the West of war crimes for directly targeting civilians and U.S. President Joe Biden called Putin “a war criminal’. Although not yet verified, it was reported this morning that Russia has used phosphorus bombs on civilian areas; a type of weapon outlawed by the Geneva Convention.

“This is a war on civilians,” said Ukrainian President Volodymyr Zelensky.

Today, while attending an emergency conference of the G-7 nations in Brussels, Biden called Putin “a brut”. He’s already expressed concern that Putin might be more than sword-rattling when he talks about a biological, chemical, or tactical nuclear attack on Ukraine. The NATO nations (the North Atlantic Treaty Organization formed in the aftermath of World War II) have warned that an attack on any of them, or the use of chemical, biological nuclear weapons against Ukraine, would result in a NATO response.

As Ark Valley Voice wrote early on in this crisis, based on our experience with Putin, he doesn’t care about what happens to the Ukrainian people; he wants the territory and the resources. If he has to kill them all to get it– he will.

An aid worker interviewed by an NBC war correspondent said, “You can see the devastation in the children’s eyes … safety, security is gone because of Putin. He is the evil.”

It isn’t as if any of us can imagine, say — Canada — invading us. We are blessed with good neighbors. Safe in the western hemisphere, for now, readers can look at the photos, hear the unbelievable news — and wonder – what would we do? Where would we go? That the Ukrainian people are heroically resisting — is a fact.   How would we handle what these people are handling?

Featured image: A frantic father, followed by his wife with their other child, rushes into a hospital emergency room holding their wounded toddler. Increasing civilian casualties in Russia’s unprovoked war with Ukraine already include hundreds of dead children. Photo Associated Press.

Editor’s Note: UNICEF is actively on the ground in Ukraine and in neighboring countries where refugees are fleeing.