Our Voice: A Different January 6 Day, But Chaos Continues 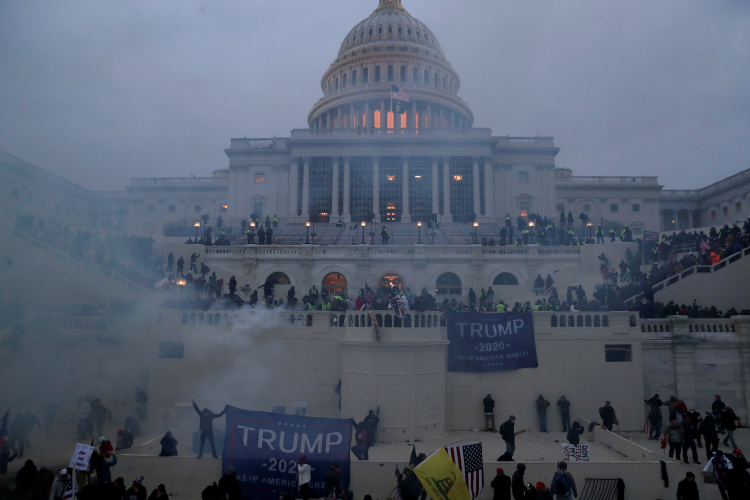 It has been two years today since the violent insurrection at the U.S. Capitol that threatened our democracy. Once again the same political party is behind the current chaos in the U.S. House of Representatives as they fail to do the first item on the agenda for the People’s House — elect a Speaker of the House.

This is day four of what is normally a brief formality for the majority party after an election — hashed out and decided upon in back meeting rooms weeks or days before. Republican Representative Kevin McCarthy wants the job so badly he’s willing to send the House of Representatives into dysfunctional chaos to find a way to achieve it.

This means that a third co-equal branch of government — House Members — cannot be sworn in. Staff isn’t being paid. Families with small children who had come to see Mommy or Daddy sworn in are left for hours in hall chairs. No one appears to be running the show except the 20 right-wing members including Lauren Boebert, who have declared they are “never McCarthy” votes. Since McCarthy wants the role at all costs — this is going to be interesting.

Two years ago most of us were so shocked and horrified by the violence that unfolded on January 6 by supporters of then-President Donald Trump to attempt to keep him in office, we weren’t considering that we were more fortunate that day than we knew.

We were fortunate that the Capitol Hill Police defended our capitol and our third branch of government. We were lucky that the Democrats had already voted to select Nancy Pelosi as House Speaker. We were protected by the fact that all congressional representatives had been sworn in, and the work of government was proceeding.

What would have happened on January 6, 2021, if the kind of dysfunctional chaos we have witnessed for the past three days had also been part of that day? If there had been no Speaker of the House to coordinate a response with Senate leadership and keep requesting backup? If there had been no House-elect members already sworn in as a functioning government? If they had not been sworn in — there could have been no electoral count process.

“The eyes of the country are on us today, let us consider what they will remember,” said Representative Jim Clyburn this morning, as he rose to nominate Democrat Hakeem Jeffries as House Speaker. “Two years ago, the violent mob attacked the capitol, threatened our democracy ….  be mindful  that the Constitution says its purpose is ‘to ensure the blessings of liberty not just for us now — but also for posterity — ensuring liberty, justice, and freedom for all.'”

Some of the same Republican House members, even after the violence of the day two years ago, still refused to vote to certify the 2020 election; for Colorado: Lamborn and Boebert. The current House Republican roster is full of election deniers – who continue to perpetuate the big lie that the election was stolen. It wasn’t.

We will see the same Republican members of this House who have created a spectacle of the simplest of democratic processes, over the next two years begin investigations into everything they can think of; the president, the January 6 Select Committee, the president’s son, the FBI, the earlier impeachment hearings — even Dr. Fauci.

“Donald Trump and his allies and supporters are a clear and present danger to American democracy. That’s not because of what happened on Jan. 6, it’s because to this very day the former president, his allies, and supporters pledge to go after the presidential election of 2024,” said Constitutional Expert and Retired Federal Judge Michael Luttig.

At this moment, the Republican party is not a functioning political party with a platform, policies and positions. For the next two years, their agenda is not the work of the American people; it is never-ending witch hunts, and investigations, and chaos. They will do anything to deny history, to rewrite history — to deny the truth.

It’s worth rereading AVV columnist Adam Silverman’s column from January 5, 2021 all the way to the end. It is worth pointing out that across this country, anti-democracy and paramilitary groups are converging.

The threats to democracy are as clear and present as ever.