Our Voice: A global chess game with roots in Russia 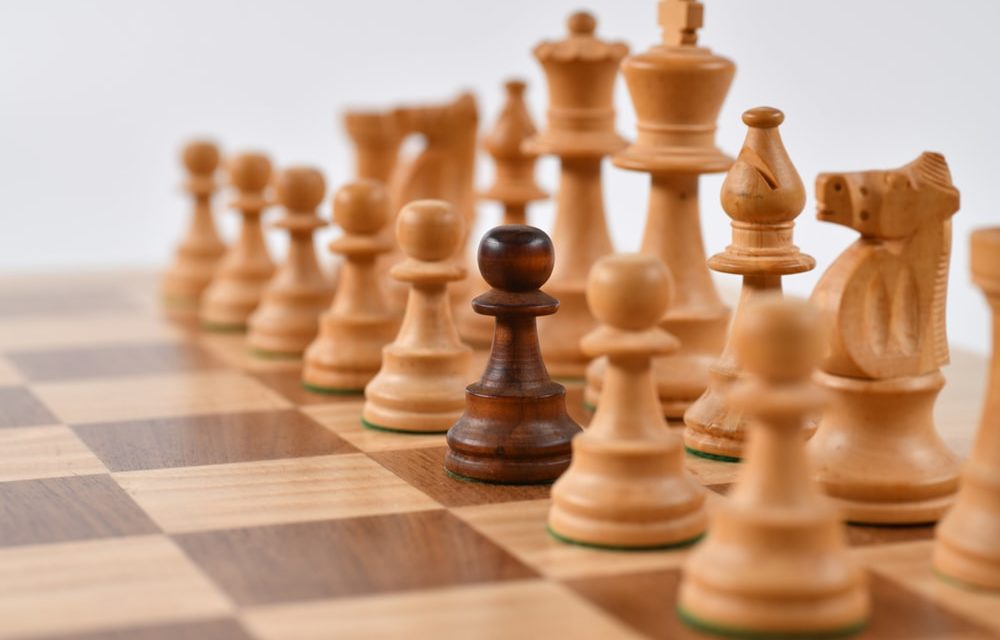 Observe a good game of chess, and you see it requires patience, planning and strategy with players charting moves that will not happen in the short term. Instead with an eye on the long term result — Checkmate*. When this occurs in a game, it’s a brilliant strategy, but not dangerous (except to the opponent’s ego).

Global gamesmanship is another matter. President Trump has shown himself to be a pawn –a powerful pawn, but a pawn nevertheless. He is not a chess master. That would be Russian President Vladimir Putin.

This past week Trump stood on the south lawn of the White House and said out loud, that he expected the Ukrainians to investigate his likely political opponent for the 2020 election. Then in a jaw-dropping addition, he went on to say that the Chinese should investigate former Vice President Joe Biden’s family too. In effect requesting that both governments interfere in the 2020 election.

This is not just unethical and unpatriotic, and it is illegal. Involving a foreign government in a U.S. election is grounds for impeachment.

In a July 25 phone call between Trump and the new Ukrainian President Volodymyr Zelensky, precisely one day after Robert Mueller testified before Congress, Trump laid out his quid pro quo. He wanted the Ukrainian’s help before it gets the desperately needed military aid to fight the war with Russia. Trump said, ‘We’d like a favor, though.’

It gets better. Text messages delivered to the House Intelligence Committee during Special Ambassador Kurt Volker’s testimony reveal that, in addition to pressuring the Ukrainian President to agree to “come up with dirt” on the Bidens. Trump also wanted him to falsely admit that Ukraine, not the Russians, interfered in the 2016 U.S. election. No less than 17 U.S. Intelligence organizations agree emphatically that Russia interfered in the 2016 U.S. election. Twelve Russian nationals and one Russian company were indicted in the interference.

Trump followed that up with a strong suggestion to Zelensky to “go make a deal with Russia” about eastern Ukrainian territory. (The details of his demands on Ukraine can be read in Trump asks not just Ukraine, but China to investigate political opponent).

Those of us familiar with Russian actions over the past few decades, spot the real chess player here – and it’s not Trump. With a president whose vanity and insecurities appear susceptible to flattery, who cannot keep quiet his fourth-grade vocabulary (the lowest of the last 15 American presidents), Trump’s neediness has left him vulnerable to manipulation.

While little (if any) records appear to exist to document his meetings and calls with authoritarian leaders (at least not in the standard servers, where those records should reside), be assured, the people with whom he talked have records of those calls.

So here’s the chess play: If Trump can dirty up his possible 2020 opponent, blame the Ukrainians instead of the Russians for 2016 election interference and make it stick. Then if he can  influence Ukraine to hand Russia the Ukrainian territory it covets, thus claiming that peace has been achieved, he believes he can lift Russian sanctions. With sanctions lifted, Trump fulfills his promise to Russia and is enriched in the process in ways we probably don’t yet know.

That’s not all. Add asking for and getting “dirt” from China in exchange for ending the trade war he manufactured – well, it’s Trump’s Xanadu (“an idyllic, beautiful place” from Kubla Khan by Coleridge).

Overnight Thursday, Trump asserted that he has an “absolute right” to enlist foreign countries in what he has referred to as his “corruption investigation.” Trump doesn’t care about foreign corruption. He is focused on Joe Biden. And he’s dragging in key swaths of our government to attempt to make it true.

Does anyone honestly think Trump came up with this on his own?

“Republicans are going to have to speak up,” said former Secretary of State Gen. Collin Powell this weekend. “This is not the way the country is supposed to run.”

If the mounting evidence is correct, it represents a level of complicity never before seen in our government. It involves departments of the executive branch, including the Department of Justice and the Department of State, bending to Trump’s whims to benefit him personally. This is in direct conflict with their roles — to seek justice and safeguard the security of the country. Their complicity has moved beyond their original actions to an actual cover-up.

It is unbelievable corruption at the highest level of our government. This could make Nixon’s “Watergate Plumbers” pale in comparison. (If you haven’t heard of them, Google it.)

Put this together, and it appears to be an intricate game of global chess. One that upends the basic principles of our democracy and further weakens our position on the world stage. If Ukraine follows Trump’s directive, may hand not just Crimea, but it’s eastern territory to Putin.

Then there is what all this does to the North Atlantic Treaty Organization (NATO), created to preserve peace in the ashes of World War II. A war that began with the allies handing Czechoslovakia over to Hitler**.

Those of us who have a long history with Russians know this particular chess game is part of an ongoing Russian disinformation campaign. Where this all ends, we don’t know. Perhaps the planned chess moves won’t be made. But how Putin would like it to end is relatively clear.

Asked if the Russians were going to interfere in the 2020 election, Putin said recently, leaning over and whispering as if he were making a joke, “I’ll tell you a secret – yes, we will definitely intervene – please don’t tell anyone.”

Oh, and while our concern lies with our country, one word of advice to Joe Biden – fight. You’re in a back-alley fight with two bullies – you’re going to have to punch them in the nose verbally.

* Checkmate is a game position in chess and other chess-like games in which a player’s king is in check, and there is no way to remove the threat. Checkmating the opponent wins the game. In chess, the king is never captured—the game ends as soon as the king is checkmated.

**On Sept. 30, 1938, Adolf Hitler, Benito Mussolini, French Premier Edouard Daladier, and British Prime Minister Neville Chamberlain signed the Munich Pact, which sealed the fate of Czechoslovakia, virtually handing it over to Germany in the name of peace.

Editor’s Note; Managing editor Jan Wondra has chaired the board of a national, non-profit inter-country adoptive parent support group. She has had extensive contact with eastern European and Central Asian countries, including Russia and Ukraine.