Our Voice: American Security, Democratic Principles and Why We Do Care About What Happens to Ukraine

When Secretary of State Mike Pompeo went on record last week making the comment “ The American People don’t care about Ukraine*,” he was upbraiding National Public Radios’ Mary Louise Kelly, host of All Things Considered. for asking a question related to Ukraine. He used foul language and what he said was not the truth. Then he retaliated in a manner that is a direct challenge to the First Amendment.

“He shouted at me for about the same amount of time as the interview itself had lasted,” said Kelly of NPR. 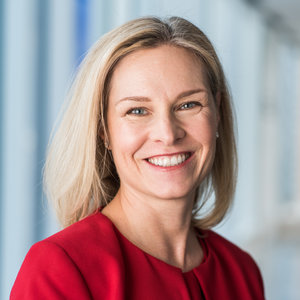 Mary Louise Kelly, host of the NPR show All things Considered, had her press credentials pulled by Sec. of State Mike Pompeo after she asked him a question about Ukraine.

My response to this unprecedented incident is two-fold.  First, our founding fathers were so concerned that the fledgling democracy required a free press, that they protected journalists in the First Amendment to the Constitution.

Ukraine is a democracy that, when it declared its independence in 1991 following the disintegration of the Soviet Union, agreed to give up the Soviet nuclear weapons within its borders. It was assured of protection by its western allies against Russian aggression.

It has fought its way toward democracy against Russian influence seeking to maintain corrupt control over the country; first with Russian-loyal leaders installed by Moscow, then against Russian-based criminal control over its energy sector, its primary industries, and much of its government. In 2014 when the people rose up and voted out Russian-puppet Viktor Yanukovych, he fled the country, heading to Moscow where he was welcomed as a patriot – of Russia.

Just as critical to our national security is Ukraine’s role for the U.S. and western countries, in the proxy war against Russia – In 2014 Russia annexed Crimea, once an autonomous Ukrainian region on the Black Sea. I remember the day in  2015 that Russia invaded Ukraine’s eastern provinces, because I had a meeting scheduled at the Russian Embassy that morning. Late the day before, they cancelled it and the next day they invaded Ukraine. Ukraine remains in a hot war on its eastern region, holding back Russia from all-out aggression on the rest of Eastern Europe.

Just as egregious to a huge segment of middle America is that Pompeo appears not to recognize a reality that a division of his own State Department handles. The Office of Children’s Issues oversees the adoption of children across the globe by American citizens. It is a fact that more than a quarter million American families have adopted their children in Russia, Ukraine, Eastern European and Central Asian countries of the post Soviet bloc. The parent support group called Families For Russian and Ukrainian Adoption Including Neighboring Countries (of which I am the National Chair) represents thousands of these adoptive families, who have added the Ukrainian gene pool to our families. I can emphatically state that there is nothing more precious to us than our children and their heritage, and Ukraine does, in fact, matter a great deal.

Pompeo’s mistreatment of a working journalist is something else; a new low for the State Department, and a clear and present threat to the first amendment protections of journalists to report on the actions of governments around the globe. 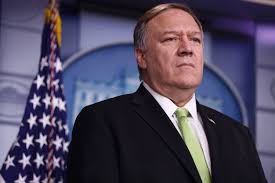 Sec. of State Mike Pompeo. Image courtesy of The Bulwark.

So much for the First Amendment and the freedom of the press afforded to American journalists. So much for government transparency.

The Press pool has issued a formal complaint. The State Department has not at this time responded to the complaint.