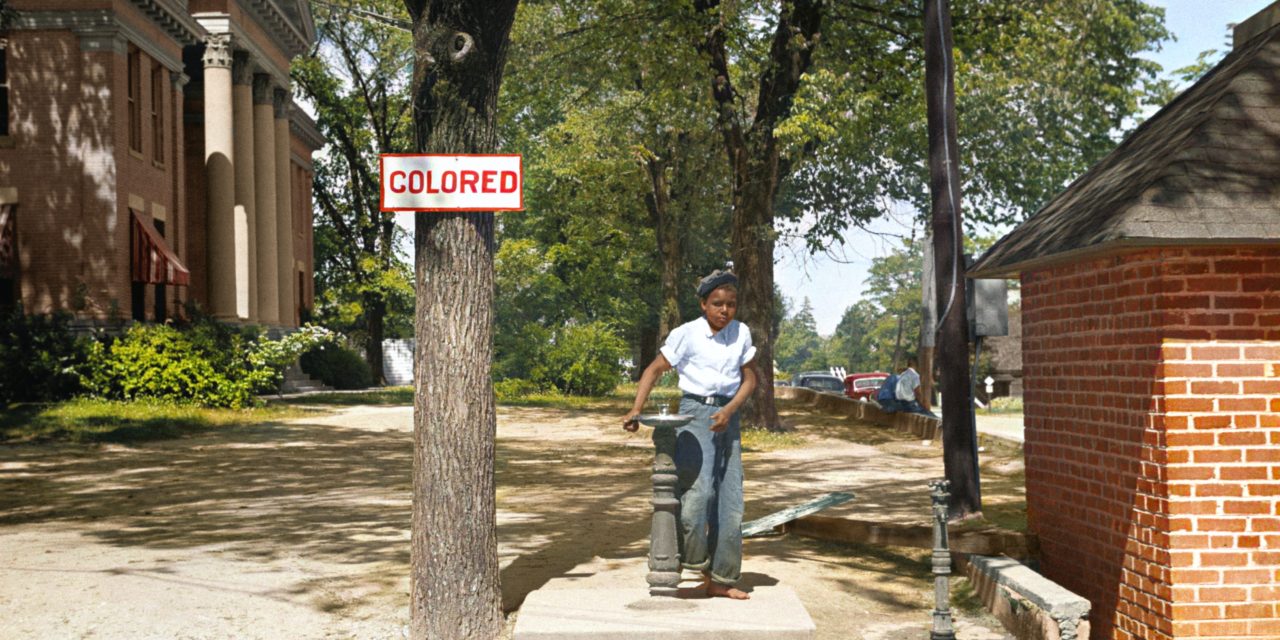 It was startling to see this post on the Chaffee County Republican Party Facebook page this past week:

We saw that this summer when Democratic Party officials made light of riots spreading across the nation in the name of yet another lie—the lie that America is systemically racist, rooted in slavery and Jim Crow, and replete with bigoted police dedicated to endangering black lives.

Democrats demanded no evidence to support those claims. In knee-jerk fashion, they simply repeated ad nauseam untruths about the existential threat to black Americans in the United States. Which means that for the Democrats and the political left, violence is fine so long as it supports their narrative, and un-evidenced claims are fine so long as they support an agenda.

In order to defend such violence, the political left has mobilized behind another convenient and advantageous lie: the lie that the Capitol riots represent all conservatives and Republicans.

First – is this what Republicans are telling each other? If so, then some fact-checking is in order. Given the extent of the lies being propagated by right-wing elements including conservative media, Pravda would be proud of your Soviet-style disinformation campaign.

Since this is a national holiday celebrating the life and non-violence civil rights movement led by Martin Luther King Jr.  – the timing couldn’t be better.

1. Systemic racism might sound like a pipe dream when you’re a privileged, white guy — or a privileged white anyone, or a rich SOB.  But it is real.

While racism has been practiced on all “other” races that have entered this country, or happened to live here in the first place, it has focused cruelly on Black Americans. It is especially practiced by some who are white and somehow proud that your ancestors came here to settle in, say — 1857. (Got ya beat, my English ancestors began arriving in 1630, so I guess by your way of seeing things, I should be racist against every ethnic group except American Indian and the Spanish who had already settled St. Augustine, Florida.)

Waves of immigrants have faced racism for periods of time prior to assimilation. If you’re willing to look back in your own family heritage, it’s there; the Italians, the Jews, the Polish, the Chinese, the Scandinavians, the Irish….the Hispanics … and on and on. Don’t believe me? If you don’t, you either haven’t checked your family history, or you arrived wealthy and bought your way in.

2. American is absolutely rooted in slavery — it’s called our “original sin.” Before Chaffee Republicans declare ‘”it ain’t so”, you should perhaps read some history. The fight over allowing Virginia and the Carolinas to keep their slave system came up when the Declaration of Independence was written, and it nearly undid the Constitutional Congress. George and Martha Washington’s will freed the Mount Vernon slaves that were theirs (there were estate slaves from the Curtis family they couldn’t free…)  Washington had been saying for years that slavery wasn’t a sound economic system and should be abolished – and the wealthy Virginia planter class hated his guts for that.

The great compromise was to ratify the Constitution, get going, and set a date to deal with slavery in 1806. Come 1806, cowards kicked that can down the road. As the country expanded westward, it was the Mason-Dixon line thing that  brought the long-simmering issue to a head. The pesky line kept moving west — with the northern states free, the southern states slave…  and it didn’t seem any way to run a country. What we all think of that war depends upon where you grew up. If you grew up in the north — it was about slavery and human rights. If you grew up in the south – it was about states rights, not human rights.

3. Then there is the legacy of Jim Crow… the racially-charged laws that began to pile up around 1876 during a disputed election that was solved with a grand bargain between the parties. That agreement undid the gains of the reconstruction period and instituted decades of discrimination in everything from business, to schools, to using red lines to tell you where you could live and whether you could own a home.

This era told you what side of the street you could walk on, it featured white hooded Ku Klux Klan and lynchings, stripped voting rights and general terror. Yup — that was a grand old time (oops, that is the Grand Old Party, and it was big here in Colorado). It took until thos past Nov. before the last Jim Crow law was struck down in Mississippi.

By the way, these confederate statues that are plopped down all over this country, those military bases named for confederate generals that Trump insists are “Our history and must stay”? Well, those glorifying tributes to the Confederacy got put up and named during — you guessed it – the Jim Crow era.

4. A lot of Republicans just hated parts of the 60s – the marches, the laws that let Black folks drink out of the same drinking fountain and swim in the same pool, the great society and the expansion of Medicare, the Civil Right Act that created equal schools system. Well there was also the Vietnam war — and they seemed to support that.

I was a kid in the 60s…but I remember my parents in rural, northern Wisconsin tell us kids to watch, to look, to listen. They raised me to be focused on human rights. It’s amazing considering they weren’t wealthy, or highly educated, or metro residents — they were country people, staunch Lutherans, who focused on human rights and the inherent dignity of all of us.

5. Moving on to now — the falsehood that somehow everyone but Republicans hate the police.

Not true, even though at the moment, I really don’t know that I can trust some of them. Some in this county are associated with violence advocated by right-wing militias. Some, hardly all, appear empowered by their guns, trained to automatically use force before anything else and assume their positions protect them from taking any responsibility for their actions.

Going on a mental health crisis call would seem to need an officer with mental health training, not an assault rifle.  If you think every problem is a nail, then all you ever use is a hammer.

No, I don’t believe that the Capitol riots represent all conservatives and Republicans.  But in the last four years of sweeping lies, of rising intolerance of the truth due to perceived political gain, of attacks on fact-based news media, white privilege has taken on grievance, wrapped itself in the flag and thumps a bible. Some good people have been swept into an essentially authoritarian power grab, by their mis-interpreted view of Christianity and “freedom”.

By 1994, no less than Mayor Rudy Giuliani actually said this:

“We look upon authority too often and focus over and over again, for 30 or 40 or 50 years, as if there is something wrong with authority. We see only the oppressive side of authority. Maybe it comes out of our history and our background. What we don’t see is that freedom is not a concept in which people can do anything they want, be anything they can be. Freedom is about authority. Freedom is about the willingness of every single human being to cede to lawful authority a great deal of discretion about what you do.”

Here’s our view: The measure of a person is not where they stand in times of comfort, but in times when truth and the constitution itself is being challenged – this is a time for courage.  The time is here to cease tolerating the lies from an element of conservatives who claim that their “freedoms” are more important than our mutual responsibility to each other and our loyalty to the constitution.

I challenge those who keep touting their individual rights over our combined human right, to actually read the whole Constitution – not just the Bill of Rights.  It isn’t that long. Especially note the way our founders divided government — for a reason. If then you remain anti-democratic, bigoted, and privileged, well, then – Houston we have a problem.

Featured image: Photo of a child at a “colored” drinking fountain in the 1950s. Image courtesy of Unsplash.