Our Voice: Impeachment and ‘A Cloud of Crazy’ 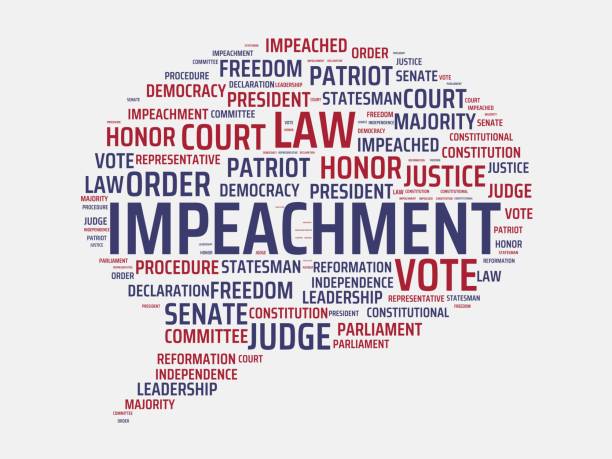 Speaker of the House Nancy Pelosi has readied the impeachment documents and evidence against the president of the United States of America, for delivery to the U.S. Senate later today.That impeachment hearings have been held is a matter of law; it is prescribed by Article I of the United States Constitution as a means to rein in the executive branch when it abuses its power. What is striking is that instead of the word cloud of solemn constitutional duty that should surround this process, we have what I would call a ‘cloud of crazy’ come from supporters of the president and from the senate itself.

On Dec. 18, 2019 the House of Representatives overwhelmingly passed two articles of impeachment against President Donald Trump: the first for abuse of power and the second for obstruction of Congress. There appears to be overwhelming evidence for both charges. That he has been impeached stands forever. Next, the Senate must decide whether to remove him from office.

Over all the Articles of the Constitution remains this core truth; “No man is above the law,” including the president. That central principal is what Trump and his cult of followers are attempting to say is no longer true.

“Historians will wonder how the Republican Party became monarchists …why they treated Trump like a king,” said Presidential historian John Meacham on Tuesday evening. He went on to add, “How did they [Republicans] become monarchists? Because basically what they’re arguing is that the president is acting in a kingly fashion and that’s okay.” 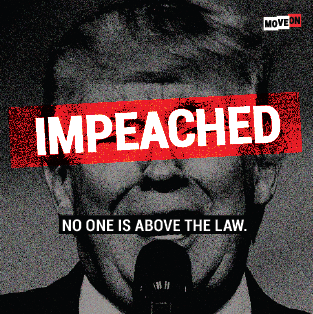 The House of Representatives completes its job today  – Wednesday morning it announced seven Impeachment Managers to liaison with the U.S. Senate and voting this afternoon to deliver the impeachment hearing documents. By night-fall the weight of history will fall upon the U.S. Senate.

One would hope the Senate, with a Republican majority, is willing to fulfill their constitutionally-defined duty. But as the days pass, that is looking increasingly doubtful. Senate Leader Mitch McConnell has indicated that he is working ‘hand in glove’ with the White House and will do whatever it wants. He has suggested dismissing the evidence without the constitutionally-mandated Senate trial. Senator Lindsey Graham has announced that his mind is made up – he won’t even read the documents.

McConnell has said he sees no reason for review of any documents or for calling witnesses, even though those witnesses have now added key evidence. Some, such as former National Security Advisor John Bolton, who refused to testify before the House, now say they would testify if he receives a subpoena. According to Axios 66 percent of Americans want Bolton to testify. Some 71 percent of Democrats, 56 percent of independents and 40 percent of Republicans say Senate should call additional witnesses to testify, according to Morning Consult.

Without sounding too melodramatic, this is a tipping point in history. Will senators live up to the oath every Senator is required to take to execute their role as the jury on impeachment charges without prejudice? Or will they take the political low road?

The craziness of all of this is the swirl of dis-information being perpetuated by the president; who flat-out lies to his fervent supporters who, in turn, only hear his lies and the downright nutty claims he espouses. Trump whips up crowds to support him no matter what he says or does. He tweets out misspelled lies, and fake photos. He stands on the front lawn of the White House and brags about Ukraine finding dirt on his political opponent, then asks China to investigate his political opponents for his personal gain. Committing impeachable offenses in broad daylight does not make them any less illegal.

Trump has folks believing that people who are different, black, brown, gay, homeless, or even outspoken women, are after them. He sews tribal distrust, calling into question all truth, while inciting hatred for those who are different from them, encouraging them to blame others for personal grievances and the fundamental economic changes in process around the world. (Sound familiar? link)

Why does this work with the roughly 40 percent of Republicans for whom Trump is some sort of messianic savior? Because they are being lied to, so their view of truth is misinformed. (Think of the novel 1984 …where war is peace and truth is lies.) Because Trump-ism has become a cult … because they tend to listen to only a single point of information, and it is a mouthpiece for Trump.

As the impeachment drama moves to the U.S. Senate, the very fabric of who we are as Americans is at stake. As Charlie Sikes, conservative radio personality points out, “This is a crime in progress. Republicans have to ask themselves whether they want to continue to participate in a coverup.”

The charade being advanced by the president and his loyal minions is not true. It is the Russians who hacked our databases and interfered in our 2016 presidential election. They are actively at work to undermine the 2020 election. There are those of us (including me) who have had extensive experience with Russia and the post Soviet bloc, who know that their interference is a classic Soviet-style mal-information campaign.

There is amble evidence, that the Trump campaign knew about the Russian activity and encouraged it, even if the Mueller Report wasn’t allowed to interview the people who could have confirmed that. It was the president who over the past year has conspired to extort a foreign power to interject itself into our election, attempting to damage the man he perceived to be his most likely 2020 opponent. It is the president’s personal attorney Rudy Giuliani, who ran all over Europe not just attempting to find evidence to dirty Joe Biden, but where none was found, it appears to have attempted to get others to manufacture it.

Newly revealed text messages show that it is Giuliani’s associate who conducted illegal surveillance on U.S. Ambassador to Ukraine Marie “Masha” Yovanovitch as part of a smear campaign to get her removed. She was actively opposing corruption in Ukraine and stood in the way of the corrupt actions Giuliani was conducting on behalf of the president for political purposes. The truth of these things is not reaching the people still blindly following Trump’s cover-up of lies.

The dereliction of duty by the U.S. Attorney General William Barr is astounding. Instead of pursuing the truth, instead of investigating the actions of those surrounding the president, he appears to be actively participating in the coverup, along with other cabinet-level government appointees. They are here-by reminded: they work for “we the people” not the president, however much they use the excuse that they “serve at the pleasure of the president.”

“The truth matters only if you see it,” said MSNBC anchor Stephanie Rule. There in lies the problem – will the Senate actually allow the truth to be presented?