Our Voice: Intimidation, bullies and silence

The rare editorials that Ark Valley Voice writes usually address constitutional issues, freedom of the press, the dis-function of our federal government and the role of ‘changemakers’ in society. Our view continues to be to provide truthful and unbiased coverage of the global, national and local events shaping our lives, providing our readers with the information necessary for you to make up your own minds about the issues.

But two Ark Valley Voice coverage areas this week appear to have brought out bullies determined to intimidate into silence those with a different point of view. They localize a national tenor of bullying and intimidation that comes from 1600 Pennsylvania Avenue, where the old adage ‘the fish rots from the head’* seems never-to-have-been more true. 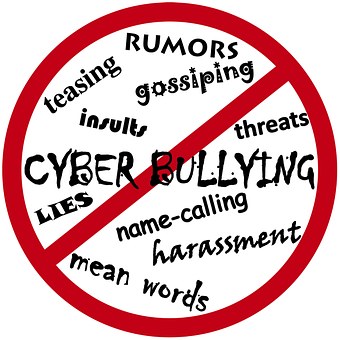 This week this community has witnessed verbal and social media attacks against those who voluntarily serve on the Buena Vista Chamber of Commerce, as well as our Chaffee County Commissioners, Colorado District Five Sen. Kerry Donovan and this news media platform. The personal attacks on Chamber of Commerce board members and the commissioners is wholly unacceptable and incredibly juvenile.

These actions should concern us all. In a democratic, civil society there is a moral responsibility shared by all of us – not just some of us – to speak and act with civility and respect for one another. The First Amendment protects all, not just some. Those who disagree with a point of view have as much right to speak as do those expressing that view, as long as they speak truth and not lies. Our Constitution reminds all of us that in our diversity, and in the separation of powers so wisely enshrined by our founders, lies our strength. Democracy is messy – but should not be violent.

One of our recent articles detailed the actions of an individual brought into this community by business owners who might not have done thorough due diligence. They have ended up in a painful and precarious legal situation that it appears has still not been reported to the Chaffee County Sheriff’s Office. While this unfortunate con has occurred, it has nothing to do with the changes put in place by the nine-member Buena Vista Chamber of Commerce Board of Directors and the Town of Buena Vista to better meet the needs of town businesses and the town’s economic position.

Our reporting of this story  has been the subject of an attack on Buena Vista social media. Ark Valley Voice staff has also experienced physical intimidation. This topic has irrationally broadened into an attack on the Buena Vista Chamber of Commerce, on which, for a short time, the individual in question, Mike Sorrels, served.

Perpetuating falsehoods about people and organizations is not funny. Merging a private action by a single person into a vendetta against a volunteer organization would seem to continue the toxic work environment that board was acting to solve. Attacking news organizations which publicly report the facts of the story is irrational.

Our continuing coverage of the county’s thoughtful actions in regard to Colorado HB19-1177 and the refusal of two of our county commissioner’s to be bullied into a declaration of becoming a sanctuary county, has also elicited strong reactions.

The fact that the Chaffee County Commissioners together with the Chaffee County Sheriff, acted boldly, delivering a written letter of concerns with the bill to the Colorado Senate and Colorado Gov. Jared Polis, is commendable. The commissioners’ refusal not to be cowered into meekly declaring sanctuary and thumbing their nose at the Constitution they are sworn to uphold was a strong stance. It positions this county to take the lead in continued state efforts to address the mental health issues underlying the need for the bill.

We raise this time-worn phrase “Don’t shoot the messenger.”

Most people don’t know that one school of history says the term originated around 1860 when Oscar Wilde, during his 1883 tour of the United States, saw this saying on a notice in a Leadville, Colorado, saloon. (Some also refer to it as “Don’t Kill the Messenger.”) The phrase is sometimes attributed to Mark Twain, but neither Wilde nor Twain ever claimed authorship.

The admonishment may actually have originated in Medieval times in reference to pigeons, when kings and warlords needed a reliable way to communicate with each other during war. Declaring a truce is the most formal way, and heading out under a white flag is another, more unreliable method. (What do you do if the other side has long range crossbows and can’t see the white flag?) But it turns out that pigeons could deliver written messages and take back the reply. Kings probably lived longer that way.

Speaking truth is a civil and a moral choice and it can be hard. Typically, what is easy and what is right are in direct conflict. There are usually those who passionately wish truth not be told. That should not stop the truth-tellers, including the dedicated crew of Ark Valley Voice writers.

For prior Ark Valley Voice Our Voice opinions, go to www.arkvalleyvoice.com/category/our-voice.

* Most sources simply call this an ancient proverb — Fish Rots from the Head Down’ — of unknown origin. Some speculate that it originally came from the Greeks, or the Chinese, or the Turks, but there is no definitive proof. It has been used as a reference to problems of leadership that ultimately cause the downfall of a state.