Our Voice: Is it OK to be a Unicorn? 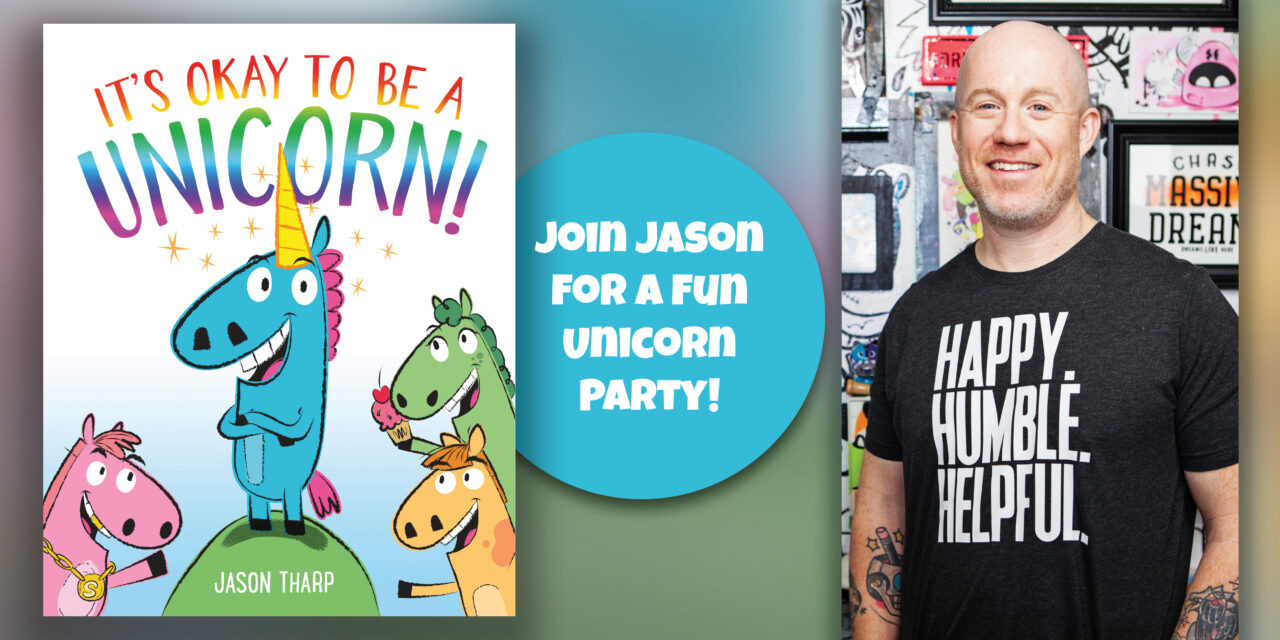 In this particular day and age, it can be brutal to be a kid who is a little different. And sometimes we different kids grow up to be writers, or artists, or tech executives, or fashion designers, or clowns. But apparently, there are those who want all kids to look and act and to grow up to be the same.

Also of note, there are now those from a certain political persuasion who think its their job to barge into school libraries and remove books they deem too controversial (read: something they don’t like and darn the First Amendment or similarities to Nazi book-burnings.)

As reported in The Washington Post a few days ago, the author who wrote “It’s Okay to Be a Unicorn!”, Jason Tharp, has learned that in at least one Ohio school district, his book which features a rainbow-colored title and a blue and purple unicorn is too controversial for him to come to the school and read the book to the class.

Since when are unicorns controversial? Apparently, since some uptight people — and not all of them parents — have decided that unicorns are gay.

“He wrote it, “to let children know that it’s okay to be different. Jason Tharp wants to write books for weird kids — because he was one. Growing up in Ohio, the 45-year-old children’s author, illustrator and inspirational speaker sometimes felt invisible. But as he battled feelings of loneliness, he found comfort in books.

Now, Tharp is on a mission to reach that “one kid” who needs to feel seen. So in 2017, he developed a character to remind his readers that it’s okay to be different. “I sat down and tried to figure out what kind of character would be nonthreatening, that they will be instantly lovable and I would be able to kind of get them … to be invested in the story,” Tharp said in an interview with The Washington Post. “I was like, ‘Kids like unicorns.’ “

According to The Washington Post Tharp was getting ready to read his book at an elementary school (Buckeye Valley Local School District, north of Columbus) when he got a call from the principal stopping him in his tracks.

The principal saying higher-ups didn’t want him reading the book.

“I just straight up asked him, ‘Does somebody think I made a gay book?’ ” Tharp said. “And he said, ‘Yes. … The concern is that you’re coming with an agenda to recruit kids to become gay.’ “I was just shocked — and all from one parent,” said Tharp, who had been up until 3:00 a.m. that day signing the books. “I never ran into an issue like this. … I never in a million years thought I’d have to defend this book.”

The Post followed up with the school, and the school didn’t comment, except to say that one parent had complained. Sou apparently the assistant principal of an elementary school in Mississippi who read the children’s book ‘I Need a New Butt!’ to second-graders, was out of line too. Then he got fired.

Come on people. What is going on here? The adult-created, politically-crazed culture war has gone over the top. School libraries and curriculum books have become a target of the right-wing, who have decided that they get to monitor books for the rest of us and taste (and for that matter truth) and common sense be darned. It matters little that the far-right has gone after Disney World, and Dr. Seuss, now it’s them projecting their adult phobias on our children — who I should point out are not their children.

Near the end of last year, as the hysteria began to mount the American Library Association referred to the rate at which books are being challenged as “unprecedented.”

Tharp’s book “It’s Okay to Be a Unicorn!” follows a unicorn named Cornelius who lives with horses who say they don’t like unicorns. In the end, he tells them he’s a unicorn and everything ends happily. Remember, it’s a book for elementary school kids. He says he offered to read a different book, “It’s Okay to Smell Good!” about a skunk who lives in a stinky world but he’s a skunk who likes things that smell good. But “higher ups”  didn’t want him reading that book, either.

For the record, my twin granddaughters love “It’s OK to be a Unicorn”. They’re also into unicorns, and rainbows, and hearts and flowers, and all sorts of nice-smelling things.

When school boards start holding emergency meetings about stuff that adult brains think up and focusing that on kids — that’s projection. When teachers at schools are told, as they were at the Buckeye Valley Local School District to take down drawings of unicorns, as well as rainbows, that students made in anticipation of Tharp’s visit — that’s over the top.

What I want to know is, who’s going to tell God to stop making rainbows?

According to the interview Tharp gave with The Post, before the pandemic he was speaking to about 40,000 to 50,000 students a year. He thinks that the schools and people who objected to the book never actually read it because there is no reference to the LGBTQ community. “They are projecting their agenda [because] there is a rainbow … on the back of the book.”