Our Voice: Like a Nightmare From Which You Cannot Awaken

More Mass Shootings Than Days in the New Year

The toll early in 2023: at least 39 mass shooting in the U.S. thus far, leaving 59 dead including the horrendous killing of at least 11 people and wounding of nearly a dozen more at a Lunar New Year celebration in Monterey Park, California. It was followed by two more mass shootings in California in the next two days.

According to the Gun Violence Archive, five incidents have occurred in Florida, followed by Louisiana with four; and three each in California and Texas. In all, 18 states have had mass shootings (defined as four victims or more,not including the shooter) as of January 24, 2023. 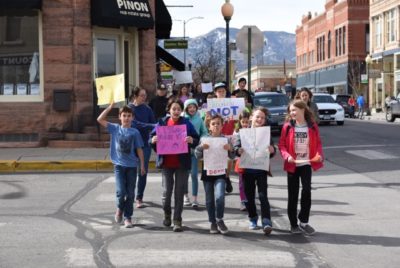 The headlines and the police report details are mind-numbing normalizations of violence. A sampling of the latest carnage:

– Enoch City, Utah – a family of eight, including five children, dead from gunshots. The local paper reported the obituary for the Utah man who fatally shot his five children, mother-in-law, and estranged wife: “Michael made it a point to spend quality time with each and every one of his children. Michael enjoyed making memories with the family.”

– Shreveport, Louisiana – eight people shot, including three children; a five-year-old, and two three-year-olds, one of whom was in critical condition.

The stories will soon be outdated as more mass shootings outpace the number of days thus far into the new year.

For 2022, the grim totals saw 735 mass shootings in the U.S., according to Gun Violence Archive, with five at a school or university, two at a place of worship, resulting in 762 people dead, and more than 2,900 wounded.

The experts say other aspects of gun deaths don’t get the attention the mass shootings do; suicides account for more than 60 percent of gun deaths in the country, and injuries from guns put a huge burden on our health care system (more than a billion dollars annually) as well as the families affected by this senseless violence.

Statistically, mass shootings are still rare, just one percent of the nearly 192,000 gun deaths in the U.S. between 2015 and 2019. One expert told ABC News that for every mass shooting story, there are on average, 300 other deaths, mostly suicides, not widely reported. More than 100 people die due to gun violence every day in the U.S.

Gun deaths are not just an urban problem. Studies show that nearly 50 percent of gun deaths occur in rural areas, and suicide by firearm rates in some states, like Colorado and Wyoming, are increasing, which should be of concern in our state.

The approach to gun control, and gun ownership, including who should not be allowed to have a firearm, has been exacerbated by the right-wing opposition. The hefty financial clout of groups like the National Rifle Association has foiled any additional common sense laws toward gun control.

The decades-long question of ‘what can be done?’ is on so many minds. The actual meaning of the Second Amendment, as applied in modern society instead of its original meaning, has been debated for decades.

Solutions have come incrementally. President Biden has voiced support for renewing a previous ban on military-style assault weapons, but this faces a steep uphill battle in Congress.  Many say, he should make the effort anyway.

‘Red Flag Laws,’ (Extreme Risk Protection Orders), allow firearms to be temporarily removed by a judge from a person thought to be a threat to themselves or others, especially when in a mental health crisis. In Colorado, some members of law enforcement said they would not support confiscation of firearms under those rules, claiming it would violate the Second Amendment. But in the past year, some law enforcement has admitted they work.

Adequate mental health resources in our state and elsewhere simply cannot be overlooked as part of the problem and potential solution.

California has strict gun control laws, but nothing prevents the acquisition of guns in neighboring states by California residents. This is a national violence crisis, not just a state or local one.

As 2023’s first month rolls out a bloody list of needless tragedies, it’s plain that the time for a real reckoning, even with the continuing divided, toxic, hardball politics in Washington, is long past due.

Bring on the rancorous, heated debates. Let’s argue, let’s have a knock-down, drag-out, but finally decided debate about U.S. gun violence. This gun violence makes us an outlier to so much of the rest of the world. It needs to be finally fought over and in short-and-long-term measures, resolved.

Editor’s Note: If you or someone you know is in crisis, call or text 988, or visit 988lifeline.org/chat to chat with a counselor from the 988 Suicide & Crisis Lifeline, previously known as the National Suicide Prevention Lifeline. The 988 Suicide & Crisis Lifeline provides 24/7, free, and confidential support to people in suicidal crisis or emotional distress anywhere in the US.