Our Voice: No, Mr. President, it’s not the media’s fault 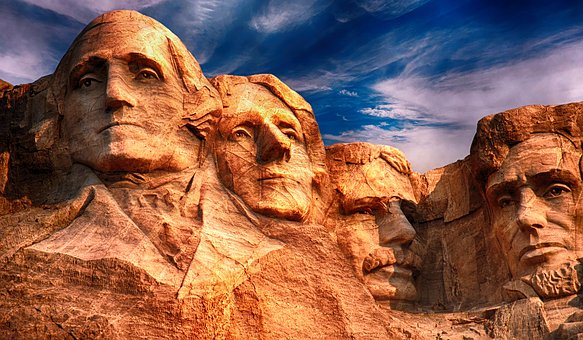 There’s a bomb-making nutcase sending bombs to high profile political leaders and outspoken critics of the president, and he would like you to believe that it’s the fault of the media that this is happening. That’s like saying that you chose to jump off a bridge, and although I was yards away and observed you do it, you blame me for pushing you.

This week we have witnessed the most chilling, comprehensive and coordinated assassination attempt on former and current leaders of our country that we have ever seen. So far 10 bomb packages have been discovered. As law enforcement agencies across America scramble to track down the perpetrator behind the unprecedented rash of bombs sent to two former presidents, a former vice president and former secretary of state, United States congressional representatives, the news media and prominent supporters of candidates and positions, there are a couple of truths that should be pointed out.

First, all the targets are high profile Democrats. Second, the delivery of bombs may not be over – meaning that we remain under attack. Third, no Mr. President, this is not the media’s fault. The blame is laid squarely at your feet as a result of the toxic rhetoric, the lies, the deceit, the unpresidential vitriol that spews from your mouth and spreads across this land.

The president’s mouthpiece begs to differ. “There’s a difference between comments made and actions taken,” said presidential Press Secretary Sarah Sanders. “The idea this is at the hands of the president is absolutely ridiculous.”

Wrong. Let me point this out – man who presently occupies the office of the president of the United States – words matter. When you use derogatory names for women and minorities and those who you have decided to make scapegoats for your me-me-me agenda, when you persist in chanting Messianic phrases that get mouthed by mesmerized followers at your constant rallies, you are following an authoritarian playbook. When you spout falsehood after falsehood, and then blame any result of your rabble-rousing on we the media – whose job it is to seek facts and truth and report on the actions of government – you are on a predictable totalitarian path. Let me refer readers to this earlier Our Voice opinion:

Rise of authoritarianism – Not just another day in America

All of us, even the media attempting to report this, are treating the president as if he is a temperamental 2-year-old who can’t help himself – will he tone it down? What is his mood? Can he control himself? Seriously folks? This is the person who is supposed to be the leader of our democracy and a model for our children.

Thursday morning, presidential historian Michael Richard Beschloss confirmed that “We haven’t seen this before in either modern or early American history. Never. And much of this, including the president’s attack on the media as an ‘enemy of the people’ is contributing to the environment of hate and intolerance. President Lyndon Johnson didn’t much like the press, but he would never have said the press is the enemy of the people.”

These devices are being sent to incite fear – a crude attempt to silence those who would speak the truth about the devolution of the American presidency. We are at a tipping point in our representative republic.

Yale Professor Timothy Snyder, who has just published “On Tyranny: Twenty lessons from the 20th Century,” offered this chilling caution last week: “We have a critical moment now where we are seeing normalization of human beings bending their souls to the new thing. If you say it’s normal to have leaders who don’t care for the rule of law … that a whole swath of our media are no longer based on fact – here’s the thing: the timing in the first weeks and months (of the term) the power of ordinary people is stronger, and you can stop the progress toward tyranny. But if you waste that moment – like Nazi Germany in 1933 – you have unloosed tyranny. The German people had the chance to keep Hitler just the chancellor, but when they allowed a loyalty oath just to him, he became the Fuehrer. If you wait six to nine months, the political system changes so that actions have costs. Wait too long and there are no options that aren’t choices.”

I choose the rule of law. What do you readers choose? 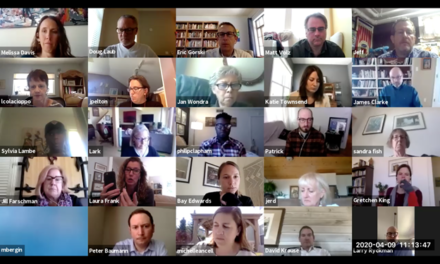 Local News Collaboration in the Time of COVID-19 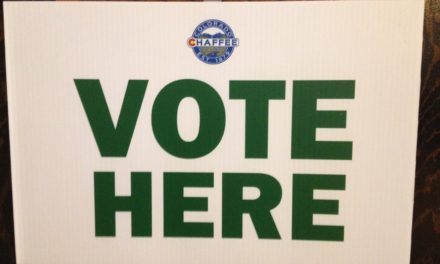 Letter to the Editor: Person, Not Party

Our Voice: Quotes and Other Cultural Indications

Letter to the Editor: They’re Out to Make a Buck at Any Cost

Our Voice: Imagine a World Without a Free Press and You’ll Come Face to Face with Fascism