Our Voice: Roadtrips across America, Fields of Corn and Threats to Democracy 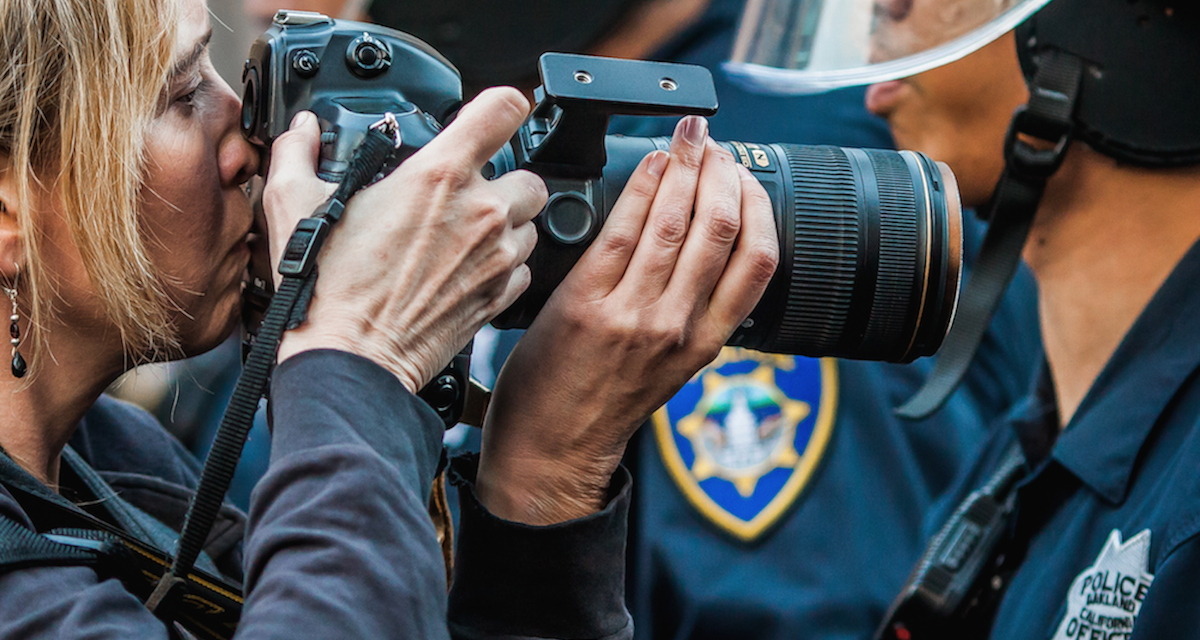 It could be said that I have seen more of our country this summer than I have for years. Some of what I have seen has been disturbing, revealed in signage among the rolling fields of corn stalks and sorgum; announcing a demanding bitterness, as if by doing so, it would make them true. Other views have been hopeful, seen through acts of kindness, and an understanding of how and why this country and our democracy must endure.

This summer I have trekked back and forth between Colorado and Wisconsin three times, made two trips to New Mexico, several to Denver, and caught one flight to Portland, Oregon.

The trips were made for various reasons: a long-awaited north woods family reunion in Hayward, Wisconsin, a cross-country move for one of our children, a class reunion, a journalism conference, and a family pioneer heritage search that had me and my siblings buried in a County Recorder’s deed of record archives in Pepin, Wisconsin.

That this amount of travel has occurred as Ark Valley Voice (AVV) has moved from an LLC corporate status to a new nonprofit 501(c)(3) status under the fiscal sponsorship of the Institute for Nonprofit News is nothing short of amazing. It accomplishes a long-awaited goal of our fiercely independent, truth-based news organization.

That this nonprofit goal has been accomplished is a testament to the determination of our intrepid AVV Crew of editors, reporters, tech, and social media people, together with the board of our sister organization the Truth Has a Voice Foundation (THAVF), with which we are now merged. Our mission, that “Truth Has a Voice” is unchanged, and we believe, more important than ever.

As COVID-19 has receded and the country has opened up — ready or not — another epidemic is festering and the clues to this are along our roadways and in our social media. While AVV will be examining each of these in more detail over the coming weeks, this is what I see:

1. An inability to tolerate or accept these truths;

Along the roads through Nebraska, Iowa, and Wisconsin, there were signs: “Save America – Trump 2024,” “Make America Great Again — Trump 2024,” “Pray for Trump,” There were other signs claiming stolen elections, not trusting the government, declaring babies have more rights than women, you get the idea…

Outside of those signs, and the mutterings heard at gas, bathroom and coffee stops along the way, we also glimpsed folks like us, traveling, eating pie, being nice, sharing the road, and trying to get in COVID-delayed trips.

But there is a disturbing undercurrent out there. The disinformation and purposeful dissemination of lies and the perversion of real facts is its own epidemic. This need to assert the big lie is rooted in #2 — which lies with a deep-seated need for power and control; the antithesis of democracy:

2. The Republican party appears to be shifting; becoming increasingly extreme, militant, and threatening — this is authoritarianism at its roots. This is disturbing because our democracy needs a healthy Republican party.

“Just because you believe it doesn’t make it true,” said the Judge to right-wing commentator Alex Jones during his recent defamation trial brought by the parents of the children slaughtered in the Sandy Hook school shooting. Jones had claimed for years that the shootings were staged and the children didn’t exist. It was only one of the dozens of lies he has perpetrated, including Trump’s big lie.

3. Republicans appear to be setting up a multi-spoke and hub plan that seeks authoritarianism triumph over democracy — it’s all about winning — Damm the ethics involved or the destruction of the Rule of Law and faith in our one voter – one vote system.

The emergence of extreme right marketing is reminiscent of Hitler’s propaganda machine — which he actually called “The Ministry for Propaganda and Enlightenment.”

It’s as if by sheer force of threat they can decide what the rest of us do with our bodies, what our children read, what they learn, what we think, and what we believe.  All of it dictated according to a narrow authoritarian and messianic line that reinforces white supremacy.

There is something to be said for moderation

“This is spiraling out of control —  they are saying if you disagree with us there is a target on your back,” said Senator Patrick Leahy (D – Vermont) this week. “We used to find room in the collaborative middle — though policy — we used to be friends across the aisle, even when we disagreed. Those kinds of relationship barely exists now.”

An AVV reader recently commented on the shift by a former Republican state Senator to the Democratic caucus saying “I’d prefer he stay on the other side,” citing the need to accommodate his viewpoints.

But that is the point of the moderate middle — it requires that we listen to each other. Perhaps between the extremes I witnessed driving across middle America this summer — there might be a way forward — but it is slim and perhaps closing fast. My wish for us this election season is not that we agreed, but that we really try to be respectful and listen to each other.

As we go forward into the 2022 election season, AVV will be examining these realities and more — looking to identify which of these have an impact on Chaffee County, and across Colorado.