Our Voice: The Real Choices in This Election

Editor’s Note: Our Voice is the editorial section of Ark Valley Voice, the only place where our opinions are published.

This election is about choices, but perhaps not the choices of which readers are aware.

One of the obvious choices of the 2022 election became apparent in June when the conservative activist majority of the U.S. Supreme Court struck down Roe v. Wade. In one fell swoop, the decision wiped out nearly 50 years of settled law, withdrawing women’s Constitutional right to privacy and control over our own reproductive health choices. 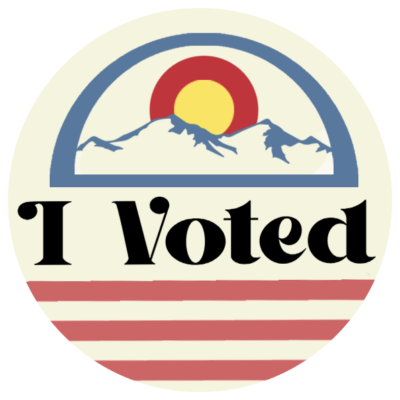 I Voted in Colorado, November 2022

The day Judge Samuel Alito’s majority opinion was announced it revealed the hypocrisy of the conservative judges in their answers to the Congressional Review Committee.

At that moment, the Ark Valley Voice crew was spread across the United States, but our texted responses over the decision united us in our horror over what this decision meant for us, our daughters and granddaughters, and the men in their lives.

While Colorado had moved to protect reproductive freedom with a statewide ballot question, the future is by no means certain. Candidates in other states have announced the preposterous idea that reproductive decisions should be made by “the woman, her doctor, and local government officials.”

Recently Senate Minority Leader Mitch McConnell announced that if Republicans win control they will put forward a bill to ban abortion nationwide. This makes this choice fairly clear — simply look at where the candidates on which we are voting stand on protecting women’s rights to make their own decisions about our own health and bodies.

It should be noted that many Constitutional rights are based on the right to privacy, including basic contraception, gay marriage, and interracial marriage.

Since Judge Clarence Thomas has indicated that the nation’s highest courts should take a look at many of these long-standing rulings, these rights too — to decide when and how many children to raise, whether to attempt to become parents by IVF, or to have children at all, to love who we love and marry who we love — are being called into question by a large segment of the Republican party. If the court weakens these Constitutional rights, then a fundamentalist element of the Republican Party could wipe out these rights nationally as well.

Less well-known are the impacts on the financial underpinnings of a dignified retirement on which more than 66 percent of seniors who have worked all their lives depend. According to Page 39 of the Republican Party 11-Point Document,  Right there in writing they say they also want to do away with the Social Security and Medicare guarantee, put in place a national ban on abortion, and support a review by the U.S. Supreme Court of personal rights to family planning including both contraception, and IVF. 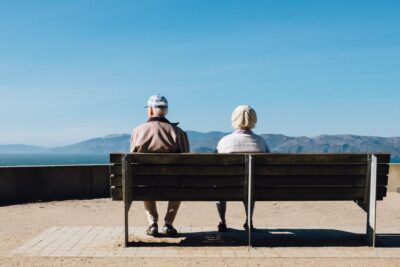 According to this plan, echoed by hundreds of Republican politicians, Republicans want to remove the secure underpinnings of Social Security and Medicare, making them “reviewable budget items” every year, or at most every five years. Think of the chaos and the terror not just for seniors, but their children, if Republicans choose to do what they have done before – shut down the government and deny budget approval as some sort of political stunt?

As former President Barrack Obama said stumping in Wisconsin this past week, conservatives have voted to raise the retirement age to 70 and they are vocal about phasing out Social Security and Medicare.  “Seniors have earned the right to retire and live with dignity. Why? Because They worked for it! But it is being questioned by the Republican Party.”

He pointed out the Republicans don’t have a platform other than chaos and destruction … ending by asking, “Who’s got your backs?”

“This is not a referendum – it is a choice. What kind of country do you want?” said President Joe Biden about the 2022 election.

“The choice in this election is whether we will build on the progress we’ve made, or revert to the failed policies that made our economy less fair, our future less bright, and our democracy at risk,” wrote Colorado U.S. Senator Michael Bennet in an opinion piece on Fox News this weekend, adding, “most important, creating an economy that grows for everyone, not just those at the very top.”

At the moment the first buzzword for conservatives is inflation. But most folks over 60 survived 1980’s inflation rates and this is hardly what we faced then, nor will it be, with the country’s historically-low unemployment and record job creation.

Their second buzzword is crime — but national statistics show that violent crime is down 40 percent and that murder rates are higher in red states than blue states (must be those guns). Here in Chaffee County our AVV survey showed concerns over crime ranked at the very bottom of what you want commissioners to focus.

While the current crop of 2020 election deniers running for 2022 office is concerning, what could come our way in 2024 may be the opposite of democracy. This is not your old-school conservatism; which can be respected as policy positions. This is hate and demand for power — or else.

Republican Congresswoman Marjorie Taylor-Green, whose bigoted rhetoric of antisemitism, homophobia, and racism got her removed from all her committees in the past two years, has now begun to threaten the congressional leadership of her own party if she doesn’t get what she wants. Last weekend she said when Republicans take back control of the U.S. House she expects Kevin McCarthy to hand her choice assignments; “If he doesn’t give me Oversight and Judiciary committee, my base is going to be very unhappy.”

Really? So is she going to send them to attack the U.S. Capitol? Wait, former President Trump and his supporters have done that once already. 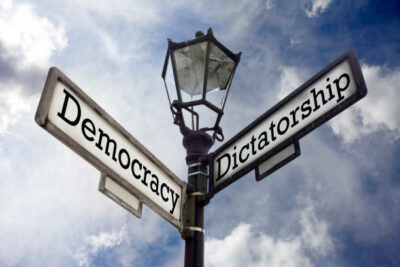 Street sign illustrating the concept of Democracy versus Dictatorship.

History has shown us that the slide toward autocracy doesn’t happen overnight.

If fascism in the form of autocracy were to become the norm here — the reality is stark: If you think your freedoms are being threatened now — what do you think is going to happen to our Rule of Law?

Just wait until those who would have power federalize all corporate and private banks. Just wait to see what would happen to contract law and property ownership.

(The Nazi fascists had a nasty habit of simply seizing what they wanted, be it homes, companies, art, or other valuables, while “disappearing” those who had the bad luck to be in possession of what fascists wanted.)

Want to build a building or start a business — get ready to bribe someone. Want to run against the rival party or ruler? Good luck and hope you keep your head.

Under fascism, forget most of the freedoms contained in the First Amendment — there might still be freedom of religion – but only the Christian Nationalism version of Christianity; never mind Catholicism or mainline Protestants, or other world religions. Freedom to assemble or petition the government for grievances? Gone. Freedom of the press? This writer would be arrested for writing this article.

As we approach November 8 and the days that will follow the 2022 General Election, recall these words: “A democracy only survives if people win humbly and lose graciously,” said Presidential Historian John Meacham. “That principle has been violated. Those are the stakes we are talking about … This is the most important election since the Civil War.”