Our Voice: This is How Far We Are From the Gettysburg Address 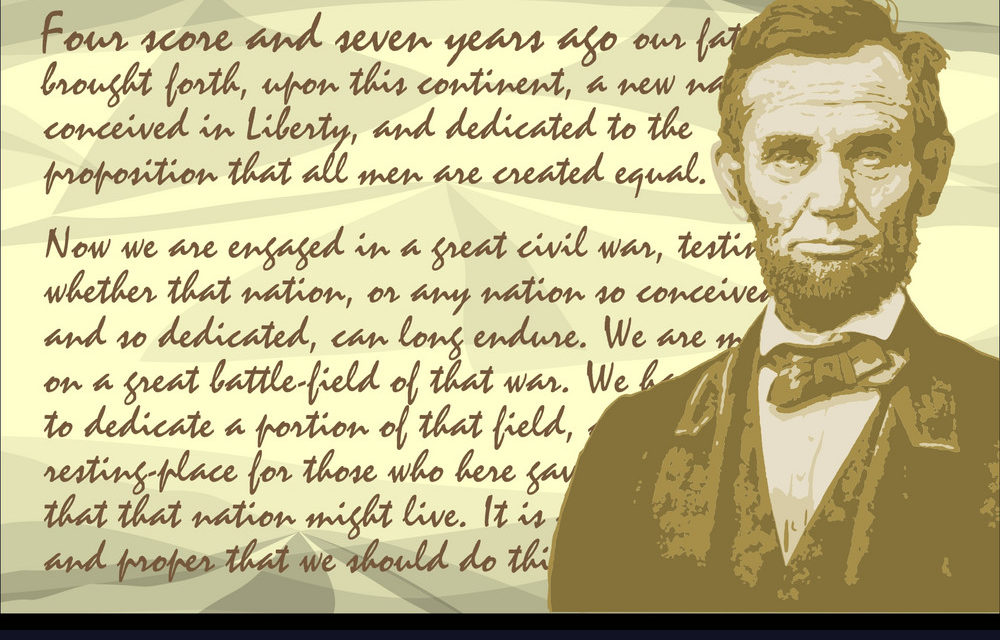 On this day 157 years ago, Nov. 19, 1863, at the dedication of a military cemetery in Gettysburg, Pennsylvania, during the American Civil War, President Abraham Lincoln delivered one of the most memorable speeches in American history: the Gettysburg Address.  Our country teeters at this moment in history at a different point — no less critical to the survival of our nation.

Only four months prior, the three-day battle of Gettysburg had become the bloodiest of the Civil War, with 45,000 men killed, injured, or missing in action.

In a mere 257 words, Lincoln delivered the case for the preservation of the union, the sacred trust that is our democracy and the responsibility that each of us carry to defend and pledge allegiance to the Constitution of what from the conclusion of that war we became; THE United States of America.

Lincoln called it his” little speech.” At first, opinions of it were divided along partisan lines. But then — then its place in history was set:

The world will little note, nor long remember what we say here, but it can never forget what they did here. It is for us the living, rather, to be dedicated here to the unfinished work which they who fought here have thus far so nobly advanced. It is rather for us to be here dedicated to the great task remaining before us—that from these honored dead we take increased devotion to that cause for which they gave the last full measure of devotion—that we here highly resolve that these dead shall not have died in vain—that this nation, under God, shall have a new birth of freedom—and that government of the people, by the people, for the people, shall not perish from the earth.”

The precipice on which our country teeters at this moment is real We have a democratically-elected president-elect to which the sitting, petulant president refuses to concede. We are witnessing in real-time Trump’s active efforts not to win the election, but to take this election. This is a fitting day to point out how different — and how much the same — is the situation America faces from that day in 1863:

Then — an honest, humble Republican president sought to preserve the union and heal the division of the country. He fought bigotry and hatred, and sought and found the best in the nation and its people.

Now — a racist, authoritarian pathological Republican president seeking to tear our country apart, divide us one from another, and bring out our worst; sowing chaos, conflict, hatred, and bigotry.

Then — a civil war of North and South, a conflict of slave and free states; killing more than 600,000 Americans and in the end, the North prevailed and America’s original sin of slavery – the ultimate bigotry — abolished.

Now —  nearly as divided as we were then, but now with armed, illegal militia groups spewing bigotry and hate and an outright rejection of our nation’s diversity, a swath of people questioning science, facts, and truth itself,  a president that tromps about the White House like some mad King Lear, spouting seditious cries of fraud in an attempt to hijack this election. And underlying this a political party — Republicans– afraid of all of them.

Then –When Lincoln spoke to the American people, on the battlefield, and at home, there were facts, hard truths, and straight talk about what the country faced and what we stood for.

Now — A swath of people live in an alternate universe where up is down, black is white, war is peace and lies are truth. They are led blindly along by a lying president who appears to never have met a fact or a truth he doesn’t twist into some ugly thing. The party is a cult of Trump that stomps on facts, mocks decency, and fears telling their electorate the truth.

The result: A danger the likes of which our democracy has never seen; the attempted disenfranchisement of not just of hundreds of millions of Americans, but of the unfinished work of democracy for which our ancestors (MY ancestors) fought and died to preserve. It begs the question: Where did the Republican Party go — or is what we are seeing what they really are?

The Gettysburg address was barely three minutes long. But its lasting impact is to stand before us as the beacon of this truth: that ‘we the people’ have the sacred duty to assure that “government of the people, by the people, for the people, shall not perish from the earth.” And more and more that means standing up to Donald Trump.

Our Voice is the opinion of by AVV Staff.