After a long wait, Chaffee County appears poised to make progress on the definition of ‘outfitting.’ A recent joint session of Chaffee County Commissioners and the Planning Commission placed a two-part definition on the table, as a way to move forward. The issue was first raised more than a year ago when resident Dave Moore made a proposal to amend the Chaffee County Land Use Code to clarify the county’s confusing approach to outfitting. 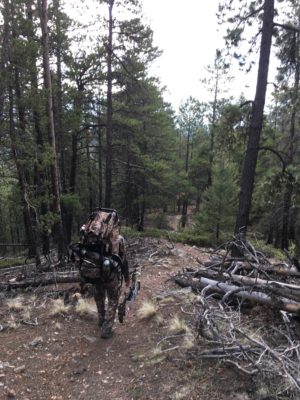 Contrary to what many think, an outfitting definition, including what activities constitute ‘outfitting’, currently does not exist in Chaffee County Land Use Code. Instead, a vague definition about facilities that might be used for outfitting appears to have been substituted for a clear description of what activities.

While Moore’s proposed amendment was rejected at that time, county commissioners asked staff to come up with a definition that would include a numeric related to a number of events, the scope of activity and commercial intent. A year went by but that did not happen. Instead, when the issue was raised again a few months ago, County Chair Greg Felt asked that the topic be an agenda item for a joint May work session.

“The concern came from citizen input almost a year ago, Dave Moore and Kate Larkin [gave feedback] on the current definition and how that could be interpreted,” said Felt. “The word ‘outfitter’ was sidetracking a lot of people who saw it as hunting and fishing. We were considering impacts from a land use perspective.” 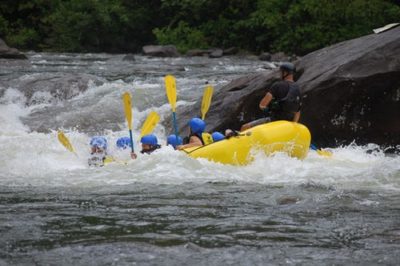 Felt went on to explain that the last time this topic was discussed, three things were identified to guide definitions: “Commercial or gain, versus doing something for recreational purposes or as a hobby, the frequency – does it go on every day, or once in a blue moon …. and volume. One thing once a week is different than a company doing something every day with lots of folks.”

Felt said that the county needs to be careful not to enforce outfitting rules that could impact personal lives and private activities. “There are more people moving here because they enjoy these activities and they don’t want to be reined in by our planning process.”

He said in his research on the topic and review of current rules he reviewed rafting enterprise code and current outfitting facility definitions which read: “The improved structures and facilities related to guiding services for outdoor expeditions, including fishing, camping, biking, motorized recreation and similar.”

He asked the group to consider breaking definitions into two parts: “First we define the business activity, then define the facility in reference to that activity. The first part is not regulatory, it’s descriptive – it’s what we’re missing right now.”

Felt presented two proposed definitions beginning with the activity, then following that with second, facility definition that when final would be contained in land use code:

Planning Commissioner Bill Baker asked about the money-making aspects of the definition. “They ask you on the big rivers is anybody making any money on this? Seems to me GARNA (Greater Arkansas River Nature Association) fits into the nobody’s making any money off it is clear.” To which Felt responded, “don’t confuse [that] with profit.”

Planning Commissioner Bruce Cogan questioned the descriptions saying, “The purpose of a LUC is to limit the impact to the neighbors.”

But Commissioner Keith Baker interjected, saying “So if my neighbor is doing this dirt bike thing and I don’t care, but if someone bought my place and didn’t like it – they could say ‘hey I don’t like that activity’ – they could stop it? I think this gets into how often, how many people doing it.” 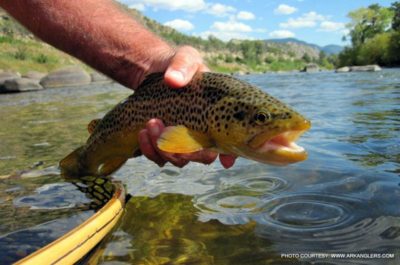 Fishing for brown trout on the Arkansas River above Salida.

“Those are valid, but the term ‘commercial’ doesn’t tell us much about the impact to the neighbors. If it’s small scale or not,” responded Cogan.

“But then you’re penalizing someone for being popular,” said Anderson Horne.

“We’ve always made a distinction between commercial and personal,” said Planning Commission Chair Mike Allen. “I have horseshoe pits – but when you’re charging for compensation, that changes the scale.”

“Yes, but with commercial, there is the concept, the desire, for growth,” said Felt.

“The key word in here is rental,” said Planning Commissioner Dan McCabe. “My two grandsons jump on ATVs and drive them all over, but I don’t rent them … I don’t think the scale has anything to do with it. Monarch’s business is different in June from December. It’s the word “rental” that matters.

“But we can use commercial for that, as a substitute,’ said Bill Baker. “We, as a county, have an interest in regulating commercial.”

Cogan objected, saying that the definition was still too broad. He noted that their family has fishing guides who use their property and technically the guides house is serving as an outfitting facility. Felt and Keith Baker responded, saying that some fishing outfitters and most backcountry and climbing guides don’t have a facility.

Felt added that keeping the zoning criteria fact-based provides a framework for considering an applicant: separating the definition of the activity from the enforcement of the LUC based on facilities.

The group discussed how the definition of clubs related to defining activities, debating formal clubs registered with the state, versus “a bunch of guys doing their thing.”

“So the club thing – if they have any kind of gathering, shared equipment, activities not conducted for monetary gain, say a fraternal organization, a hobby club, these are not commercial,” said Horne.“But if you get into detail between clubs and true commercial activities…”

Felt pulled the group back to the task at hand. “My question to you is – are these words correct? I’ve given this thought, but no multiple drafts on this. Maybe [we should] think about the unintended consequences.”

When the difference between a public facility and a private facility was raised, Felt added “This isn’t unique to Chaffee County. Here the recreation facilities are almost all public, and you do what you do at the facility – like golf.”

Cogan reminded the group that under current rules, a major impact review is required in a residential area.

Planner Christy Barton said that a county resident teaching kayaking recently did only a limited impact review. But McCabe pointed out that small operations often don’t come to our attention… “but when the bus finally pulls up, then we notice.”

“Frontier Ranch is a huge operation – they are a [nonprofit], but they might have more impacts than any other business in the county. People pay to go there,” said Planning Commissioner Joe Stone.

“There are other outfitters who are not-for-profit, but from an impact standpoint they are big,” said Felt.

“The big issue is we don’t want a definition that doesn’t allow us to regulate people who have an impact, versus something so broad that it would pick up me and my friends meeting up to go mountain biking and I get paid for the gas to drive!” said Assistant County Attorney Daniel Tan.

The group agreed to collect comments and suggestions based on the definitions and scheduled another joint work session in June on the topic.