Paddlefest Time in Buena Vista, and Summer is on 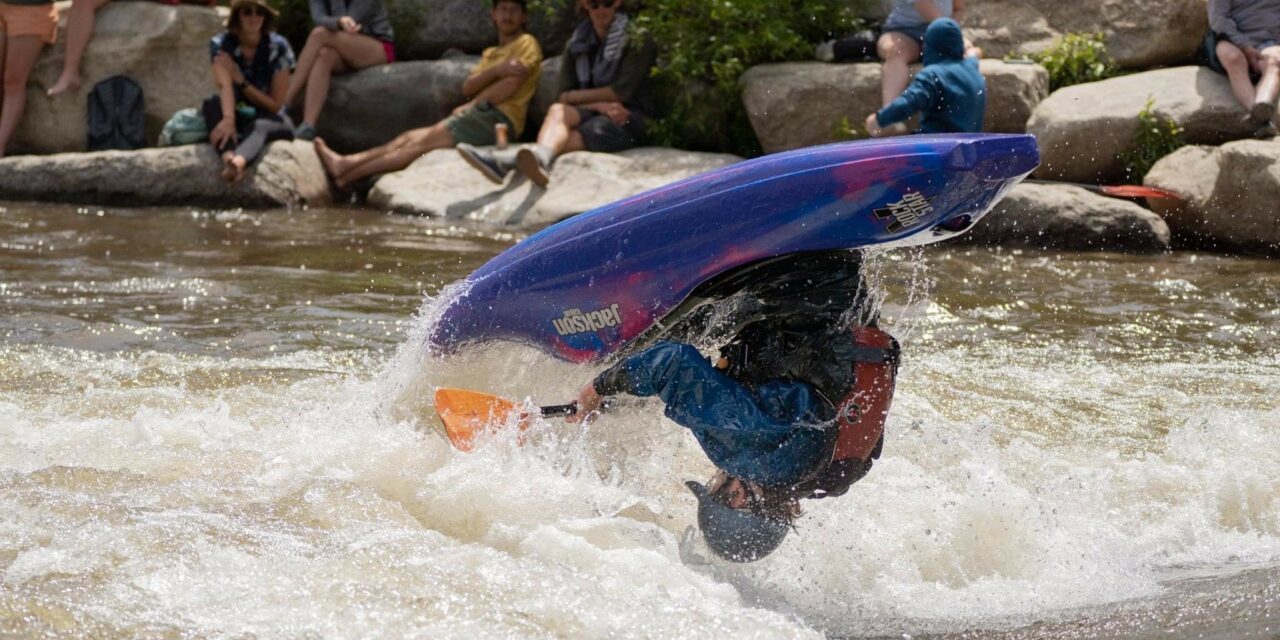 Memorial Day Weekend in Buena Vista (BV) is always synonymous with the celebratory kickoff of summer and whitewater sports hosted by CKS’s Paddlefest. 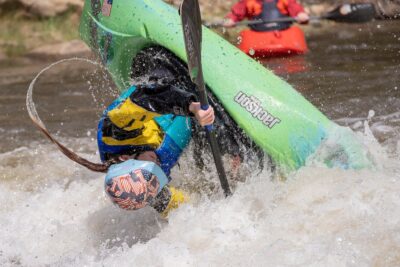 Celebrating its 21st Anniversary this year, Paddlefest is one of the most anticipated events of the summer. Unlike previous years, due to COVID-19, this year’s Paddlefest is back to its standard weekend chock full of events, live music, and more. It’s just another welcomed step towards some sense of normalcy in the Valley.

Earl Richmond, founder and original owner of CKS, (now in charge of the Recreation programing for the town of Buena Vista) formed CKS in Summit County with the intention of providing a whitewater equipment retail store and instruction for rafters, specifically those with physical disabilities.

However, Richmond and his team quickly realized the costliness and manpower needed to instruct those with disabilities on the water was insurmountable. Without hesitation, Richmond opened up instruction for whitewater rafters of all ages and skill levels. 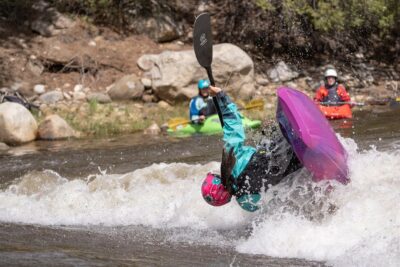 CKS started hosting retail and gear swaps in Silverthorne as their reputation quickly started to grow as a leader in whitewater sports. In fact, for the first three years of its history, Paddlefest was held in Silverthorne, closer to ski resorts than any whitewater rapids. Richmond began to realize that Summit County was not the ideal whitewater environment for his company and mission.

In 2001, Richmond decided to move CKS and Paddlefest to Nathrop, CO. Richmond had always envisioned CKS being in the Valley, but he came to realize that Nathrop didn’t provide the easy access to whitewater the company and festival truly needed to thrive. That’s why Richmond made the fateful decision to move CKS and Paddlefest to Buena Vista in 2004, and easily tap into the Arkansas River, some of the most celebrated whitewater in the country. 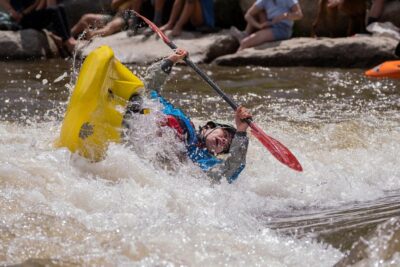 Over the years, what originally started as a retail and gear swap, Paddlefest has added huge educational components, on-water events/competitions and instruction, Vendor Village, and incredible live music as standards for the festival. This year’s Paddlefest was no exception and kicked things off Friday with the CKS Gear Drop Off, Thievery Corporation and Chali 2na at South Main, Dragondeer with Todd Stoops at The Lariat, and the Joy Lap/Antix Play down the Numbers. 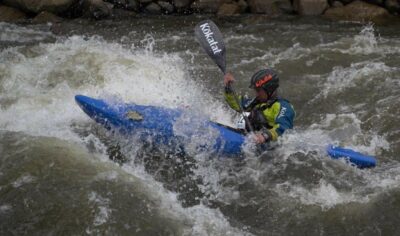 Paddlefest is the traditional start of the summer season in Buena Vista. 2022 photo by Landon James.

Paddlefest also signals the beginning of standard operating hours for The Lariat. Starting the first week of June following Paddlefest, The Lariat will open its doors regularly Wednesday through Sunday. This is a welcome signal that the town has long been waiting for.

Paddlefest wrapped up its festivities on Monday, May 30 with its traditional final event; the Race To The Grill hosted by River Runners. The event is a fan-favorite river float where participants make their way as quickly as possible through the family section of the Milk Run, ending their whitewater stampede at the welcoming Riverside Bar and Grill at River Runners downriver from Buena Vista.

Paddlefest not only kicks off the summer and whitewater rafting in the Valley, but it’s also a megaphone to Colorado and the nation that BV might be a small town but has a big roar.

“It’s the celebration of the beginning of summer and introduces and reintroduces people to BV. It [Paddlefest] says ‘Hey here we are in BV. Don’t forget about us!”, Richmond said with excitement.

For 16 years Richmond organized and ran Paddlefest, but after selling the CKS storefront in 2016, now assumes a more mentorship role with the festival that demands year-round planning and collaboration. Although Richmond has stepped back from his original roles in starting and running the festival, his words sum up Paddlefest the best.

“What I love and always loved, is seeing all the familiar faces from the past 20 years coming back again and again. That’s what brings the most joy to me,” fondly recalled Richmond.

Paddlefest highlights the very best this Valley has to offer during the summer. It brings a community together around respecting and communing with nature, sharing and swapping resources, fantastic live music, and the incredible blessing it is to partake in this piece of paradise called Buena Vista.

Next up, celebrating summer on the Arkansas River — June 16 through June 19 — FIBArk in Salida.