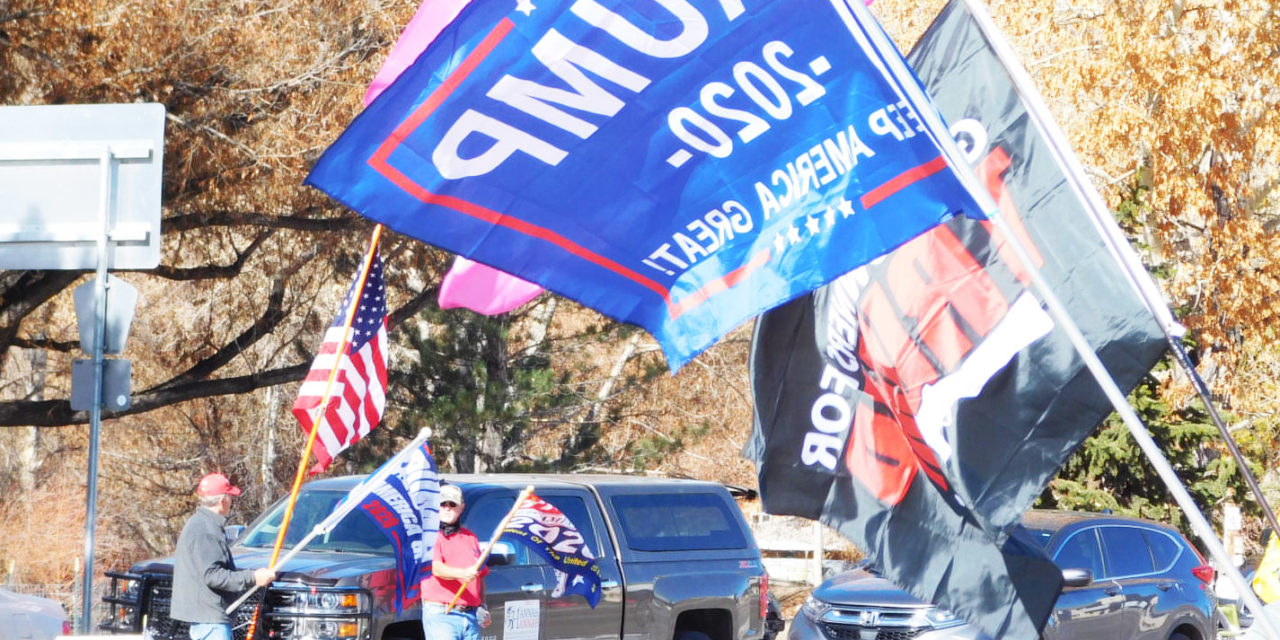 It’s happened again. Incendiary language on social media is not new, but it appears to be part of a coordinated, increasingly-militant profile by a threatening segment of the population that should concern Coloradans. For months, the Colorado Department of Public Health and Environment (CDPHE), Tri-County Health, and dozens of county public health departments across the state have received threats related to the COVID-19 pandemic situation in Colorado.

This week, officials of the Parker, Colorado Republican party began doxxing their public health officials on a site dedicated to that purpose, as they “chafe” under public health orders. By announcing some sort of militant effort, they appear to be encouraging the endangerment of the very people whose job it is to protect the health of residents. This is the second doxxing attack by GOP leaders in Douglas County in December.

In another era, we might refer to this as “lashing out irrationally,” but in today’s charged environment, this is serious. 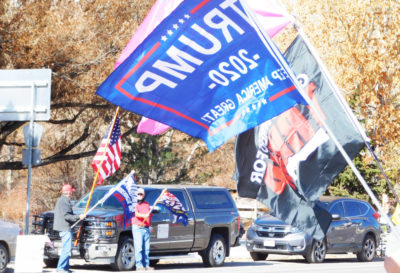 Trump supporters line the corners of Main Street and Highway 24 in Buena Vista on Oct. 31

KUSA (9News) affiliate Kyle Clark reported via Twitter yesterday that “the head of the Parker Republicans is doxxing public health workers in retaliation for COVID-19 restrictions, publishing their home addresses, promising, ‘Patriots are going to show you the errors of your ways’.”

According to Clark, on Monday, Dec. 28, Mark Hall, co-chair of the Parker Republicans, began posting the names and home addresses of public health employees online with veiled threats of retribution for COVID-19 restrictions.  “Take this information and make your own decisions,” wrote Hall.

The remarks on the Facebook group not only didn’t appear to raise alarms among area leaders, rather, they quickly attracted two high-profile members: Republican Douglas County Commissioner Lora Thomas and Parker Mayor Jeff Toborg. Thomas’s spokeswoman said she joined the group to monitor its activities. Toborg said he accepted an invitation to join the group without looking at its purpose or content. Only later did Thomas release a statement saying she was not condoning the doxxing of public health employees when she joined the Facebook group dedicated to doxxing public health employees.

As reported by Clark on this Dec. 29 9News piece , Hall went on to write “We will publish the names/addresses of these people with no law enforcement abilities. If they want a war, we can give them that but it is time for a revolution.” Hall went on to outline his intended targets while announcing this new effort on his own Facebook page as well.

As reported by KUSA, Hall outlined his intended targets; “If you work for the state, CDPHE, Tri-County or other agencies, you are on the radar, at your homes and elsewhere,” Hall wrote. “You want to be Anti-Americans; Patriots are going to show you the errors of your ways. We didn’t ask for this but you brought it on.”

According to Douglas County Sheriff’s Office spokeswoman Deputy Cocha Heyden they concluded that “the group doesn’t appear to be violating any rules”. Heyden said Douglas County Sheriff Tony Spurlock, who is seen posing with Hall in photos online, was aware of the page. She did promise that the sheriff’s office would monitor the page and respond if anyone called to report a crime.

Lacking from those conclusions is the context in which they are appearing; where right-wing militias have instigated race-driven riots including the devastating Charlottesville, Virginia tragedy, surrounded state capitols, plotted to kidnap and execute state governors, and are shutting down formal state events from New Hampshire, Vermont to Washington state and the streets of Washington D.C. .  Only days ago, a domestic bomber (if he were Black or Muslim he would be called a suicide bomber) blew himself and his RV up in downtown Nashville, TN. Motive? Unknown.

Where have Chaffee residents heard language like this before? From our own, home-grown, so-called “Patriot” group.

Not only has this “patriot” movement gained attention this past year, but Chaffee County has one of the largest Patriot Facebook groups in the state, if not the country. Earlier this fall, they began doxxing people they viewed as hostile to their effort on their Facebook group,  and expressed threatening language about the Chaffee County Public Health Department. But in that case, Sheriff John Spezze took a serious stance, informing the patriot doxx-ers to “knock it off.”

Unanswered is whether Sheriff Spurlock is actually part of the Patriot Facebook group to which Hall posted. In Chaffee County, in August, no less than 27 members of county and municipal law enforcement were identified as members of Chaffee Patriots; 17 are staff of the Buena Vista Correctional Facility. After beginning as a public group, it was taken private, and its current administrators are spouses of county and municipal law enforcement.

It should be noted that Douglas County, specifically Parker and Elizabeth, appears to be the seat not only of conservative/right-wing residents who continue to claim that the COVID-19 virus is a hoax, and are unhappy with the 2020 election results, but also appears to have an element of the population who are believers in Q and QAnon.

This absurd, cult-like element, which thrives on 21st century urban myth stories, believes there is a secret “deep state” cabal of Democrats, liberals (and anyone who doesn’t agree with them apparently) that are satanic pedophiles, that Trump is fighting, and that everything Trump says, including his often incomprehensible comments, means something in code. Facebook banned QAnon groups in October.

While opposition to COVID-19 public health restrictions is fueling the latest incidents, a percentage of the population continues to spread a false narrative that Donald Trump was the victim of mass voter fraud (which courts have repeatedly dismissed as non-existent).

CDPHE issued this statement regarding the threats: “We are notifying the proper authorities and taking the actions necessary to protect our staff, who are working tirelessly to respond to this pandemic. We are disappointed and disheartened by the doxxing, but are confident that most Coloradans are behind us and understand that our public health protocols are necessary to protect everyone’s safety and wellbeing.”

Within hours of posting names and home addresses of public health employees, the GOP’s page had a new submission of health inspectors’ business cards. “For the list,” wrote the poster.

These are not the first instances of doxxing related to COVID-19 in the state: Not only has Chaffee County experienced it, but a Denver Post reporter was doxxed, and a grocery store worker was threatened, reportedly by Hall, for her political views. “Have your exact location thanks to your information,” Hall messaged, according to Colorado Politics. “Patriots are on the way.”

While Hall’s comments may well have been deemed non-threatening by Douglas County — they beg the question — if this isn’t threatening, what is? And — what’s next?

Which brings this back to this still unanswered question posed by Ark Valley Voice months ago: what is the purpose of these so-called ‘patriot’ groups?