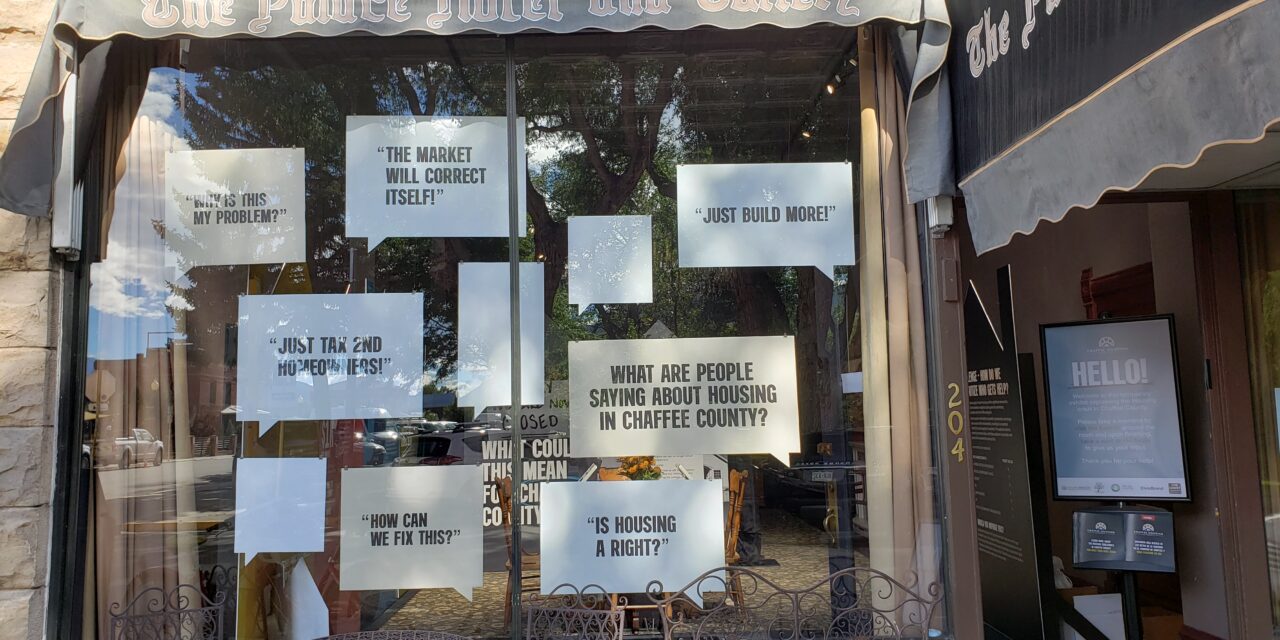 To solve a problem – first you have to accept that the problem exists.

It is no secret that Chaffee County, indeed much of the central Colorado Mountain Region and the state of Colorado, is in a workforce housing crisis. This is not new news — the 2016 housing needs assessment study gave us fair warning of the rising housing needs to maintain a community where the workforce could afford to Iive — not just work.

We listened – sort of. A Housing Policy Advisory Committee (HPAC) was formed. That HPAC worked together toward the creation of a county office of housing, the hiring of  Housing Director Becky Gray, and then an independent intergovernmental entity — the Chaffee Housing Authority became a reality; creating the structure for the county and its municipal areas to collaborate toward a goal of focusing on workforce housing across the county. 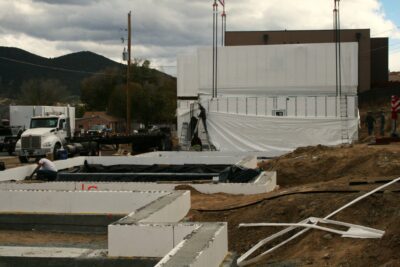 Not only did Chaffee, Buena Vista, and Salida cooperate, but after the county finalized its Comprehensive Plan and then began work on a revision to the Chaffee Land Use Code, so too have the municipal areas of BV and Salida.

The wishes of the county population have come through loud and clear in a one-sentence articulation: “we want you to keep the city in the city, and the country in the country.”

While there are many facets to a comprehensive (comp) plan, this much is fact: to meet the wishes of the population to keep the city and the country where they are, while encouraging workforce housing, requires both enforcing the comp plans and being willing to negotiate the trade-offs.

To accomplish this in the face of rising home costs, rising material and labor costs, within a county with very little available land for development but with a desire to stop sprawl, some hard decisions have to be made.

The county development staff, the towns, and the City of Salida include lists of negotiated trade-offs that might on a case-by-case basis, be considered to achieve workforce housing goals. The Comp Plans also make it clear who does the negotiating on behalf of the people’s wishes; the county and municipal development staff working with Planning Commissions and elected officials. 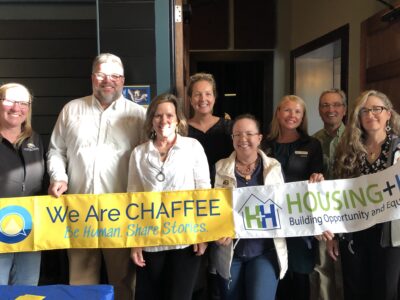 The Scope of the County’s Housing Needs

A state report issued in August, 2022, made the scope of the Chaffee Local Housing Crisis crystal clear: According to the 2022 housing needs assessment, Chaffee County needs 1,105 more workforce housing units by 2027. This includes 435 units needed right now just to catch up with latent demand. Another 670 units are needed through 2027 to address job growth and retirements.

The question (which AVV will return to in this series) has to be asked: what impact on a community does the lack of housing for these professional workers — the lifeblood of a safe and functioning community have?

Chaffee is not alone in mountain counties facing housing challenges. Just last week, Vail Resorts, the largest employer in the Vail Valley, announced a $17 million housing complex to help provide housing for its employees. The Town of Vail has a goal for its local government to buy up properties and place deed restrictions on them, chipping away at the town’s goal to acquire 1,000 additional deed-restricted properties by 2027.

Another question: Could wide-scale deed restrictions work in Chaffee county? (AVV will return to this in this series)

The Reality of Construction Budgets

Say you’re a middle-class family setting out to build a home here in Chaffee County. You set a construction budget for the overall house; something your income can handle (hopefully within 30 percent of your income, but these days, likely more). 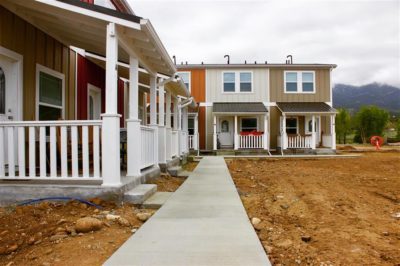 But along the way, to stick to that budget, you face a myriad of decisions requiring trade-offs to meet your budget; these may include the finishes, fixtures, appliances, counter stock, and standard or luxury elements of your house design. Some may put off putting in tile bathrooms.

Others may decide on higher-value kitchen cabinets, but only standard insulation. You might decide on better roofing, but lower-end tile in the mudroom. The idea is to keep the total cost and the initial mortgage payments within a range you can reasonably afford to pay.

Private developers have to work on construction budgets too. With the plethora of fees associated with development, developers working with local governments can choose to negotiate some of them. Governments can push to get more workforce housing units within the proposed development. They could do this by waiving tap fees, allowing a waiver of building height if that section is set back from the street, reducing the housing unit’s distance from the sidewalk, or requiring only one parking space per affordable unit.

In October 2022, Salida Community Development Director Bill Almquist  wrote a guest piece for Ark Valley Voice in which he laid out what he called “The dirty little secrets of permanently-affordable housing.” We encourage you, if you haven’t read it, to click on the link and read Almquist’s wisdom on this.

“Affordable” housing doesn’t mean it’s cheap to build. Locally, even the most basic units now cost around $300-$400 per square foot to build—especially when you factor in the price of land, infrastructure, materials, labor, and “soft” costs like interest on a building loan.

People who own property have a right to develop their property. In a housing crisis like we’re experiencing, guidance from local governments can include requiring that the private developer include a certain number of affordable units, or a percentage of total units as workforce housing, or approving the waiver of tap fees to help the developer meet their production budgets, in exchange for more units.

“It costs as much for the basic construction of so-called “affordable” units as to build for the second homeowners,” said Diesslin Construction owner John Diesslin. “There have to be some incentives to commit to building these.”

“We’re trying to build things that are good, to pay it forward… it’s quality of life,” he added. “The market is between $500 and $600 thousand for these if they were sold, but the proposal is for apartments that will be deed-restricted. In fact, we’re running all our apartments below 85 percent AMI (average median income).

Explaining the urgency felt by the Salida City Council, Kasper added that what the council likes about a project moving through the approval process such as the one proposed for 505 Oak St., is that there are a number of units, especially rental units, and a variety of units of different sizes.

“The 505 Oak Street project provides 34 of 44 units that are rentals. These are one, two and three-bedroom units that can house a total of up to 70 people, which is more than one percent of the population of Salida,” said Mayor Dan Shore. “The 34 rentals will more likely go to people who work here. Condominiums would more likely go to second homeowners.” He adds, “I understand that for some people, the notion of density creates anxiety. But if you really want to tackle workforce housing, you can’t without a willingness to pursue density.”

Negotiated adjustments like these are being done all over Colorado in most areas where the housing crisis has been documented. Why? Because the housing crisis is not going away. The population of Colorado grew by more than 14 percent in the last census, and growth is predicted to continue across the state.

But the current climate in Salida contains an element that appears opposed to the development of workforce (otherwise termed “affordable” or “attainable” housing) within the city, and they are doing it by objecting to density, setbacks, and even the style of proposed development –some of which haven’t yet been designed.

It’s time to face it: density is a requirement if this county and its municipalities are going to begin to address the shortage of workforce housing and retain the rural quality of life of this county. The City of Salida’s comprehensive plan envisions housing within the city center and city proper, with workforce and affordable housing near to public transit and the workplace. It includes density tradeoff parameters.