The Pike-San Isabel National Forests and Cimarron and Comanche National Grasslands announced this week that Perry Edwards has been appointed the Salida District Ranger. He will manage more than 440,000 acres of National Forest System lands in central Colorado, including seven of the state’s 14,000-foot peaks. 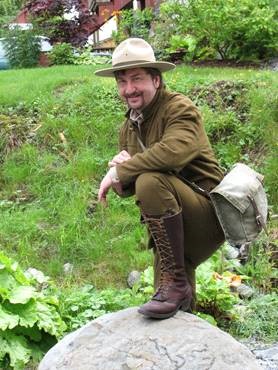 Edwards brings more than 30 years of experience to his new role. He started his career in 1989 doing volunteer fisheries restoration work on Prince of Wales Island in southeast Alaska and has worked in Idaho, Oregon, and northern California. During his time on the Tongass National Forest’s Sitka Ranger District, Edwards served as a Fisheries and Wildlife Biologist as well as the District Ecosystems Staff Officer, leading experts managing watersheds, fisheries, wildlife, timber, silviculture, and subsistence as well as botany and invasive species.

Most recently, Edwards has served since 2014 as the Sitka District Ranger on the Tongass National Forest. In this capacity, he managed numerous recreation opportunities as well as unique geological formations located on the Baranof and Chichagof Islands on the outer coast of the Gulf of Alaska.

“It sounds cliché, but I really am humbled and honored for the opportunity to work with the employees of the Salida Ranger District as well as the communities associated with the Salida Ranger District and the Pike-San Isabel National Forests & Cimarron and Comanche National Grasslands. I also look forward to continuing the district’s engagement with our partners, visitors, and elected officials who work together to care for our public lands,” said Edwards.

Edwards holds a Bachelor of Science degree in Wildlife Management from The Ohio State University. He succeeds Jim Pitts, who served in the Salida District Ranger position before taking a job as the Pike-San Isabel National Forests and Cimarron and Comanche National Grasslands Deputy Forest and Grassland Supervisor.