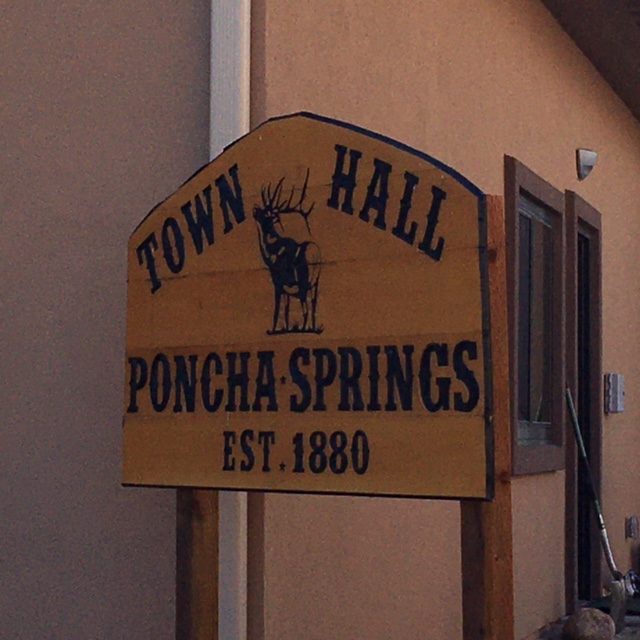 On Monday, March 23 in their regular meeting, hosted on GoToMeeting, the Town of Poncha Springs Board of Trustees adopted a Declaration of Emergency in a resolution concerning the coronavirus (known as the COVID-19) pandemic . The resolution had been prepared last week, but needed ratification by the full Board of Trustees.

Mayor Ben Scanga began the meeting with a Confirmation of Emergency with a copy of the Governor’s March 10, 2020 Declaration of Emergency, entering it into the Town of Poncha Springs Board of Trustees record.

Resolution 2020-05 which was adopted by the Town of Poncha Springs, declares an emergency and provides emergency authority to the Town Administrator, Mayor and Mayor pro-tem. The Poncha Springs Board of Trustees then discussed section 5 of the resolution, which outlines the powers, enforcement and authorities granted during the declared emergency. All authorities within the town are also in sync with the Chaffee County emergency declaration and powers, which supersedes municipal authority across the county.

The Trustees opened the Public Hearing for the Moltz Property, and Mayor Ben Scanga immediately tabled the topic; with the Trustees’ meeting taking place online, it made  it harder for the applicant to present information and difficult for the public to participate. The hearing was continued to a later date to be determined, to better allow for public comment.