In its first mostly in-person board of trustees meeting since prior to the COVID-19 pandemic, the Poncha Springs Board of Trustees got down to business, swearing in new Trustees Katie Davis and Evalyn Parks, as well as returning Trustee Adrian Quintana.

The board held a public hearing for the Tailwind Village Filing No. 2 Final Plat and unanimously approved Ordinance #2022-3 for the final plat of this proposed major subdivision. 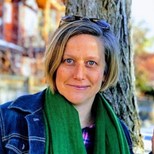 The 54.25 acre project proposed for 7625 West U.S. Hwy 50, lies south of U.S. 50 and north of Little River Ranch, on land already annexed from unincorporated Chaffee County. The subdivision divides the parcel into 52 lots, including a 30.89-acre out-lot.

There were questions that required clarification, specifically regarding the diversity of housing stock in the proposed project and the project’s parkland.

“It’s a mix of housing types. We’re trying to address housing needs,” said Tracy Vandaveer … “there are 29 dispersed, single-family lots. There will be 18 duplex lots mixed in. There will be two mixed-use retail-ready lots and two multi-family lots adjacent to the multi-family lots in the Tailwinds Filing 1. We have one to-be-determined lot — lot 49 — so we have 52 total lots. The pedestrian trail will be connecting to the future park in this area.” 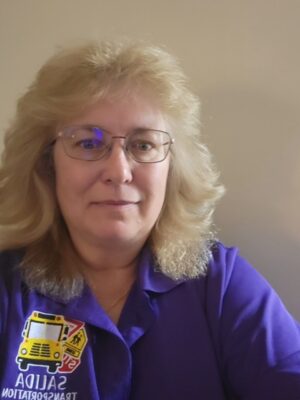 “Even if it’s sold, there is a stipulation that the parkland for this phase is included in that dedication,” said Town Administrator Brian Berger. “It will be included in future subdivision of lot 2 and this is going to be in three phases. So whoever commits to that property is going to commit to the same area for the park.”

A second public hearing for 145 Chipeta considered the approval of the Ward Cabin project, a complicated three-part approval process that involves realignment of an existing boundary lot line further away from the back door of the existing house, the splitting of a lot into two separate lots, and then final approval of a multifamily site plan. That approval will allow the Ward family, led by Nate Ward, to build four small cabins on the new second parcel. “Two for workforce housing, two for short-term rental, which can help subsidize the workforce housing rent costs.

During deliberation, the trustees asked for clarification of what Ward considered workforce housing. “So what is workforce housing, how are you deciding that,” asked Parker. “Is it McDonald’s wages — or is it Walmart [wages]?”

Ward said he would need to contact the Chaffee Office of Housing to find out, but that ” I think it would be as fair as I can make it.” He added that he considered “Long-term rental is six to 12 months. They are small, so they won’t stay there forever – it’s a place to live while planning their next step.” 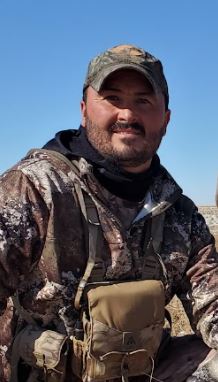 Adrian Quintana was re-elected to the Poncha Springs Board of Trustees. Courtesy photo.

The proposal for four cabins, two for long-term rental and two for short-term rental is at plan stage. Trustee Dean Edwards clarified for the group that in making his request, “Ward isn’t requesting approval of the short-term rental [permits] here. He will need to come back and go through that process.”

The trustees unanimously approved the reappointment of Town Administrator and Treasurer Brian Berger, the City Attorney Gerald Dahl, and Janine Bertram was promoted from deputy city clerk to city clerk.

The Board of trustees listened to a bid presentation for the sandblasting and recoating of two of the city’s water tanks on the north side of town, with the bid awarded to Viking Industrial Painting. The town received 13 bids.

One of the 100,000 gallon tasks was installed in 1993, and a 160,000 gallon tank was put online in 1998. The bids are for sandblasting and recoating inside and outside (the inside is most important for water storage). Berger noted the 1998 tank is going to get exterior paint as well, but the older tank has outside insulation that can’t be painted.

“This is one of the largest turnouts we’ve gotten,” said Berger. “[Viking Industrial] specializes in sandblasting and redoing water tanks. We had several in the range of $175,000 – some higher-end and a couple lower-end, and I reviewed them with town engineers and checked their references.  The Viking bid received unanimous acceptance.

The next Poncha Springs Trustee meeting will begin at 6:00 p.m. May 11.