The Poncha Springs Board of Trustees made a decision during their January 28 regular meeting to table a vote on the Spartan Heights multi-family site plan review, and heard an overview of the state of the Salida School District from superintendent David Blackburn, indicating the town will need a new elementary school. They voted to deny a W-1 Warrant for the Tailwind development that would have allowed for duplexes to be built on lots previously approved for single-family housing, and approved a new IGA (intergovernmental agreement) with Angel of Shavano Recycling.

Salida school superintendent Dave Blackburn addressed the Board, saying that demographics showed that Chaffee County was going to continue to grow: “persistent, steady growth” for the foreseeable future, and that impact fees from all the development in Poncha Springs were not going to be enough to offset the demand for more classroom space in the Salida School District as the town grows. “The cost of one (additional) classroom is $600,000,” Blackburn said, noting that the figure includes not just bricks and mortar costs, but the cost of teachers, additional staff, and other services needed to add more students. “The question the Board needed to be thinking about,” Blackburn concluded, is “Where does Poncha Springs want its elementary school?”

The Salida School District made a second appearance connected to the issue of growth, during the public hearing for the Spartan Heights development. The school district owns the land that is being developed by DSI for affordable housing, primarily so that the district can continue to attract teachers. DSI representatives pointed out that “(starting) teachers can only finance $175,000 on a mortgage”. A combination of low starting salaries and high housing prices in Chaffee County, means Chaffee County rentals or purchased housing are not affordable for new teachers. This reality lies behind the site plan request for two four-plex buildings, to be built on the last two lots in the Spartan Heights development, lots # 9 and 10, which would be accessed off Spartan Alley. The four-plexes would be 1- and 2-bedroom apartments, renting for $600-700 per month.

Mayor Scanga, in response to a comment from a neighbor whose property abutted the lots, during the public hearing, asked whether the four-plexes could be moved to a different area of the location, rather than those specific lots. The developers replied they could possibly be moved to lots #5 and 6, which had been promised to Habitat for Humanity. After discussion of the proposed size of the units, the availability of water taps, and parking, the Board voted unanimously to refer the plan to the Planning and Zoning Commission, and tabled a vote on the approval until its next regular meeting in February.

The Board then heard a request for a W-1 warrant from the developers of Tailwinds, to enable the purchasers of lots 39-49, on the north side of E Poncha Avenue, to construct duplexes instead of single-family houses. The developers argued that they had thought that the T-3 zoning allowed for duplexes as well as single-family houses by right, rather than warrant. They explained they now seek a W-1 warrant because the lot buyers want to build duplexes. “We have to make housing denser and more affordable,” they concluded: “it’s a necessity and it’s a reality in this community – this is the future.”

Mayor Scanga disagreed, saying the original lot approvals should stand: “We need to stick to what we approved” which was single-family housing. He made the motion to deny the W-1 warrant. Trustee Thomas Moore seconded, and the motion passed unanimously.

Mickey Barry, owner of Angel of Shavano Recycling, requested Trustees consider development of a new IGA, which would increase the subsidies that Poncha Springs and the other governmental bodies pay for his company to provide recycling services to the county. Among the reasons he cited for the increase were the fact that costs of fuel and labor are going up, while the market value for recyclable materials is going down. Mr. Barry’s father, Michael Barry, owner of a large recycling business based in the Midwest, was also present, and made the argument a little more forcefully that decreased global market demand was the driving force behind the rate increase. He asserted that “trade wars with China have really affected the markets globally” for recycling.

The Board, however, seemed less interested in global issues than local ones: their questions were almost entirely focused on the issue of when fencing would go in at the Angel of Shavano site. Trustee Dean Edwards, noting that money had already been budgeted for the subsidy increase, made a motion to approve the IGA based on the permanent fencing going in; this motion passed unanimously.

In other business, the Board approved a logo design for the town’s water storage tank, discussed a plan for their leas-able water for the upcoming year, and approved the staff’s 2019 holiday schedule. 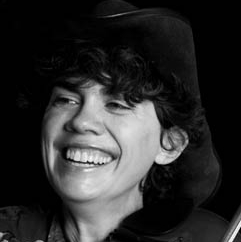