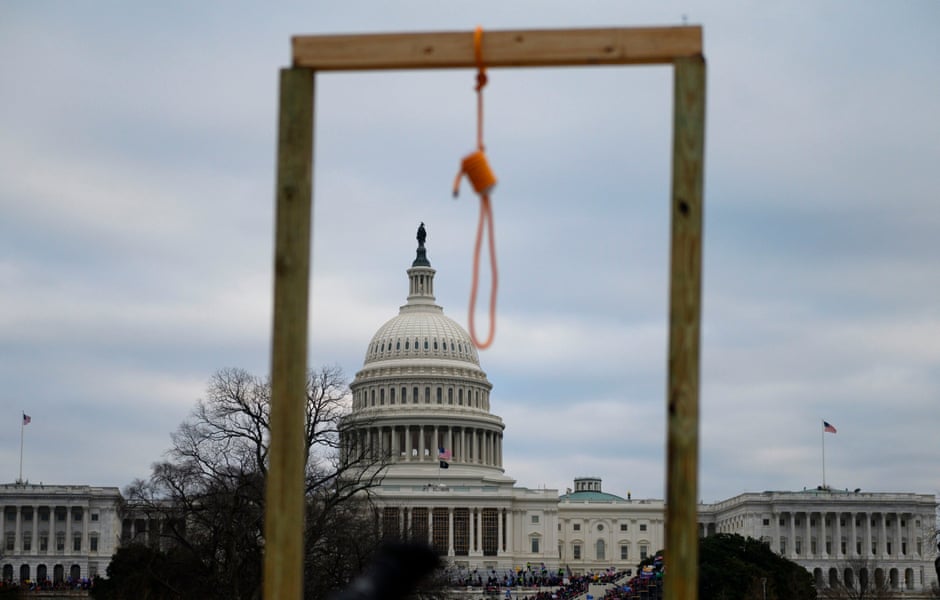 In the wake of the insurrection at the Capitol last Wednesday January 6, 2021 (words still surreal to write), seven Republican members of Congress submitted a letter to President-Elect Joe Biden. The letter congratulated President-elect Biden on his win and asked him to discourage House Speaker Nancy Pelosi and other Democrats from pursuing impeachment or the 25th Amendment. 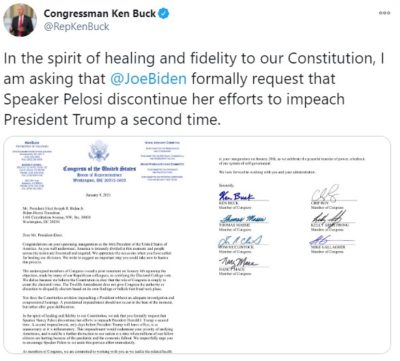 On Twitter, Colorado GOP Chair, Representative Ken Buck, one of the seven signers  said, “In the spirit of healing and fidelity to our Constitution, I am asking that @JoeBiden formally request that Speaker Pelosi discontinue her efforts to impeach President Trump a second time.”

Others, such as House Republican Leader Kevin McCarthy, said that impeachment will only serve to further divide the country and the two parties should come together.

“Impeaching the President with just 12 days left will only divide our country more,’ wrote McCarthy. “I’ve reached out to President-elect Biden today and plan to speak to him about how we must work together to lower the temperature & unite the country to solve America’s challenges.”

Still others like militia icon and former Navy Seal, Representative Dan Crenshaw  from Texas, took a less than helpful hard line approach. In response to President-elect Biden’s tweet about the clear lack of law enforcement preparedness for this event compared to Black Live Matters protests earlier in the year, Crenshaw rebuked the President-elect saying, “Not the time. This [President-elect’s tweet] is disgusting and divisive, not to mention hypocritical and false. You said you wanted to heal the country. Actions speak louder than words.”

In stark contrast to these GOP responses, new and more revealing details about the violent and sinister reality of the insurrection streamed from news sources both inside the Capitol building and all around Capitol hill. 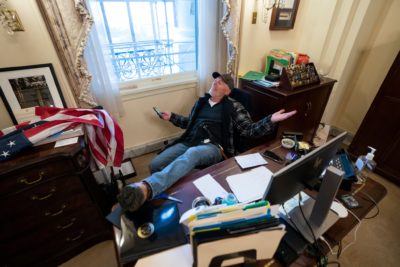 Richard Barnett, 60, from Gravette, Ark., posed for photographs in Speaker Nancy Pelosi’s office during the siege at the Capitol on Wednesday.Credit…Jim Lo Scalzo/EPA, via Shutterstock

In a CBS interview with Lesley Stahl, House Speaker Nancy Pelosi recalled hearing the insurrectionists asking where she and her staff were as she was led away by Capitol Police.

Newly-sworn in Congressional Representative for Colorado’s Third District Lauren Boebert, in office only four days, actually live-tweeted from the halls of congress to let the violent mob know the whereabouts of House Speaker Nancy  Pelosi.

If there was any doubt what they would have done to her had they found her, reporters and photographers recall insurrectionists calling for the execution of Vice President Mike Pence.

“I heard at least three different rioters at the Capitol say that they hoped to find Vice-President Mike Pence and execute him by hanging him from a Capitol Hill tree as a traitor…It was a common line being repeated.” said Jim Bourg, news pictures editor in Reuters’ Washington Bureau.

Among the dozens of police arrest affidavits released since the insurrection, one outlines the discovery of 11 Molotov cocktails found in the bed of an Alabama man’s pickup. The pickup’s owner, Lonnie Coffman, had attended the riot at the Capitol earlier in the day and was arrested upon his return to his vehicle.

According to the arrest affidavit, lab analysis of the liquid inside the Molotov cocktails revealed it was a mixture of gasoline and Styrofoam making it much more lethal when ignited. The Styrofoam made the mixture into a gel similar to napalm which helps it adhere to people and objects.

Is this reality escaping some prominent members of Congress? Are federal state and local leaders, not paying attention to the lessons of history?

Overlooking this as “just a passionate crowd” mistakes what this really was. George Washington did not make that mistake when firmly putting down the Whiskey Rebellion.

Can we really “heal” during what appears to be an ongoing insurrection? Experts in terrorism say that failing to swiftly and resolutely deal with the perpetrators of an insurrection such as what we are seeing will most assuredly guarantee more violence and bloodshed. Our own history is proof of that.