After five years of tireless and dedicated service, Buena Vista Town Administrator Phillip Puckett is stepping down from that administrative position to focus on family and reconnect with his roots.

Puckett, who moved to Buena Vista (BV) from Texas in 2010, has dedicated the last decade to serving BV and transforming it into a modicum of small-town dynamics and policies. 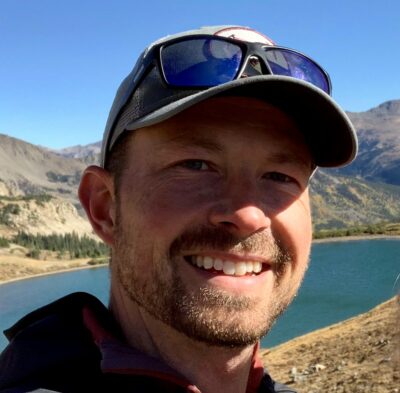 Puckett, now 42 years old, will be transitioning into the role of Town Treasurer, which he says will allow him to spend more time with his family while simultaneously utilizing his prowess for accounting and bookkeeping.

It’s a win-win for the town of BV, despite the very large shoes he leaves to fill.

Originally from Dallas, Texas, Puckett began visiting BV in the late 90s. He says he immediately fell in love with the dynamic mixture of nature and culture the Arkansas River community had to offer.

“I fell in love with the river area and small town feel.  It’s the mixture of community with natural resources and natural beauty in the area,” said Puckett with a cheerful reminiscence.

Puckett saw the potential BV had to drastically transform his life and those of many others, but first he had to get there.

In 2010 Puckett made the move to BV and immediately started looking for ways to get involved in the community. He says he had little luck until one fateful day he attended a BV Board of Trustees meeting.

Puckett was immediately struck by the stark demographic contrast of the members of the board. He noticed there was little to no representation of the young adult community that was quickly beginning to thrive in the town. He realized that this was an opportunity for him to not only get to know the town better but to contribute to its future in a positive way.

In 2012, Puckett decided to run for an open trustee position on the board and won handily.  Despite his enthusiasm for the role, Puckett discovered very quickly that being a trustee in a small town is no easy task.

“It was a huge learning curve. There’s so much to local government”, explained Puckett.

With the help of mentors Joel Benson, Duff Lacy, and Keith Baker, Puckett was learning the ropes and quickly becoming immersed in the small town he so much wanted to be involved in.

He says it took him a solid two to three years to learn the subtle, and not so subtle, nuances of being an active and effective member of the board. He admits that learning the ins and out of small town politics was no easy task.

Yet Puckett knew he had a chance to represent the younger demographics in BV who did not know how to make their voices heard. In fact, in some ways, the residents of BV seemed to resist the ever-rising inflow of younger and younger people into town. Puckett saw this as an opportunity to improve.

Puckett immediately brought a fresh perspective to the board and in 2014, he started pushing more policy-based governance to handle the town’s needs. Up to this point, the board members were almost entirely volunteers who could only do so much on their own.

He says he knew a big change was needed to elevate the board to its utmost potential. So he suggested the board focus its efforts on policy, direction, and town support while simultaneously hiring a staff that would direct and guide in transforming BV into the town he always knew it could be.

“We set a new expectation for future boards”, explained Puckett.

After four years of dedicated service as a trustee, Puckett ran again in 2016 and won his re-election easily. His hard work and dedication were paying off and the town was taking notice.

Then in the spring of 2017,  the position of Town Administrator became available.

After working 18 years as a product and project manager at IBM, and remotely in BV since 2010, Puckett was faced with a harrowing decision when IBM wanted to move him and his family to New York.  He knew his place was in BV and promptly resigned from IBM and pursued the position of Town Administrator.

He knew it was a gamble, but in June of 2017, it paid off, and he was notified that he had been chosen as the new Town Administrator of BV.

However, Puckett had his work cut out for him. Staff turmoil and turnover says Puckett had left him with a board and town that not only needed a lot of work, but a lot of love and organization. Puckett’s main goal was to build a culture that would not only keep good people in the right positions to best serve the town, but would also build up its staff and fill vital roles. However, mending fences isn’t always easy in small-town politics.

“It was a huge challenge and I was very excited”, recalled Puckett.

But staffing alone would not restore balance to the town’s administration, Puckett knew he had to rebuild trust between the residents of BV and its leaders. He says he went to work transforming the role of Town Administrator into a medium between the wills and wishes of the people of BV, the Town’s staff, and the Board of Trustees.

He began explaining the why and the context of the needs of the residents in BV to the board and suggesting the policies needed to enact those changes. Puckett became the mouthpiece of the people of BV and there appears to be nobody better suited for the job.

Over the course of five years, Puckett has worked tirelessly day and night to create transparency and trust in a way no town Administrator had ever done before. His boots-on-the-ground approach and accessibility made it easy for the people of BV to speak up about the ideas they were passionate about and confident they were being taken seriously.

In a way, you could say Puckett was more of a “Town Mediator and Counsel” than simply the Administrator.

However, being a dedicated servant of the town comes with its costs. Puckett, who has three kids aging from eight years old to sixteen years old, was finding it harder and harder to carve time out for his family in between his endless list of responsibilities and commitments to the Town. When celebrated Town Treasurer Michelle Stoke announced she was stepping down from the role, the timing couldn’t have been more perfect. Puckett threw his hat in the ring and was immediately considered and chosen for the position.

“It’s the right time for me. I’ve put a lot of myself into this role [Town Administrator]”, Puckett said with what appears to be a sense of relief.

Fortunately, Stoke herself has been able to train Puckett in the role and facilitate his transition with great ease. He says her dedication and hard work as Town Treasurer has laid a solid foundation for Puckett to build on and move forward with.

“I am very excited to be starting into something in such good order and continue what Michelle has done real well,” explained Puckett.

In addition to building on what Stoke has worked so hard to create, Puckett says he’s bringing his own goals and ambitions to the position.

Above all else, Puckett is excited and relieved to have the chance to reconnect with the community of BV in ways he’s been unable to for the last five years.

“As I leave the Town Administrator role, I’m excited to reconnect with the BV community as Phillip Puckett again,”, he said, with a touch of excitement.

Puckett will provide an update on the ongoing hiring process of his replacement as Town Administrator at the next Board of Trustees meeting on Tuesday, July 12. Until then, the town of BV and its residents continue to show their gratitude for his dedication to making BV all it can and should be.