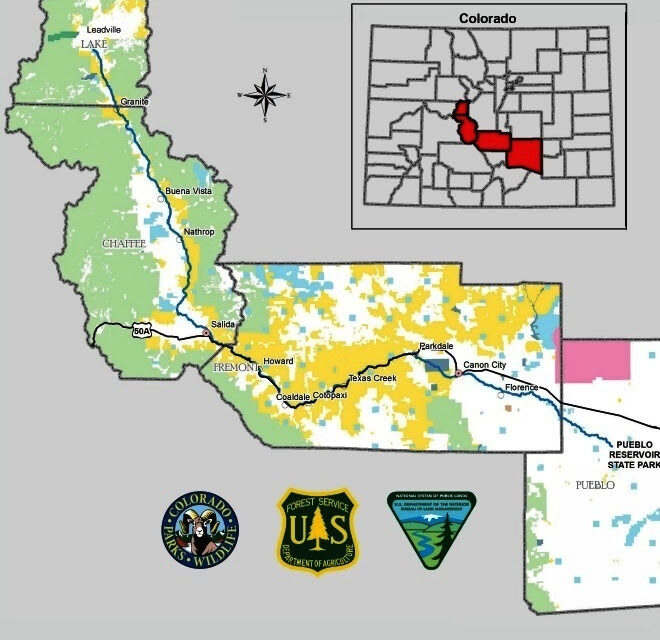 One man died on Saturday, July 24 after a commercial raft reportedly flipped in ‘rapid number 5’ on the Numbers section of the Arkansas River north of Buena Vista, according to Colorado Parks and Wildlife (CPW).

The Chaffee County Coroner identified the man as 51-year-old Brian Fitzpatrick of Colorado Springs. A press release from CPW reported, “A commercial rafting company downstream of the incident rescued a non-responsive man from the river and a commercial guide immediately began performing CPR…”.

Arkansas Headwaters Recreation Area (AHRA) rangers, Chaffee  County Sherriff’s deputies, and Chaffee County EMS responded to the 911 call. AHRA rangers and EMS personnel took further emergency action to save Fitzpatrick when they arrived but were unable to revive him. An autopsy established drowning as the cause of death.

There was no high-water advisory in effect on Saturday at the time of the incident. The Arkansas River within the AHRA is the most commercially rafted section of river in the country seeing over 180,000 commercial rafters in 2020. The Numbers section of the river is known for some of the most challenging rafting on the Arkansas with several class IV – V rapids.