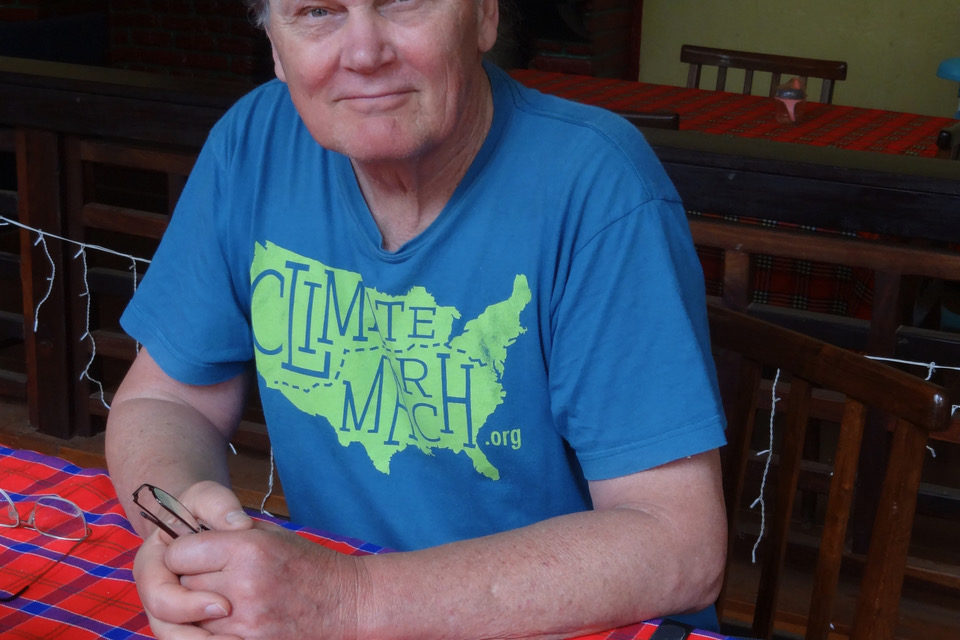 While Ark Valley Voice doesn’t have an obituary section, some people’s passing leaves an echo that ripples across geography, cause, and community. The passing of Robert Laird Parker left such a ripple.

Robert Laird Parker, “Bob” to some, died on April 1st, 2021, surrounded by family, after an 11-year battle with prostate cancer. He was passionate about caring for his family and friends, a fabulous artist in multiple media, and an effective and cherished climate warrior. 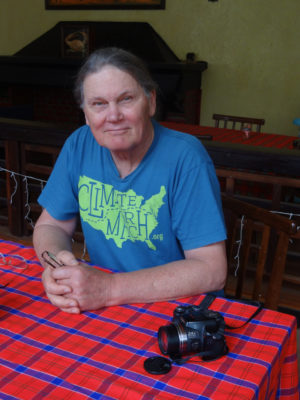 As a four-plus decade resident of Coaldale, Parker and his wife Kay have run the gallery and campground at Itty Bitty Lakes for much of that time. Being an integral part of that community was important to both Robert and Kay and they were both grateful for the support of many in that community during difficult times of his illness.

Parker was born in Tucson, Arizona, to MaryLou and Harold Parker. He graduated from Sunnyside High School and graduated from Northern Arizona University in Flagstaff with a degree in Fine Arts.

He put his artistic talent to work creating Middle Earth in Flagstaff, a Tolkien-themed coffee and sandwich shop with murals covering the walls. Later, he opened a similar place called Smaug’s Mountain in Tucson. Patrons entered Smaug’s Mountain through a 3-dimensional cave that opened into a coffee shop and performance space that looked like the inside of Smaug’s Mountain, complete with a peacefully sleeping Smaug (the dragon) covering the length of one long wall.

Parker also worked for a residential home and school for severely autistic children. He was bothered by the blank, sterile walls of the buildings and sought and was eventually granted permission to paint colorful murals on many of the walls of common spaces, including several undersea, forest, and pastoral scenes in vivid colors.

Parker was a successful artist, for many years traveling around the country, primarily in the Southwest, doing art shows, sometimes with many artists in public spaces, sometimes as one-man shows in hotels and other private venues. His art at that time focused on historically accurate and dynamic paintings of Hopi Kachinas in acrylic.

For several years, he was the Artist in Residence at Mesa Verde National Park, where he had access to the entire collection of archeological findings of the Ancestral Puebloans including the vast archives of at least 26 tribes, not available to the public. During that time, he painted many scenes of pots and other artifacts in realistic, but also somewhat fanciful, natural settings in acrylics, pencil, and pastels. He also created ceramic sculptures and large bronze sculptures of kachinas.

Following his time at Mesa Verde, Parker set up a gallery in downtown Durango, where he met Kay Hammond, whom he often referred to as his “soulmate”. Once married, they commuted between Durango and Coaldale for some years before moving permanently to Itty Bitty Lakes in Coaldale.

In his studio in Coaldale, Robert moved into wood sculptures; some sculptures were pure “art in nature” and others were artistic renditions of useful objects such as bird homes and walking staves. He also developed an interest in steel sculpture and created many fantastical beings in his steel studio. He always had multiple art projects going at once, in a variety of media—a particularly useful practice because it sometimes took months or even years for the “spirit” of the medium, especially with wood and steel, to fully reveal itself.

In addition to being a phenomenal artist in multiple media, Parker was an effective and cherished climate warrior for the past 20 years, fighting climate change locally, at the state level, and nationally. He was one of the founding Board of Directors of 350 Colorado, a state chapter of the national and international organization fighting climate change called 350.org. 350 refers to the level of carbon dioxide in the atmosphere that is safe. Our current level is 417! We still have a lot of work to do!

Realizing that individuals could only do so much to stabilize the climate, Robert became an active member of the Fremont County Democrats, working to elect people to office who care about stabilizing the climate and preserving a future for our children and grandchildren.

A Celebration of Robert’s life was held at Itty Bitty Lakes in Coaldale on April 18, 2021.

If you wish to make a donation to continue the fight against climate change in Robert’s honor,  do so at https://www.paypal.com/donate?hosted_button_id=FMPJK688S4XZU