Remembering the Nonviolent Message from the Mountaintop 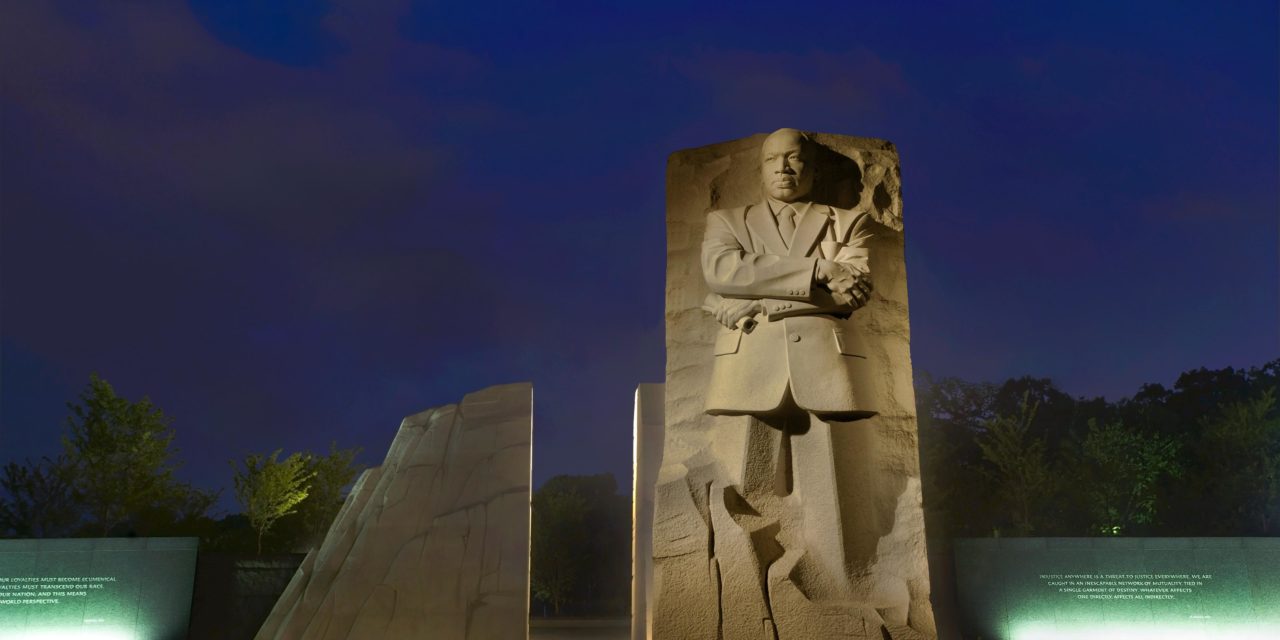 The man can get lost in the myth of  the movement he came to symbolize. It has been 58 years since Martin Luther King, Jr. delivered his famous “I have a dream speech” from the steps of the Lincoln Memorial in Washington, D.C. and 53 years since his death.

The movement for civil rights existed before King came on the scene, and it has existed in the decades since, as minorities of all colors and persuasions have marched, and spoken up for their rights to live, to engage in the pursuit of happiness guaranteed as the right of every American. It exists now in the plaintive movement that asks the American people to finally value black lives as we do others; to acknowledge that “Black Lives Matter”.

Born in 1929, King became an American Baptist minister, preaching from 1954 until 1960 at the Dexter Avenue King Memorial Baptist Church, where he began his Civil Rights activism. He  was the most visible spokesperson and leader in the civil rights movement until his assassination on April 4, 1968.

King is best known for advancing civil rights through nonviolence and civil disobedience. He credited his Christian faith for his stance, but more than once said he’d wish to be known for supporting human rights, not just civil rights.  For his nonviolence stance, in marches, and rallies, and speeches, he was arrested and jailed 29 times.

His prophetic last speech, “I’ve been to the Mountaintop”, was given in Memphis where he went to support striking sanitation workers. He delivered it one day before he was murdered.

King reiterated that the nonviolent movement needed to “keep the issues where they are. The issue isn’t justice, it is the refusal of Memphis to be fair and honest in its dealings with its public servants who happen to be sanitation workers.”

He describes police turning the dogs and the fire hoses on nonviolent marchers, being arrested and stacked in paddy wagons like sardines, singing “We shall overcome”.

“If I lived in China, or even Russia, any totalitarian country, maybe I could understand some of these illegal injunctions — the denial of certain basic privileges,’ said King.  “The greatness of America is the right to protest for rights.” He reminded his audience that Blacks in America are poor people, but together they were an economic force. Rather than violence, said King in that last speech, they should withdraw their economic support of corporate brands such as Coca Cola and Wonder Bread, and financial institutions and insurance companies that perpetuated discriminatory practices and beliefs.

It is a little remembered fact that King was nearly killed in 1960, stabbed by a woman who approached him while in New York City for a book-signing tour. The knife hit just shy of his aorta, causing doctors to say that if he’d have sneezed, he’d have died.

King was vividly aware of threats to his life; his plane from Atlanta the day before he was assassinated was held while new searches were done of the luggage. His final speech seems to foreshadow his death. “We’ve got some difficulties ahead. It doesn’t matter with me now, because I’ve been to the mountaintop…. like anybody I would like to live a long life… but I’m not concerned about that now. I just want to do God’s will, and he’s allowed me to go up to the mountain. Well, I’ve looked over and I’ve seen the promised land. I may not get there with you, but I want you to know tonight that we as a people will get to the promised land….”

People may not know of the poem by Walt Whitman that inspired King’s “I have a Dream” speech ..

“I dream in a dream”

I dream’d in a dream, I saw a city invincible to the
attacks of the whole of the rest of the earth;
I dream’d that was the new City of Friends;
Nothing was greater there than the quality of robust
love—it led the rest;
It was seen every hour in the actions of the men of
that city,
And in all their looks and words.”